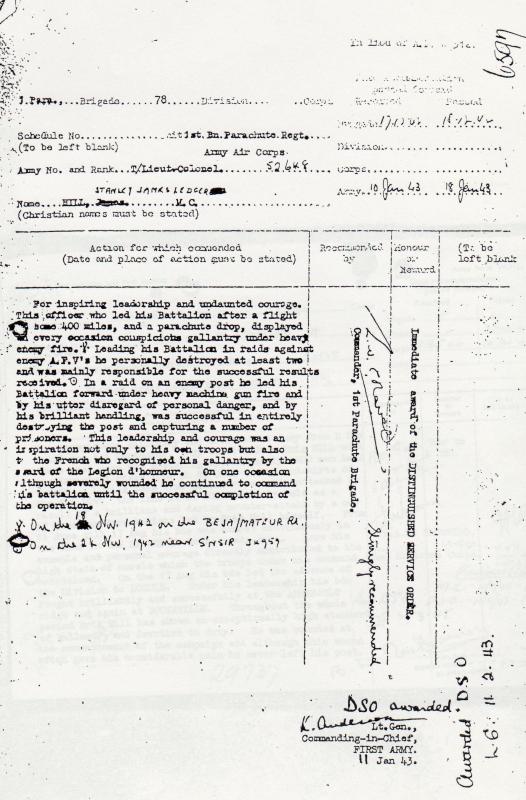 For inspiring leadership and undaunted courage. This officer who led his Battalion after a flight of some 400 miles, and a parachute drop, displayed on every occasion conspicuous gallantry under heavy enemy fire. Leading his Battalion in raids against enemy A.F.V's he personally destroyed at least two and was mainly responsible for the successful results achieved. In a raid on an enemy post he led his Battalion forward under heavy machine gun fire and by his utter disregard of personal danger, and by his brilliant handling, was successful in entirely destroying the post and capturing a number of prisoners. This leadership and courage was an inspiration not only to his own troops but also to the French who recognised his gallantry by the award of the Legion d'honneur. On one occasion although severely wounded he continued to command his battalion until the successful completion of the operation.