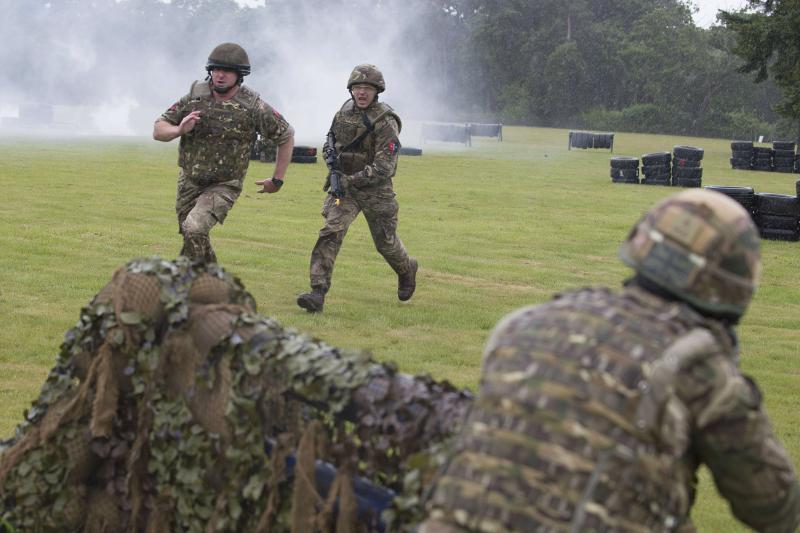 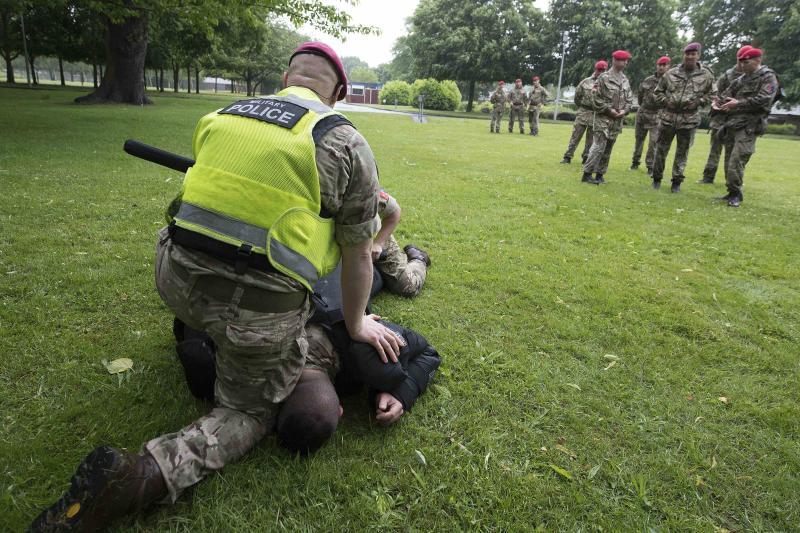 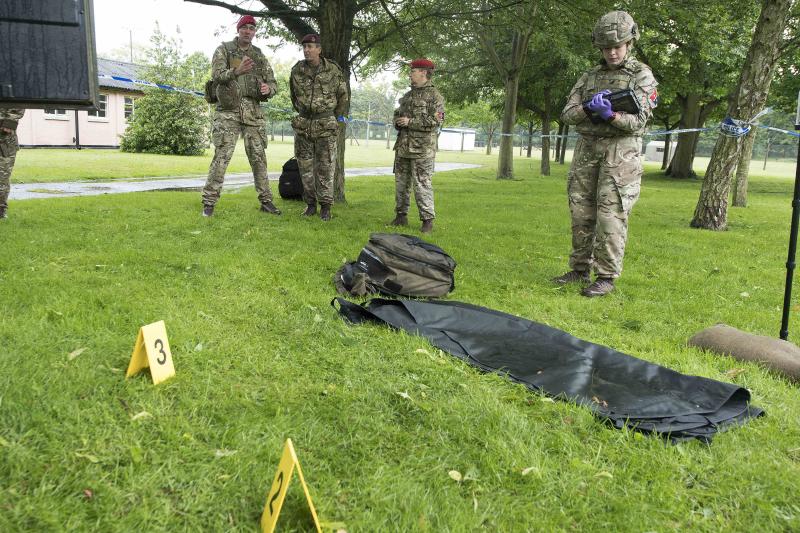 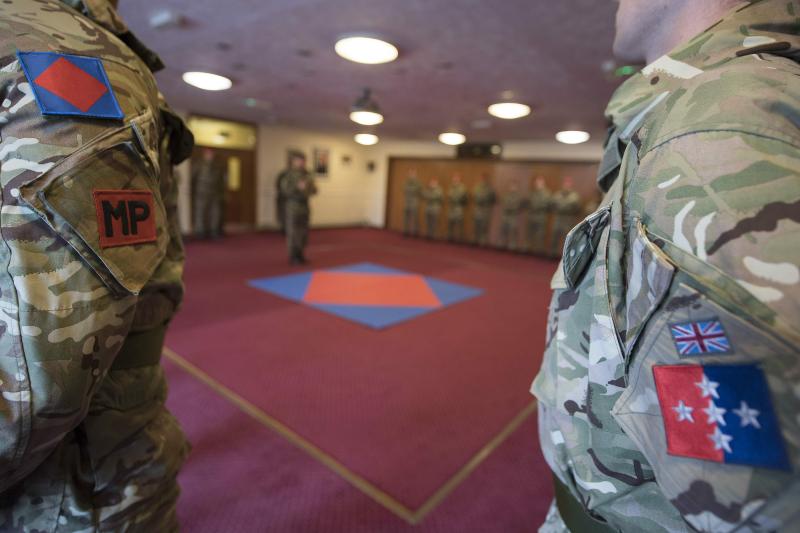 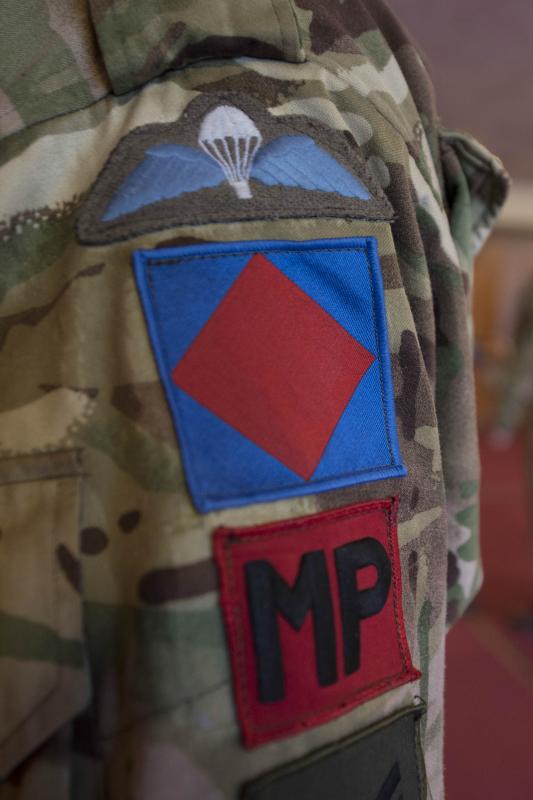 Colchester’s military police have asserted their airborne role and identity.

The Redcaps of 156 Provost Company, 4th Regiment Royal Military Police (156 Pro Coy, 4 RMP) were presented with a DZ flash by Lieutenant General James Bashall CBE, Assistant Colonel Commandant of the Adjutant General’s Corps. DZ flashes were introduced in the Second World War, the formative days of airborne forces, to enable soldiers to identify their colleagues and rapidly form up as units on drop zones.

156 Pro Coy would deploy a platoon of RMP soldiers on operations with 16 Air Assault Brigade, the British Army’s airborne rapid reaction force, including crime scene investigators from the RMP’s Special Investigations Branch and custodial specialists from the Military Provost Staff Regiment. They will be identified by a DZ flash showing a red diamond on a blue background.

Major Michael Boyd, Officer Commanding 156 Pro Coy, said: “It is a proud day for the Company to be presented with the DZ flash, which represents the unique role and history we have in provide policing support to Airborne Forces. We are trained and ready to deploy in support of 16 Air Assault Brigade wherever that maybe in the world, while also providing 24/7 policing presence at Colchester Garrison in support of Essex Police.”

Sergeant Luke Scarratt is a parachute-trained Redcap. He said: “On an operation, there would be RMP soldiers attached to The Parachute Regiment and able to jump in alongside them to offer our specialist policing skills, such as gathering evidence and detention, to help them achieve the mission. Working alongside paratroopers puts pressure on us to keep our soldering skills sharp, but gives the opportunity for us to shine. It’s great to have the DZ flash as a recognition of our airborne role.”

Lt Gen Bashall was given a tour of the Military Corrective Training Centre in Colchester, which provides corrective training for servicemen and women sentenced to periods of detention; saw the vehicles and equipment used by 4 RMP both on operations and for community policing in garrison towns; and the Specialist Operations Regiment demonstrated their forensic investigation and close protection skills.

Source: Courtesy of the MOD