Pegasus statue celebrates Airborne past, present and future, May 2017. 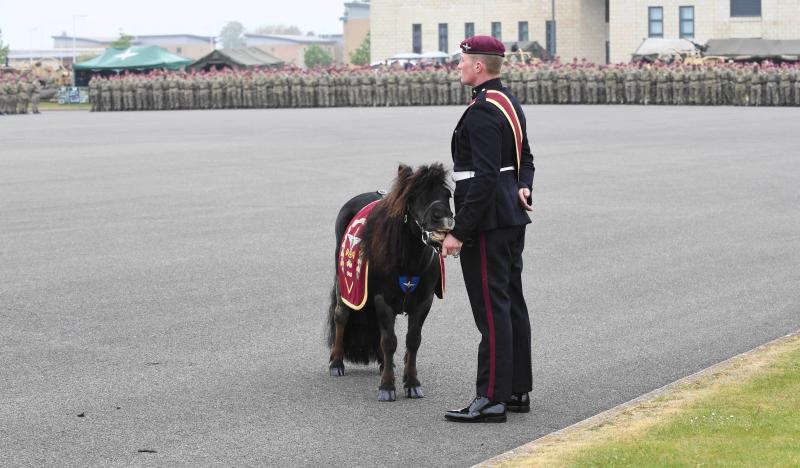 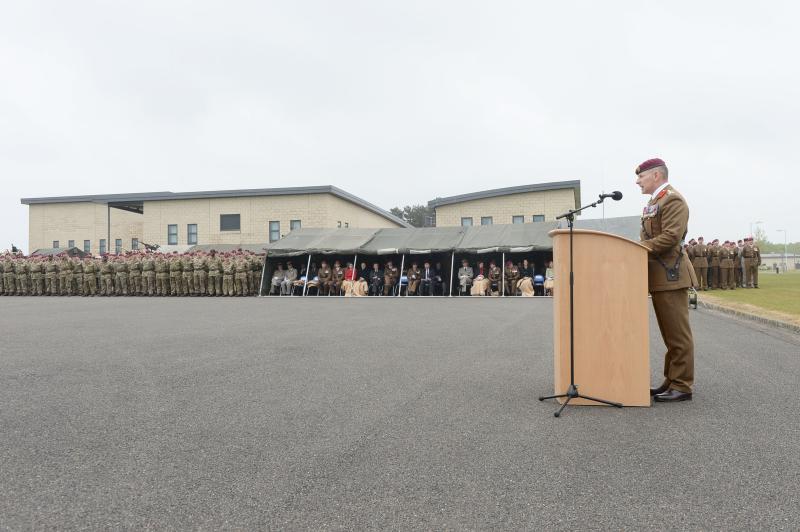 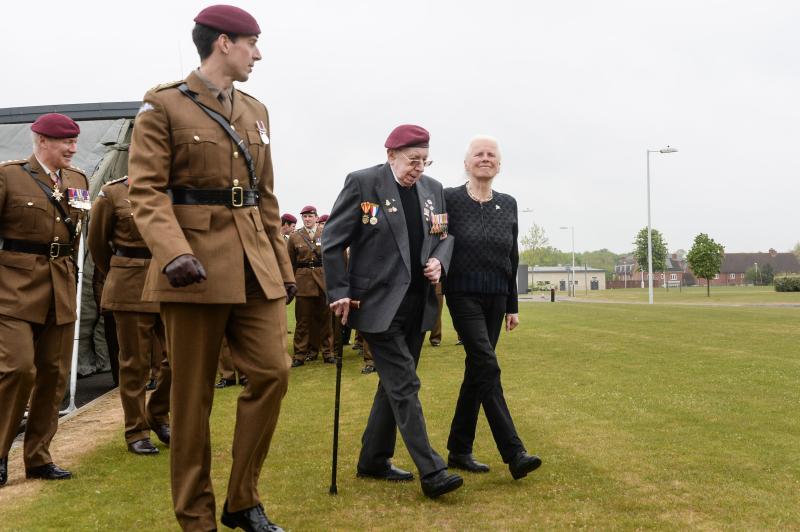 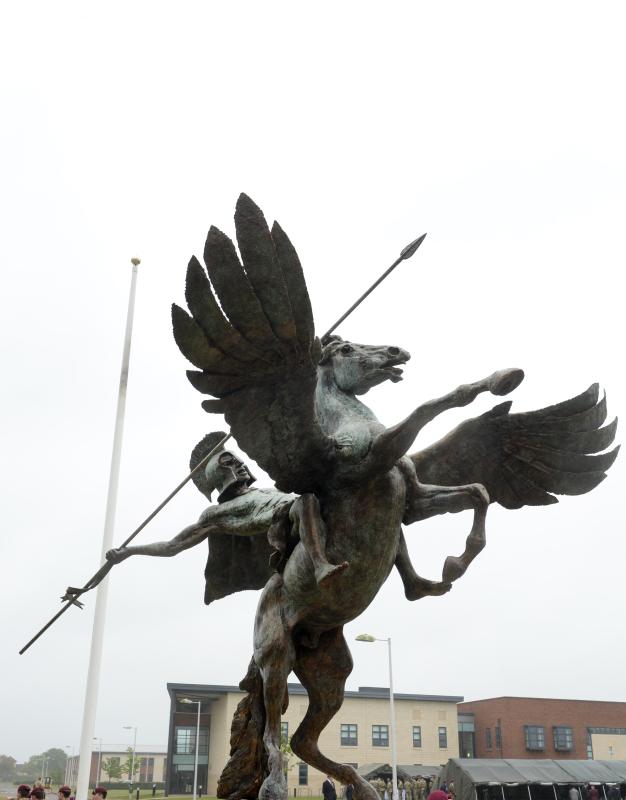 Soldiers past and present joined together for the unveiling of a statue of Pegasus, the defining symbol of British Airborne Forces.

The sculpture, standing outside the headquarters of 16 Air Assault Brigade at Merville Barracks in Colchester, serves as a reminder to today’s airborne soldiers of the proud history that they represent and the standards that have been set for them to uphold.

Some 1,000 soldiers from all the Brigade’s units were on parade for the unveiling of the 2m-high bronze statue, which depicts the warrior Bellerophon poised to strike as the winged horse Pegasus lands.

The statue – entitled The Slayer of Belleros and sculpted by Amy Goodman – was unveiled by the Brigade’s two youngest soldiers alongside David Whiteman, who served at Arnhem in September 1944 with 181 Airlanding Field Ambulance, and Sophie Lambrechtsten, daughter of the famous 'Angel of Arnhem' Kate Ter Horst.

The project has been funded through fundraising activities by soldiers, such as a sponsored half marathon held at Merville Barracks, and charitable donations.

“The unveiling of this magnificent statue has given us a moment to gather together as a Brigade and reflect on our history and identity, with the presence of David Whiteman and Sophie Lambrechtsten providing a living link to the Second World War Arnhem campaign. The present character of 16 Air Assault Brigade has shaped by the lessons and past experiences of Airborne Forces, which set the standards we will aspire to achieve on future operations.”