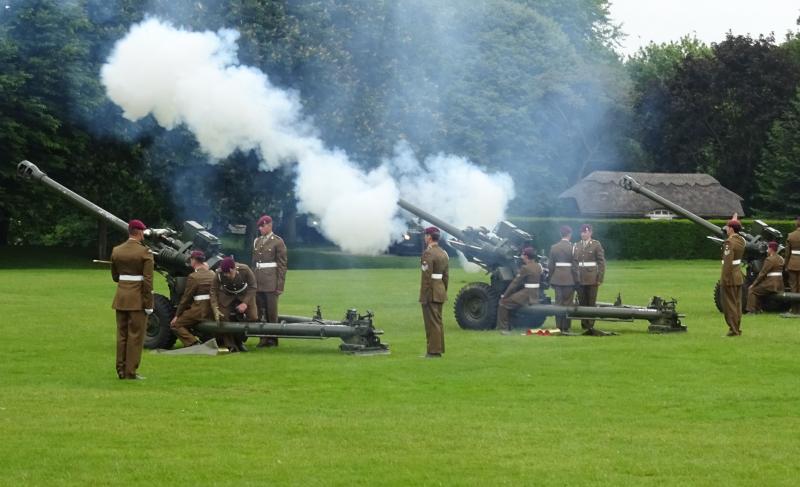 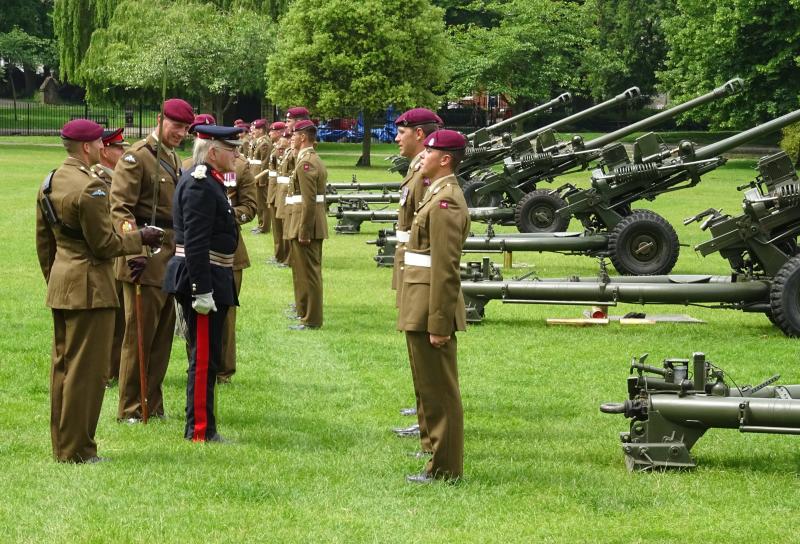 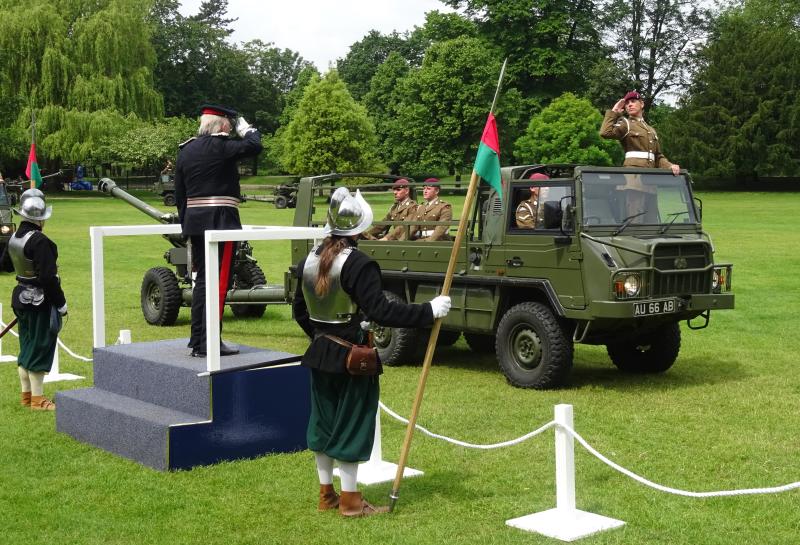 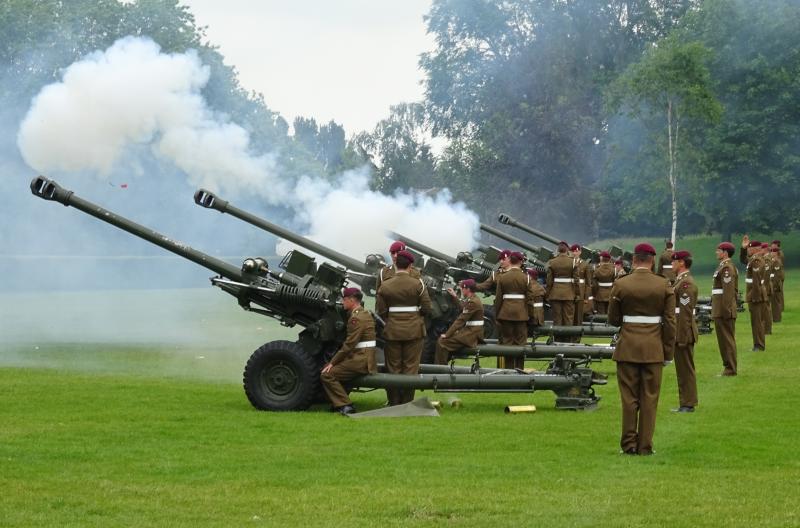 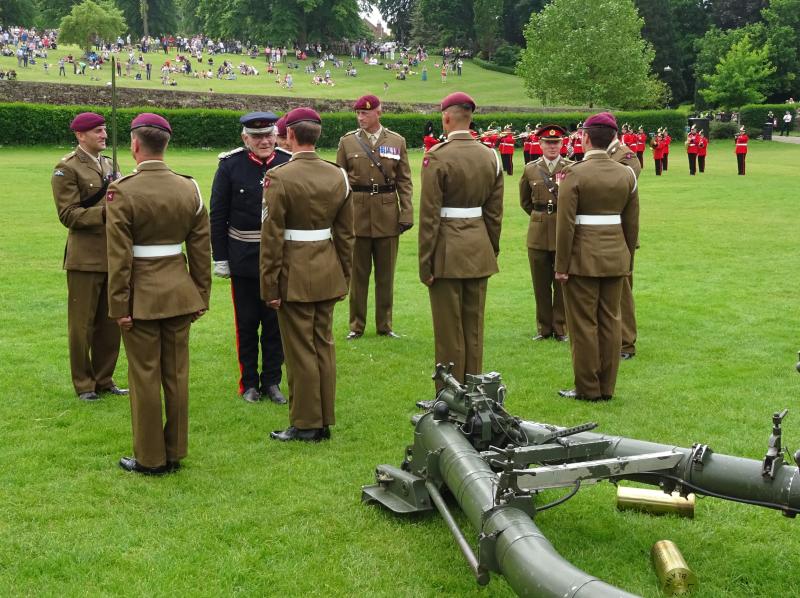 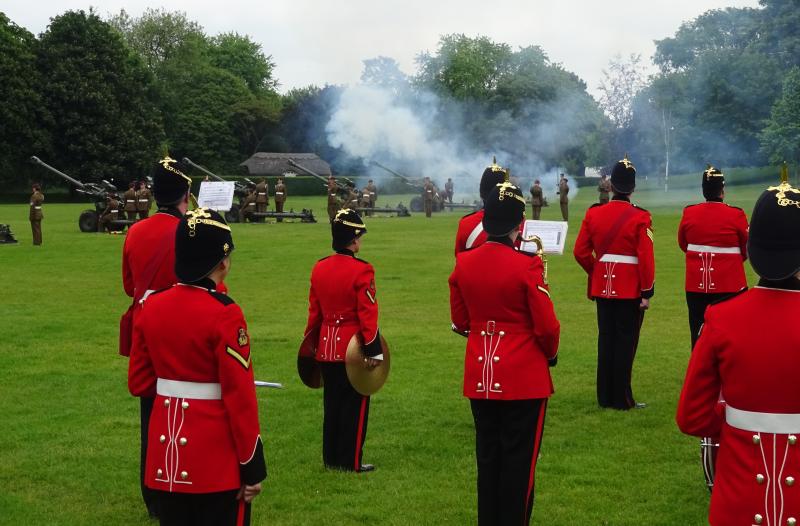 Airborne gunners have fired a Royal Salute in Colchester on 11 June to mark The Queen’s Official Birthday.

Lord Petre, the Lord Lieutenant of Essex, was the Inspecting Officer as the Queen’s representative in the county and The Band of The Queen’s Division performed. The band gave both a formal marching display before the Royal Salute and an informal performance at the park’s bandstand.

Major Roy Taylor, Battery Commander of F (Sphinx) Parachute Battery, said: “This is the fourth time my Battery has had the honour of firing the Royal Salute in Colchester. It is a great honour and an opportunity to show the Battery in all its finery to the public. We’ve been rehearsing through the week and the men enjoyed performing for an appreciative crowd who joined us to send their congratulations to the Queen.”

The guns fired were 105 mm Light Guns, the same type used by 7 PARA RHA for its operational role in the Air Assault Task Force, which is ready to deploy anywhere in the world at short notice for operations ranging from disaster relief to war fighting.