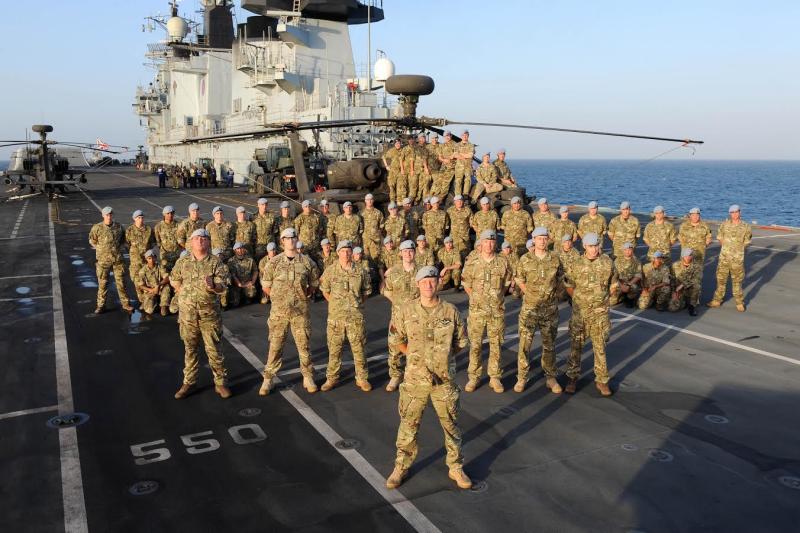 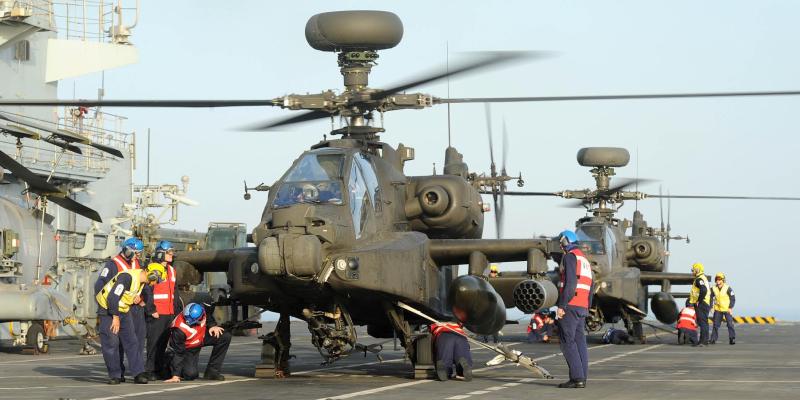 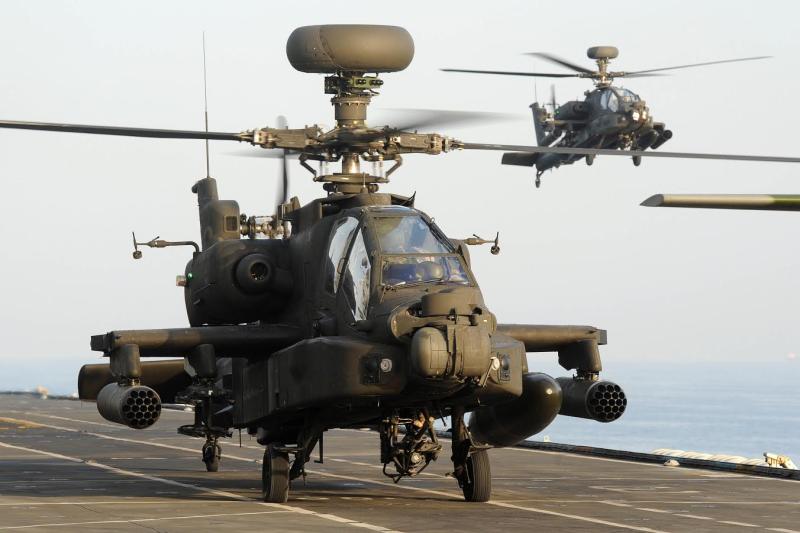 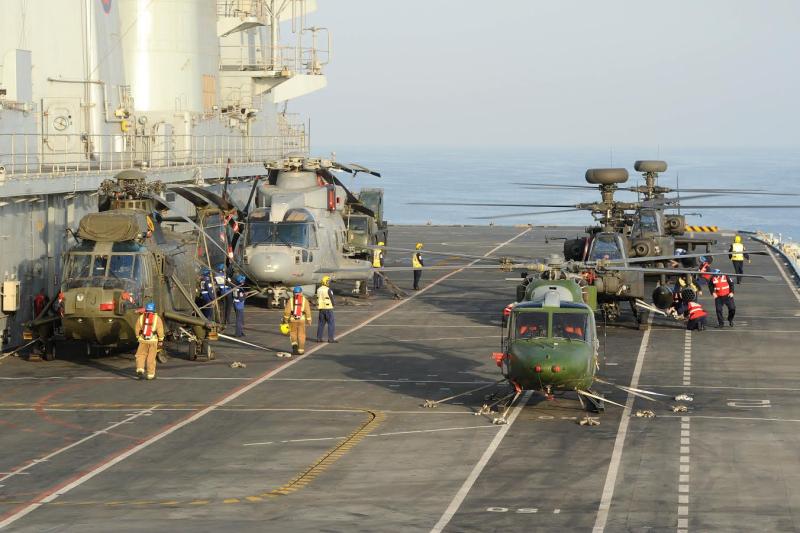 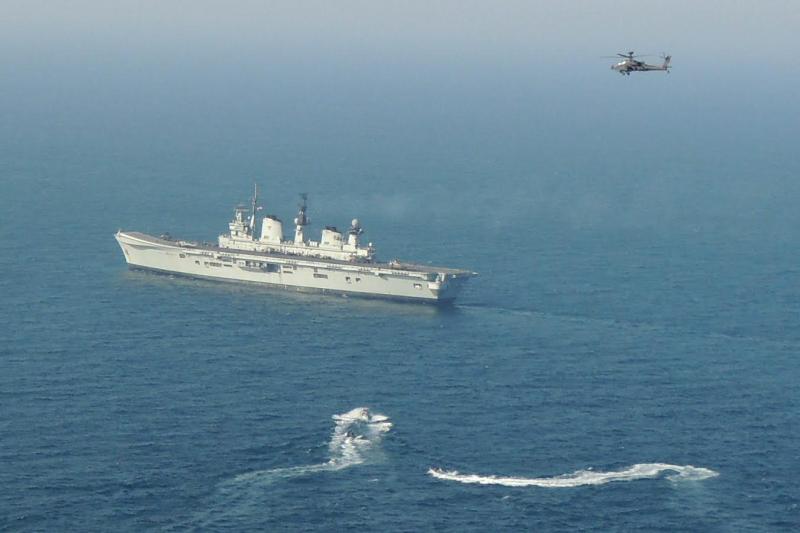 Army Apache helicopters have joined Navy Sea King, Merlin and Lynx helicopters onboard HMS Illustrious for two weeks in the Gulf as part of the ongoing Cougar 13 deployment.

The Apache helicopters from 656 Squadron, 4 Regiment Army Air Corps joined Illustrious in the waters off the United Arab Emirates as she took part in Exercise Sea Khanjar before then returning to the UK. This is the first time UK Apache helicopters, which are based at Wattisham Flying Station in Suffolk, have operated in the Gulf.

During the Libya conflict in 2011 Apaches flew from the deck of HMS Ocean, making repeated strikes against Col Gaddafi’s forces. The Apaches, currently Britain’s helicopter gunship, will be joined on the front line by Wildcat in just 14 months’ time, which is entering service with the Fleet Air Arm at Yeovilton.

The Apaches, personnel and equipment of 656 Squadron arrived on Illustrious to augment the existing air group, demonstrating how well the Army Air Corps is starting to integrate with navy warships and squadrons – a role that will need to be developed further, especially as the new aircraft carriers come into operation.

Within two days of their arrival the Apaches were ready for their first operational sortie alongside the ship’s Sea King, Merlin and Lynx helicopters.

“The Royal Navy have been very patient with us learning their way of business. Together, we have proved the superb capability the Apache can deliver when working with the ship, its air surveillance helicopters and the Army and Navy Lynx aircraft. I can only imagine what could be achieved when Apache operates with the new Wildcat helicopter and HMS Queen Elizabeth.”

The Cougar 13 deployment departed the UK in August and operates in the Mediterranean, Red Sea, the Gulf, and Horn of Africa. It involves exercising with partner nations, and demonstrating the UK Armed Forces’ capacity to project an effective maritime component anywhere in the world as part of the Royal Navy’s Response Force Task Group, commanded by Commodore Paddy McAlpine OBE ADC Royal Navy.

The RFTG is the United Kingdom’s high readiness maritime force, comprising Royal Navy ships, submarines, aircraft and a landing force of Royal Marines, at short notice to act in response to any contingency tasking if required.