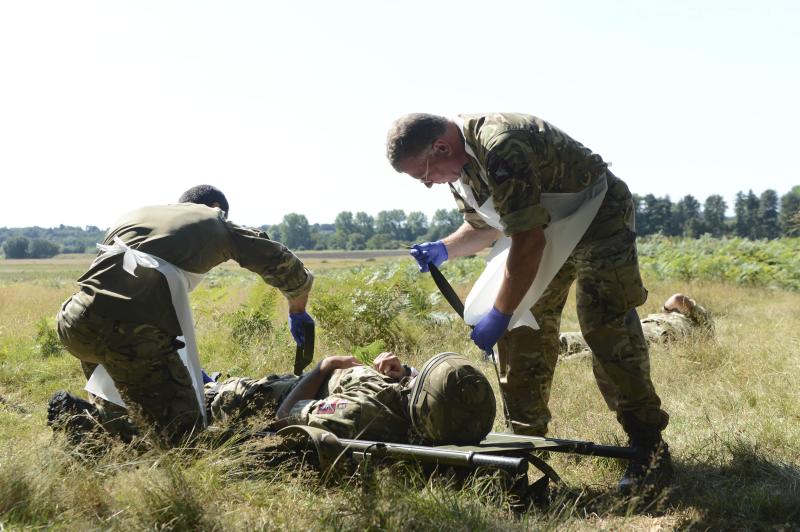 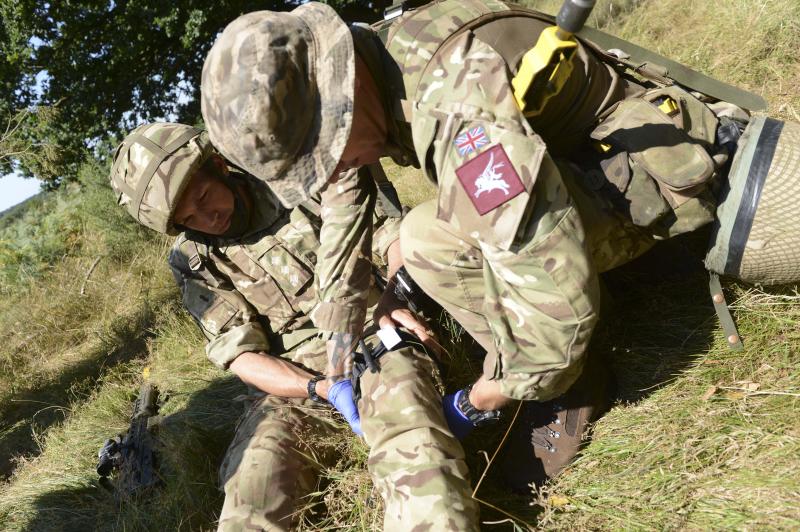 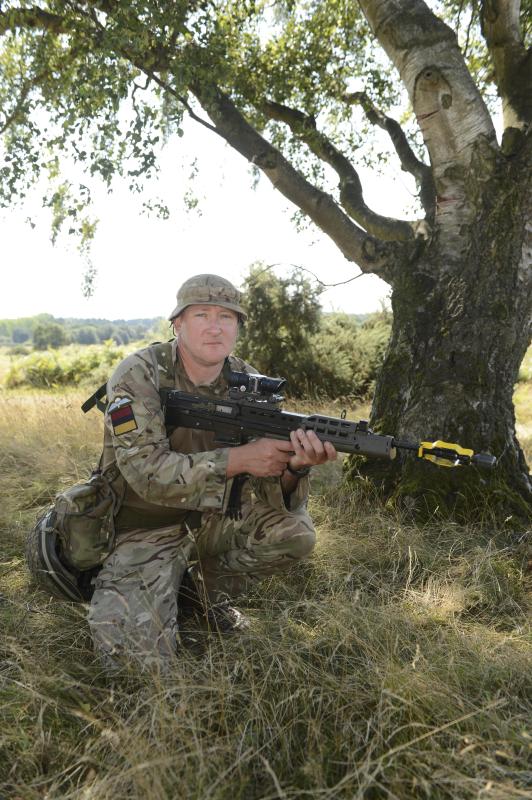 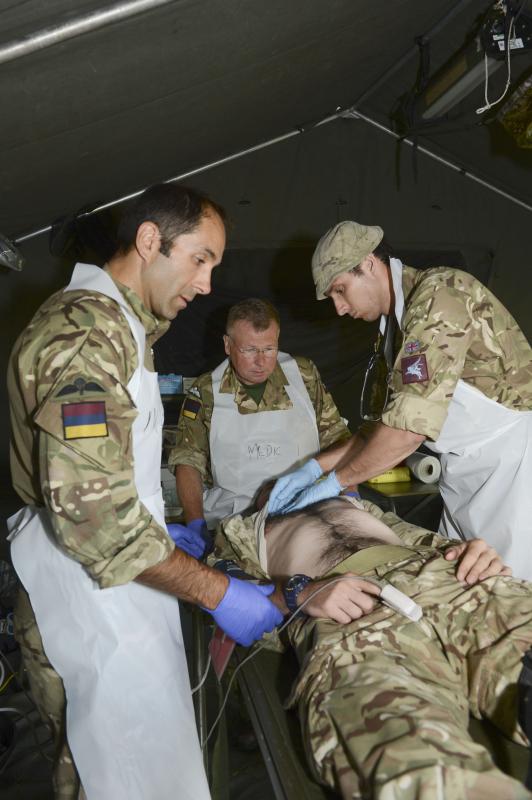 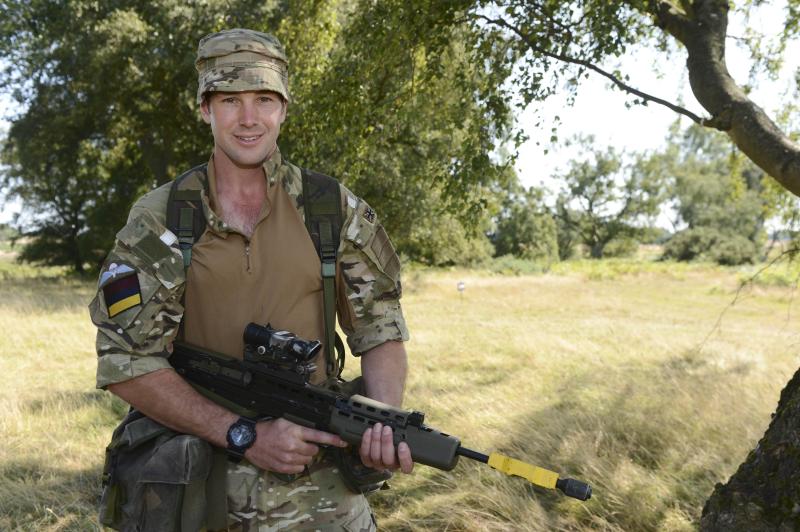 Reservists have tested their medical skills using the lightweight facilities the British Army would deploy in support of airborne operations.

Troops from 144 Parachute Medical Squadron, which is the only Army Reserve medical unit with a parachute capability, were tested on their medical and soldiering skills in a demanding exercise on the STANTA ranges in Norfolk.

Exercise Serpents Warrior is the Squadron’s annual camp, bringing together personnel from its four detachments in London, Glasgow, Cardiff and Nottingham. Across two weeks the troops have carried out a live firing package and honed their medical skills.

The training culminated in a mass casualty incident that tested the troops’ ability to run a Role 1 Medical Treatment Facility, the military equivalent of a hospital’s accident and emergency unit. The reservists, many of whom work in the NHS in civilian life, were faced with simulated casualties with injuries ranging from gunshot wounds to infected insect bites.

Lieutenant Dave Ferraby, is a physiotherpaist at the Defence Medical Rehabilitation Centre at Headley Court in Surrey and has served with 144 Para Med Sqn’s London detachment since 2012.

The 27-year-old said: “It’s been an excellent couple of weeks and we’ve worked on all aspects of our military and medical skills. In our ranks we’ve got police officers, firefighters and paramedics, who all bring different skills and perspective to how we do business."

“I joined as a private to try something different, have qualified as a parachutist and commisioned as an officer. I’ve enjoyed the challenge so much that I’m joining the Regular Army in October!”

Lance Corporal Stephen Oliver works as a nurse at Queen Elizabeth University Hospital Glasgow and is a combat medical technician, a role which would see him provide medical support to infantry out on the ground.

The 42-year-old from Southside, Glasgow, who has served in Bosnia, Kosovo and Afghanistan, said: “It’s been really well put together training, which has polished our skills. As an airborne unit 144 sets a higher physical standard and your fieldcraft skills have to be better, which is a challenge I enjoy."

“Being a Reservist has given me direction in my life. I joined the unit 14 years ago when I was just doing temporary jobs and considering joining the Army, but thought I’d get a taste first. I found that I really enjoyed the medical work and that looking after people was what I wanted to do, so I trained as a nurse.”