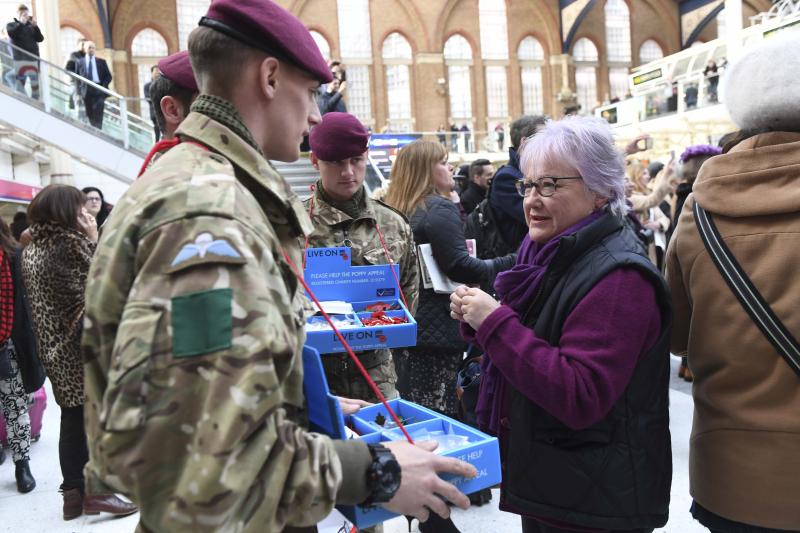 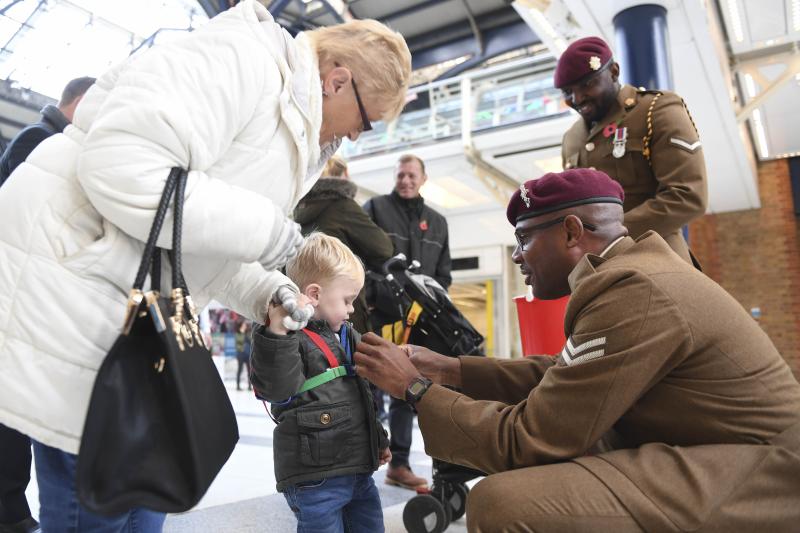 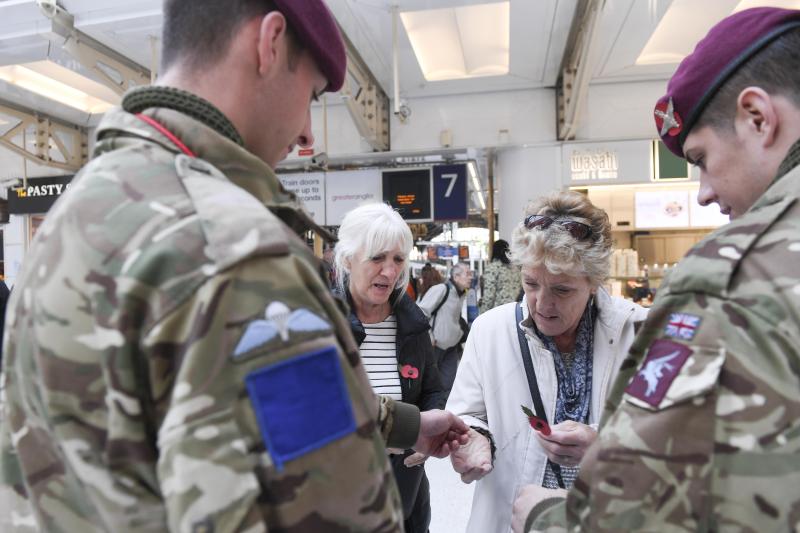 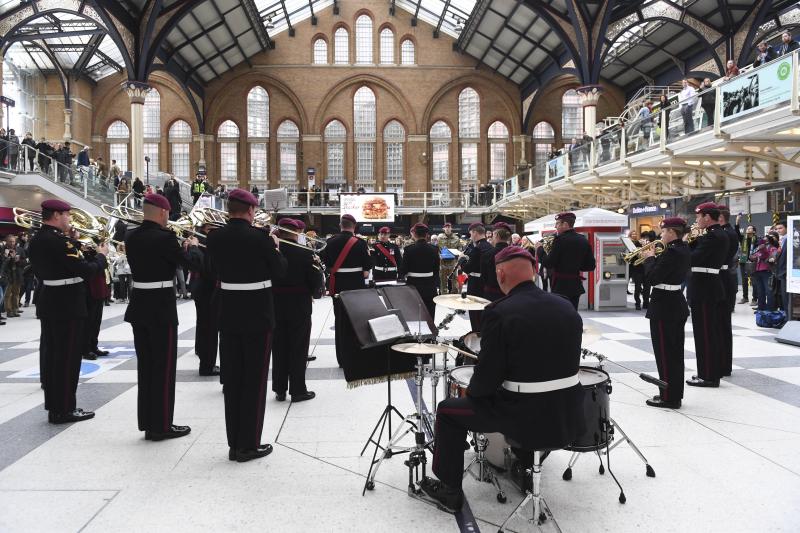 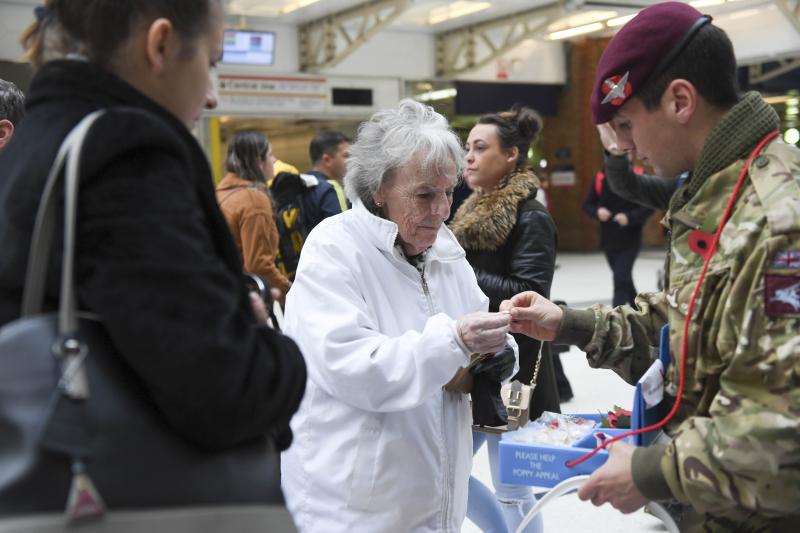 Soldiers from 16 Air Assault Brigade have been taking part in The Royal British Legion’s London Poppy Day today (Thu 3 Nov), alongside hundreds of other servicemen and women from all branches of the Armed Forces.

Some 70 troops from the Brigade, based principally at Colchester’s Merville Barracks, and with musical support from The Band of The Parachute Regiment made the trip down to the capital to raise both funds and awareness on behalf of the Poppy Appeal. Basing themselves at the city’s busy Liverpool Street and Kings Cross St Pancras train stations, the soldiers collected donations from commuters, office workers and tourists, and explaining the importance of the appeal for veterans and serving personnel alike.

Private Callum Davis was collecting at Liverpool Street Station together with fellow members of the 3rd Battalion The Parachute Regiment. He said he was pleasantly surprised by the level of public warmth towards the military. “There’s been a very good reaction – we made about £300 in the first hour. People have been congratulating us and thanking us for what we do, and they’re generally happy with us being here for a good cause.”

Lance Corporal Christopher Davis, of 216 Parachute Signals Squadron, said: “I think it’s good for people to see current soldiers selling poppies so they can meet the individuals actually doing the job now and show their gratitude, and it’s nice for the lads to see they actually care. I’ve had about nine pictures with members of the public – I feel like a superstar!”

London Poppy Day, now more than a decade old, is the UK’s largest one-day street collecting event, raising money to fund the Legion’s work supporting the Armed Forces, veterans and their families. Last year troops from 16 Air Assault Brigade raised around £120,000 for the Poppy Appeal on the streets of London.