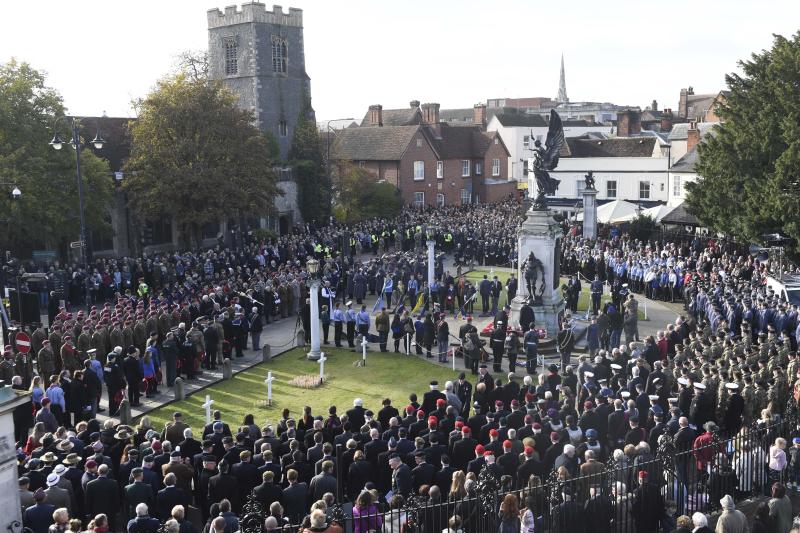 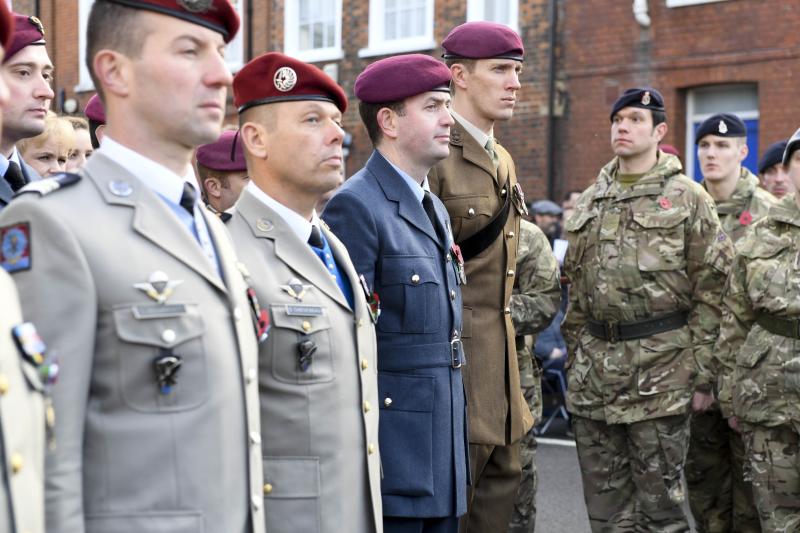 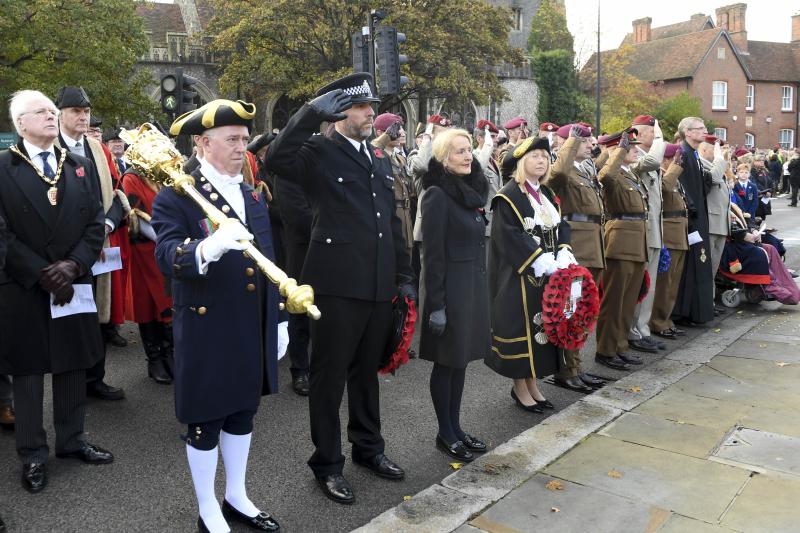 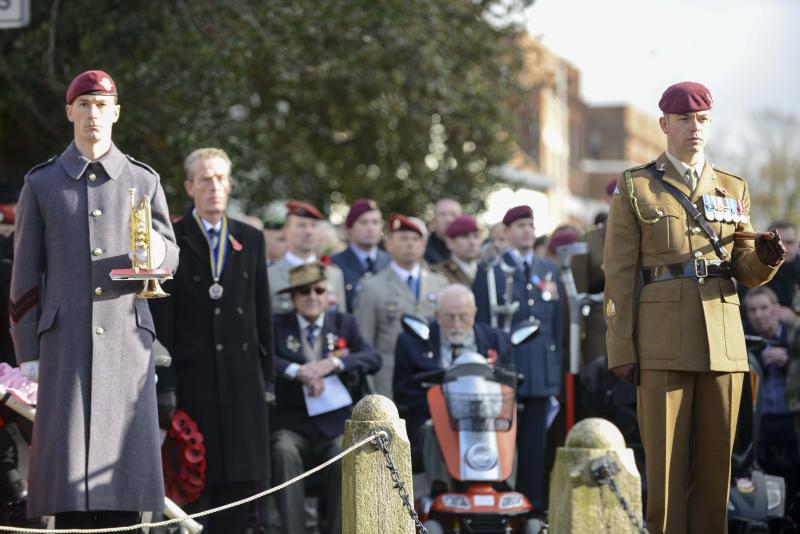 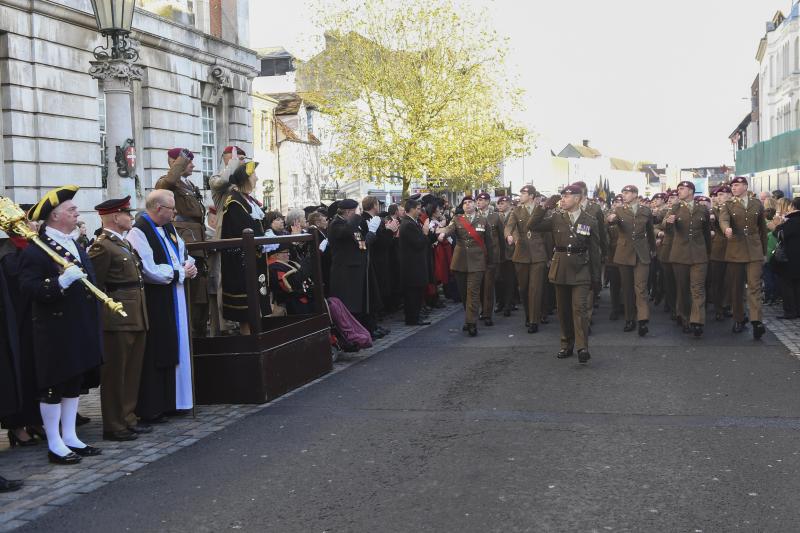 Troops from 16 Air Assault Brigade joined civic dignitaries, veterans and cadets and thousands of residents for a Remembrance service and silence at Colchester's War Memorial. With 2016 marking the centenary of the Battle of the Somme, a delegation of senior officers from the Brigade’s French partners 11e Brigade Parachutiste were fitting guests.

After the service some 90 soldiers from 2nd Battalion The Parachute Regiment and 13 Air Assault Support Regiment Royal Logistic Corps, led by the Band of The Parachute Regiment, marched to the Town Hall for a reception. They were joined by reservists from 36 (Essex Yeomanry) Signal Squadron, 71 Yeomanry Signal Regiment and 161 Medical Squadron, 254 Medical Regiment; veterans; and youth organisations.

The soldiers, based at the town’s Merville Barracks, were headed up by Brigadier Colin Weir DSO MBE, Commander of 16 Air Assault Brigade, who laid a wreath alongside his counterpart General de Brigade Eric Bellot des Minières, Commander of 11e BP.

Brig Weir said: “‘Remembrance is of great significance to the Armed Forces and it is a huge privilege for 16 Air Assault Brigade to join the communities where we are based on Remembrance Sunday. It is important for soldiers to stand shoulder-to-shoulder with the civilian community that they are drawn from to pay respects to those who have laid down their lives or suffered life changing injuries in war. “

In 2016, the centenary of the Battle of The Somme, it is particularly fitting and poignant that we are joined by our French airborne partners from 11e Brigade Parachutiste to commemorate our shared sacrifices.”