Parachuting masterclass for international partners, May 2016. 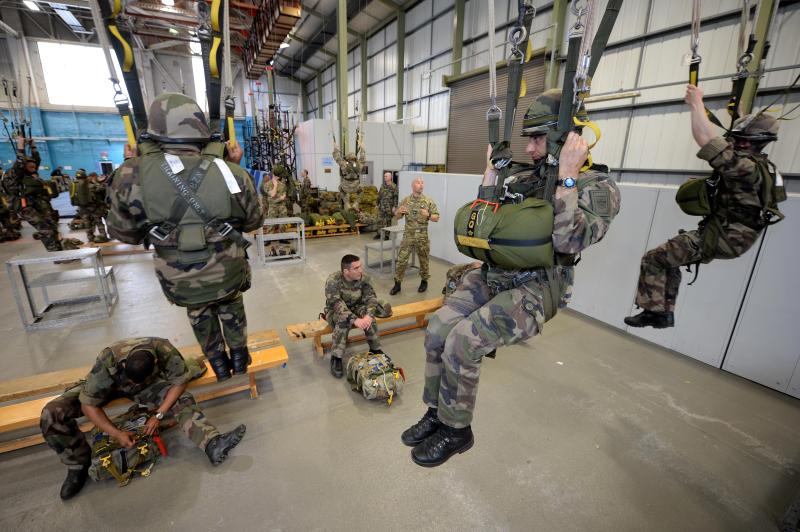 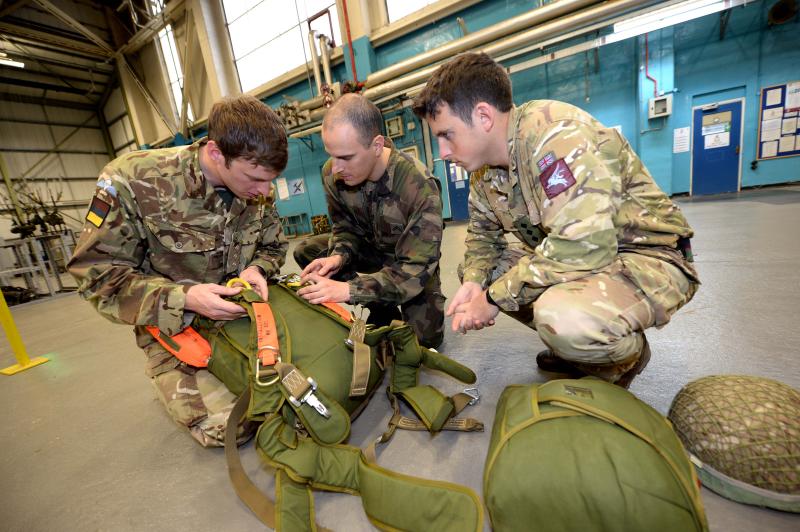 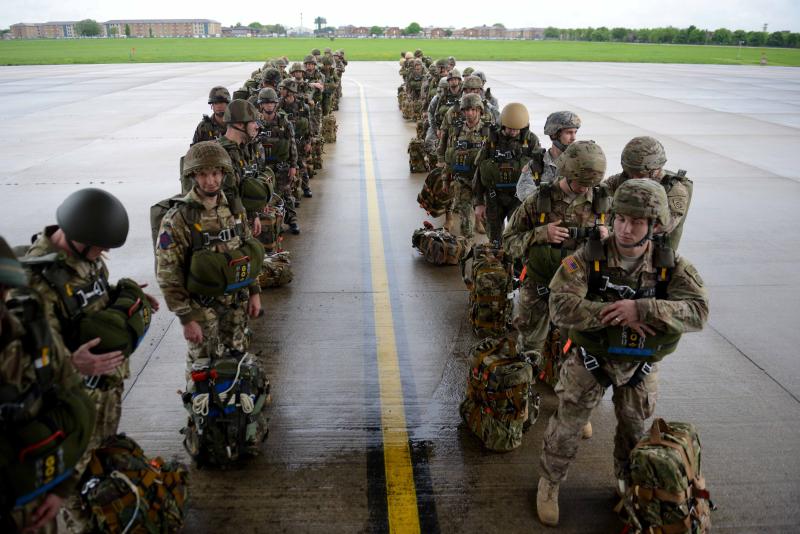 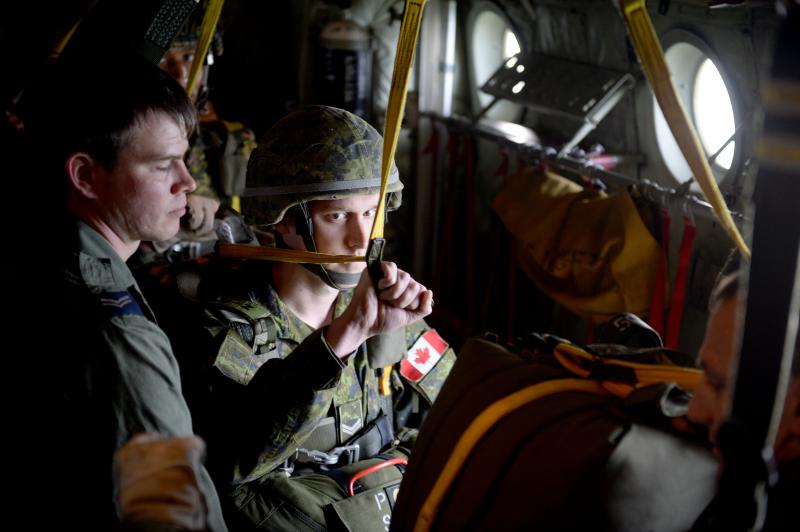 Paratroopers from five partner armies have trained to jump with British military parachutes in preparation for a major airborne exercise this summer.

This week’s (9-13 May) training at RAF Brize Norton’s No 1 Parachute Training School is about building interoperability between airborne forces ahead of Exercise Swift Response 16. More than 5,000 soldiers from 10 countries will be training together in Germany and Poland in May and June to improve their ability to operate together in response to international crises. Colchester-based Headquarters 16 Air Assault Brigade and 3 Para Battlegroup, supported by the Apache attack helicopters of 4 Regiment Army Air Corps from Wattisham Flying Station, will be taking part in the US Army Europe-led exercise.

Colonel Graham Livingstone, Deputy Commander of 16 Air Assault Brigade, said: “As airborne forces, the fundamental building block for working with our partners is that we are able to insert by parachute using each other’s equipment and aircraft. This training is about developing our ability to do that, both with our core US and French partners and wider NATO allies.

“On Swift Response we will be working very closely with the US 82nd Airborne Division and French 11e Brigade Parachutiste, with their paratroopers who have completed this course jumping alongside our soldiers under British canopies.”

To earn their British parachute wings the overseas soldiers had to complete conversion ground training - which covers fitting the LLP, steering the canopy in the air and aircraft drills - and do a day and night jump from an RAF C-130 Hercules.

Captain AJ Vogel, of the US Army’s 2nd Battalion, 504th Parachute Infantry Regiment, said: “The British LLP is quite different to the T-11 parachute that we jump with, so this is an interesting opportunity to build familiarity with the equipment and procedures used by British paratroopers.

“On Swift Response I’ll be a liaison officer with a British unit, working where the rubber meets the road between different nations operating together, and training like this helps reduce the friction between us.”

British troops went through a programme of ground training on the EPC parachute to prepare them for jumping alongside French paratroopers during Swift Response.