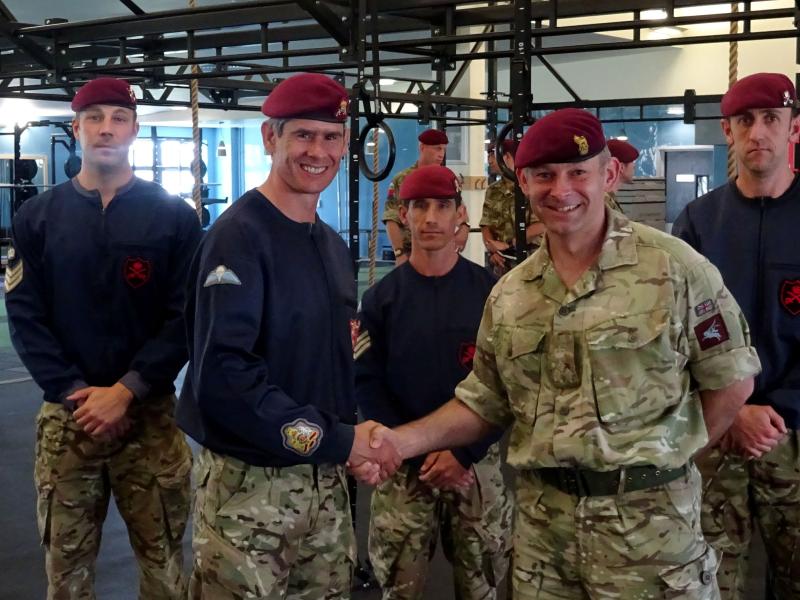 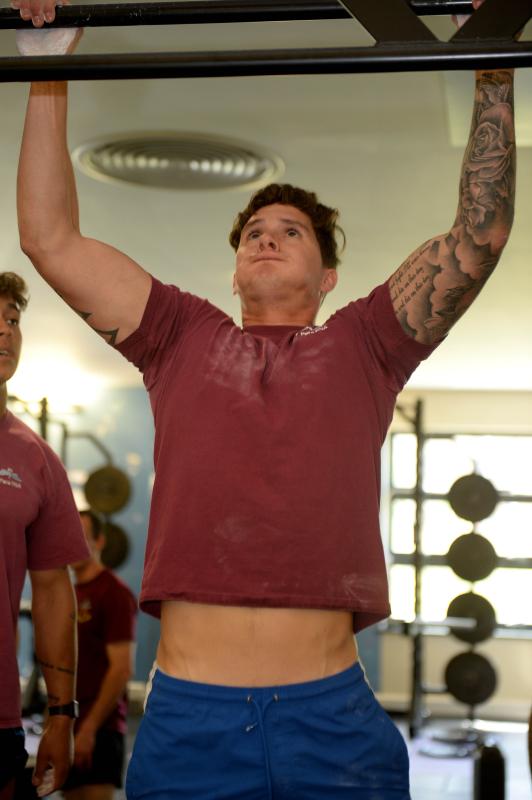 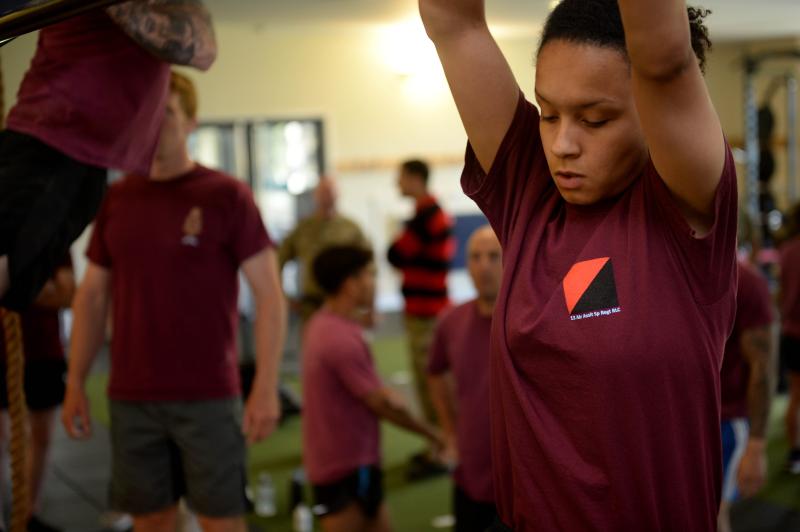 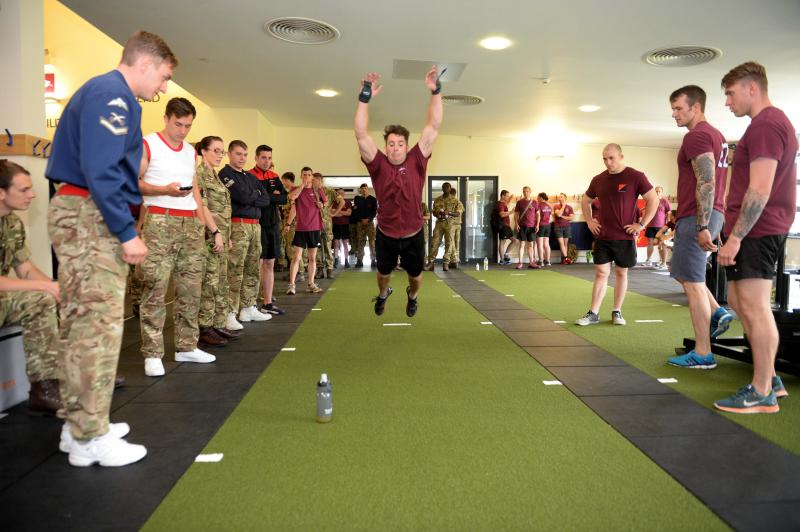 A new fitness suite has been opened to help airborne soldiers keep themselves fighting fit.

The Normandy Gymnasium at Merville Barracks, Colchester provides dedicated facilities for strength and conditioning training to prepare 16 Air Assault Brigade’s soldiers for the rigours of modern military operations. It is equipped with more than two tonnes of weights, two synthetic grass tracks for sled training and functional rigs for heaves and ring and rope work.

The gym has been created in a former cookhouse that closed when the barracks adopted the ‘pay as you dine’ catering model in 2014. It is named in honour of the 6th Airborne Division’s involvement in D-Day, when troops landed by parachute and glider to start the liberation of Europe.

Brigadier Colin Weir DSO MBE, Commander of 16 Air Assault Brigade, officially opened the gym before it was used for a throwdown competition as part of the Brigade’s Festival of Sport.

Warrant Officer Class 1 Joe Foreshew RAPTC, who is in charge of physical fitness and sport, said: “Modern military operations require soldiers with high levels of strength and endurance, which are only added to by the additional demands of serving in airborne forces. The Normandy Gymnasium provides a bespoke and well-equipped facility for our soldiers to work on their strength and conditioning training. It is a brilliant addition to the already first-rate sports and fitness facilities that we have in Colchester at the Corporal Budd VC Gymnasium and B Ground.”

Lance Corporal Robert Cooper, of 16 Military Intelligence Company, competed in the gym’s opening event. He said: “Of all the gyms I’ve been in across my military career this is the best-equipped by far. Having good facilities really motivates you to work on developing your physical fitness, rather than it being a chore. It’s been fun to have a competition like this, to bring our unit together as a team and maintain a friendly rivalry with other units to make us all better.”