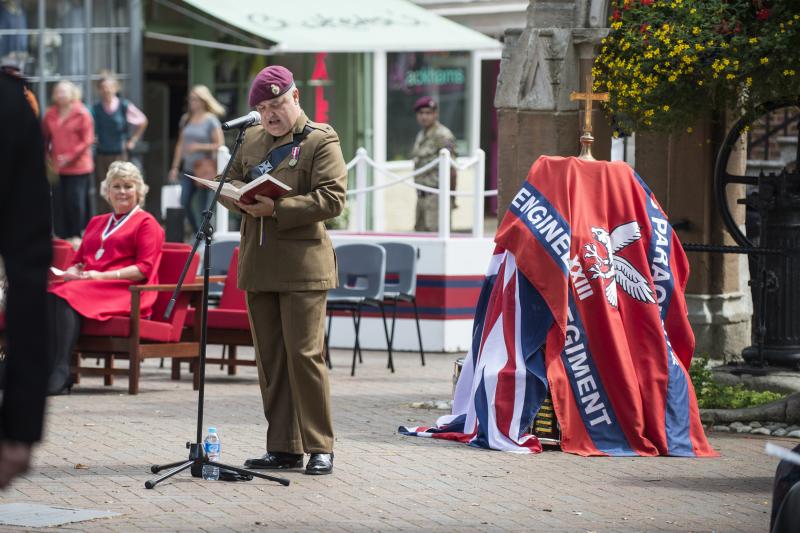 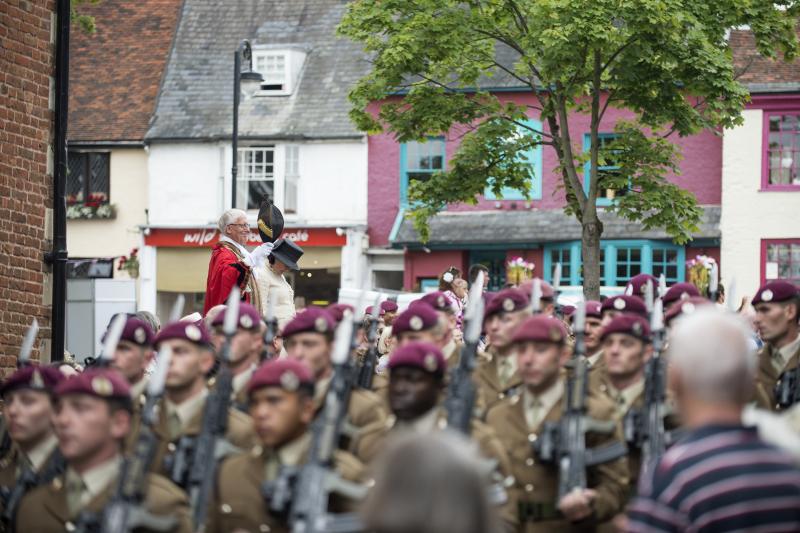 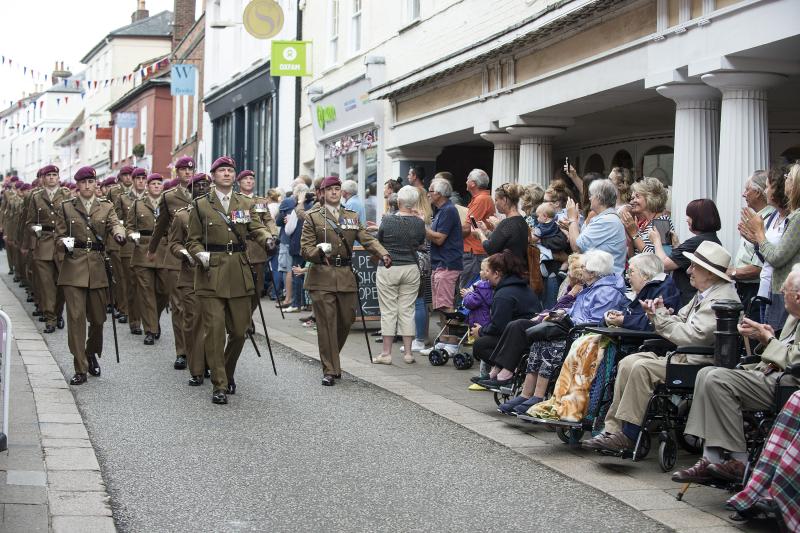 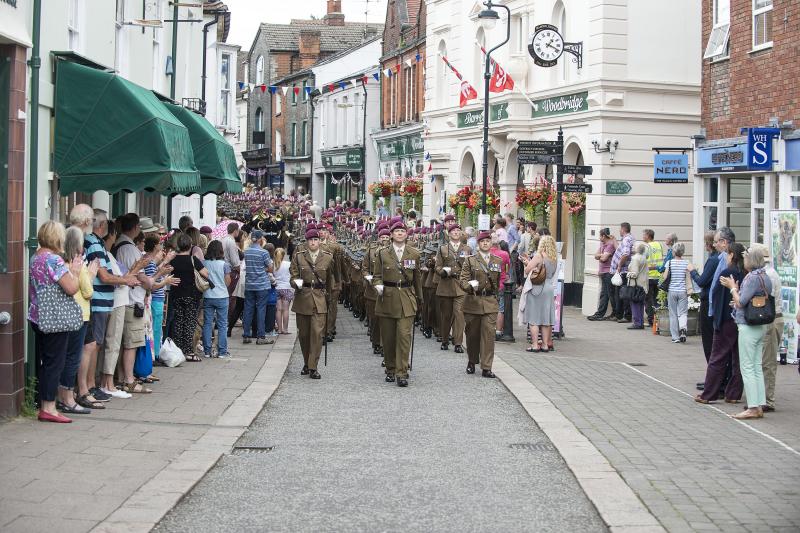 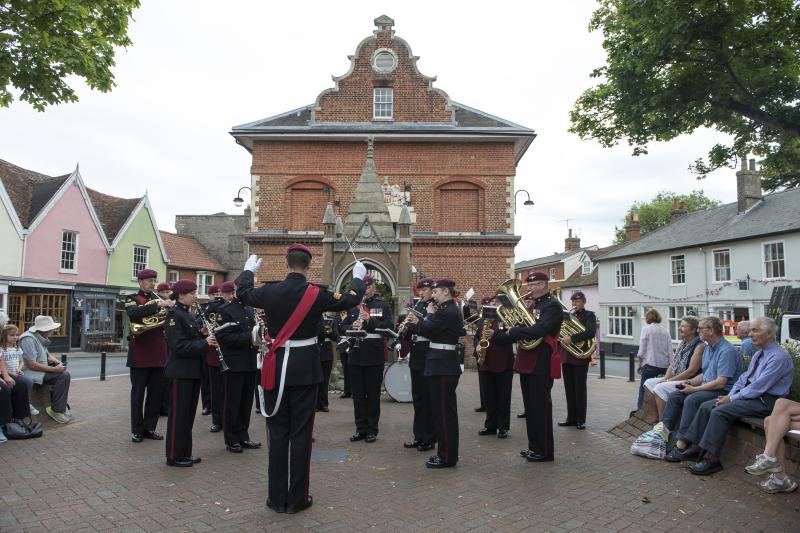 The Regiment exercised its Freedom of Woodbridge to mark 10 years of being based at the town’s Rock Barracks, the 300th anniversary of the formation of the Corps of Royal Engineers in 1716 and 75 years since the formation of the British Army’s first Airborne Brigade in 1941.

After a drumhead service on Market Hill, the parade stepped off with the salute taken outside Shire Hall by The Lord Lieutenant of Suffolk Clare, Countess of Euston and Mayor of Woodbridge Councillor Stephen Attwell. The Band of The Parachute Regiment set the parade to music, before returning to Market Hill to play for the public.

Lieutenant Colonel John Clark MBE, Commanding Officer of 23 Parachute Engineer Regiment, said: “The support of the local community is part of the bedrock to our operational output. We have built a wonderful relationship with Woodbridge in the decade the Regiment has been based here. It is a great boost for our sappers to see and feel the support of local people as we marched through town.”

Cllr Attwell said: “23 Parachute Engineer Regiment is an integral part of the community of Woodbridge and today has been a great occasion to celebrate that relationship. The wonderful turnout for today’s parade shows just how proud the town is of its troops.” It was the sixth time the Regiment has exercised the Freedom since it was granted by Woodbridge Town Council in 2006 when the unit moved to Woodbridge.

The celebrations continue with a free open day at Rock Barracks on Saturday 30 July, combining a family fun day with a showcase of the Regiment’s equipment and skills.