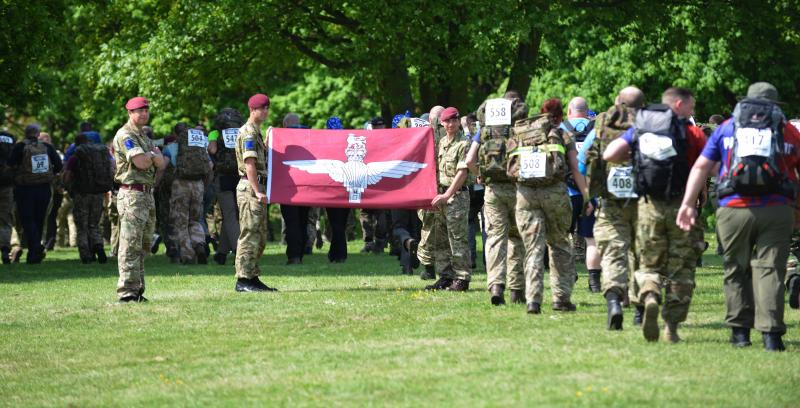 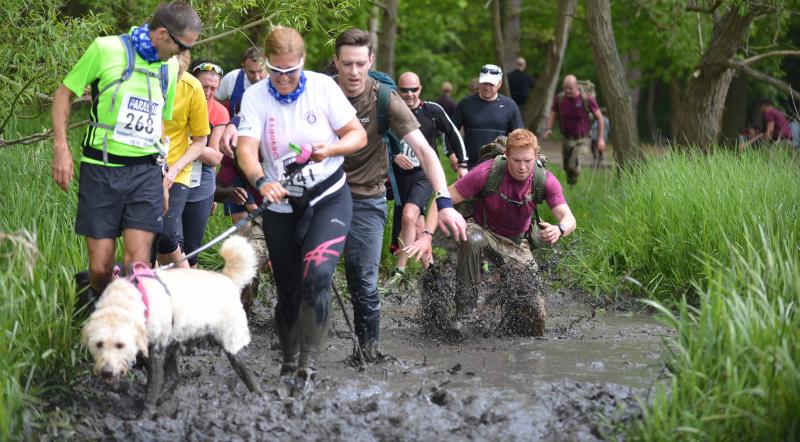 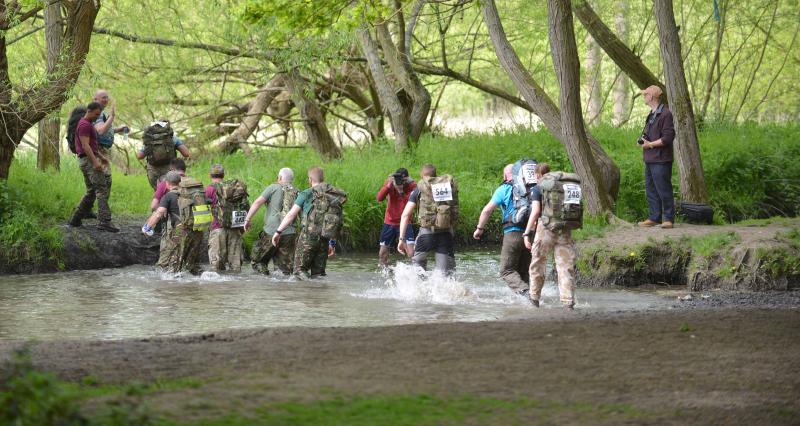 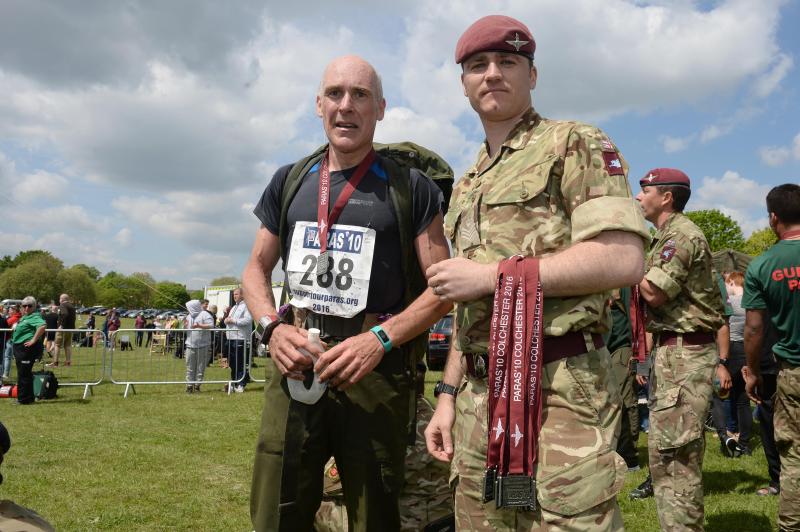 Through thick mud and machine gun fire, some 700 runners took part in the PARAS’ 10 charity challenge in Colchester today (Sun 15 May).

A mix of civilians, soldiers and dogs took part in the 10-mile run, which could be completed as a cross-country race in trainers or as the P Company Challenge, wearing boots, trousers and carrying a 35lb rucksack – known as tabbing. With a target to finish within 1hr 50mins, the challenge replicates one of the key fitness tests for the Parachute Regiment and Airborne Forces.

After The Parachute Regiment’s Red Devils freefall display team dropped in, the tabbers and runners were set on their way from Abbey Field. The route took them through Merville Barracks and Friday Woods over the same hills and water obstacles crossed by soldiers on training runs. Around the course, troops firing machine guns and throwing smoke grenades added to the atmosphere.

The event, run for the fifth time in Colchester, attracts a mix of military and civilian participants, with people travelling from across Europe to take part.

University of Hertfordshire lecturer Lance Johns was the first civilian tabber across the finishing line in 1 hour 24 minutes.

The 48-year-old from St Albans said: “I was in the TA 20 years ago and I heard out about PARAS’ 10 and thought I’d give it a go to see if I still had that fitness and spirit! It was tough, particularly after seven or so miles after the water crossings and when my legs were starting to get heavy, but enjoyable."

“Doing this event, and running with the soldiers who are training like this every week, gives you a real idea of how fit they must be. I’m in no state to do anything now, whereas for soldiers this could just be the beginning of an operation.”

Profits from entrance fees raised money for Support Our Paras, which supports Paras and their families who are in need, but runners were free to collect sponsorship for any charity. The Paras’ 10 has been run at Catterick, where paratroopers train, since 2008 and runners have so far raised more than £1.5m for a wide range of charities.

Support Our Paras director Stephen Cooper said: “The PARAS’ 10 is an authentic military challenge that allows people to challenge themselves against the rigorous fitness standards expected by Airborne Forces. It’s been a hot day and it’s a tough course, but I hope that everyone has been able to enjoy it and should be proud of themselves for taking part.

“I lay down the challenge to people to get involved, whether to better their time or try it for the first time, with the next event in Catterick on Sunday 4 September or next spring back in Colchester.”