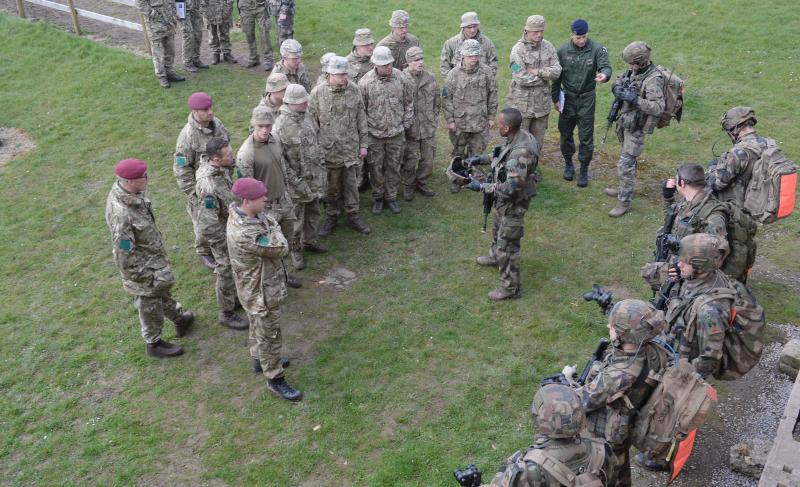 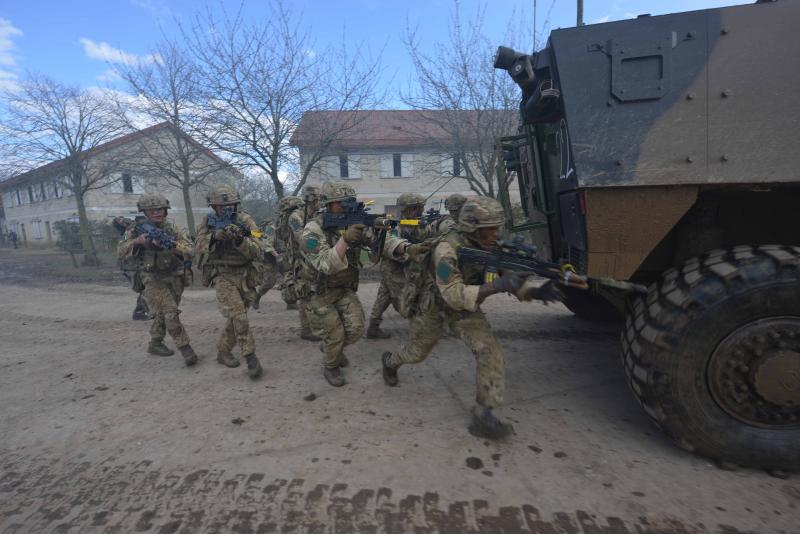 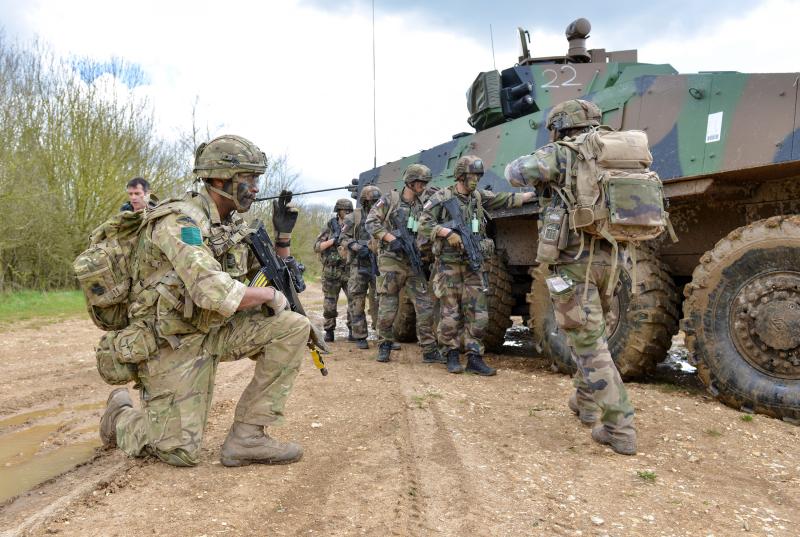 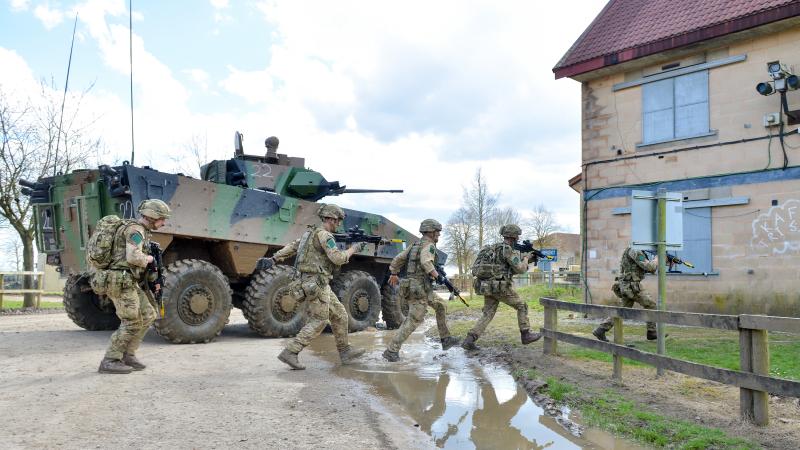 British airborne infantry have practised urban operations alongside French armoured infantry as part of a major exercise to demonstrate military co-operation between the two countries.

3rd Battalion The Parachute Regiment (3 PARA) has been training this week (12-16 Apr) with the French 1er Régiment de Tirailleurs (1er RTir) as part of Exercise Griffin Strike. Colchester-based 3 PARA - which has deployed with A Company, 2nd Battalion The Royal Gurkha Rifles - has been learning how to operate alongside 1er RTir’s VCBI infantry fighting vehicles and Leclerc main battle tanks.

The training at Copehill Down mock village on Salisbury Plain started with each unit demonstrating their methods and equipment. It culminated in combined operations that saw the French armoured vehicles supporting the paratroopers and Gurkhas in an attack on the village.

3 PARA’s Commanding Officer Lieutenant Colonel Matt Cansdale said: “This has been an excellent opportunity for 3 PARA to both improve our interoperability with the French Army and work with armoured vehicles, which we rarely do as paratroopers. There is great value in comparing our skills and drills to those of an army we have a strong partnership with, to learn from each other to be able to operate better together.”

3 PARA’s Lance Corporal Tom Barry, who grew up in France, has been using his language skills. The 30-year-old said: “Soldiers are more or less the same all over the world and we’ve been able to understand each other well. In the attack I worked alongside a French sniper, who was telling me what he was observing and I was passing that back to the company commander to help him shape the attack.”

1er RTir’s Capitaine Victorian said: “We each have our different strengths and have worked together well. We have shown the paratroopers how we use armoured vehicles to provide fire support and protection; they have taught us how they do room clearances.”

Exercise Griffin Strike is the culmination of six years of work between the UK and French militaries and demonstrates their potential to deploy on operations together as the Combined Joint Expeditionary Force (CJEF). It involves more than 5,000 soldiers, sailors and airmen from both countries.