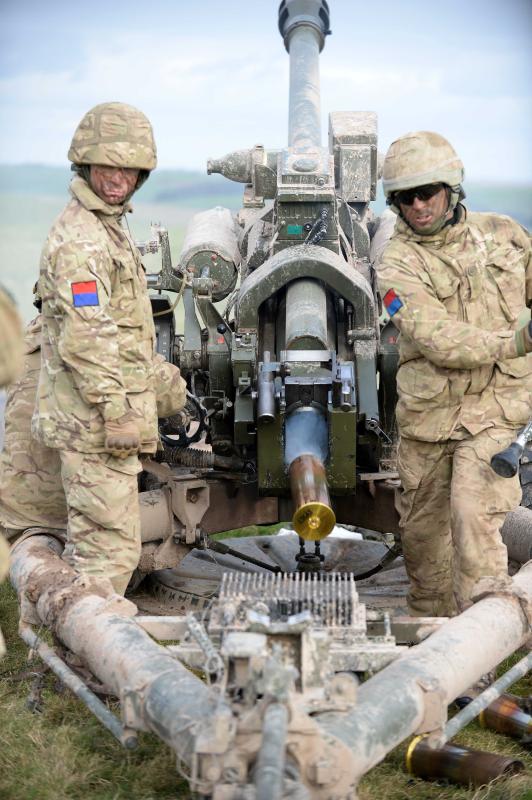 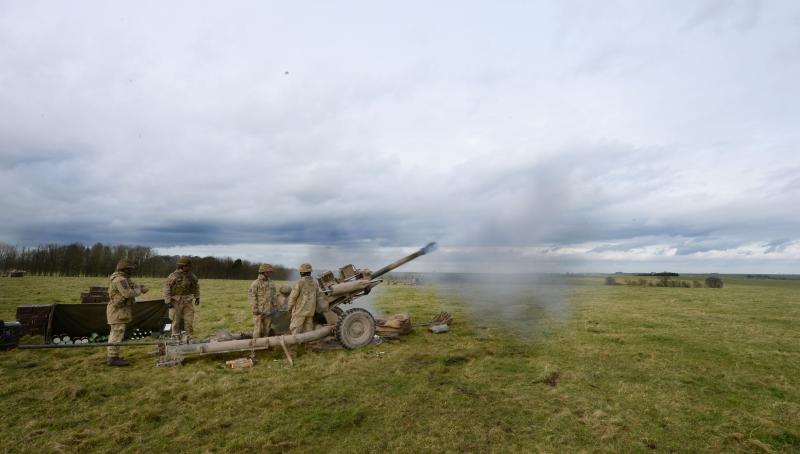 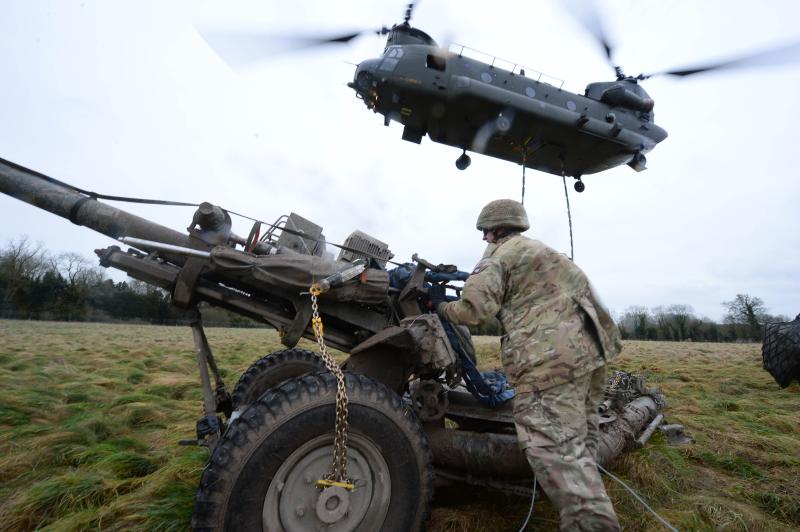 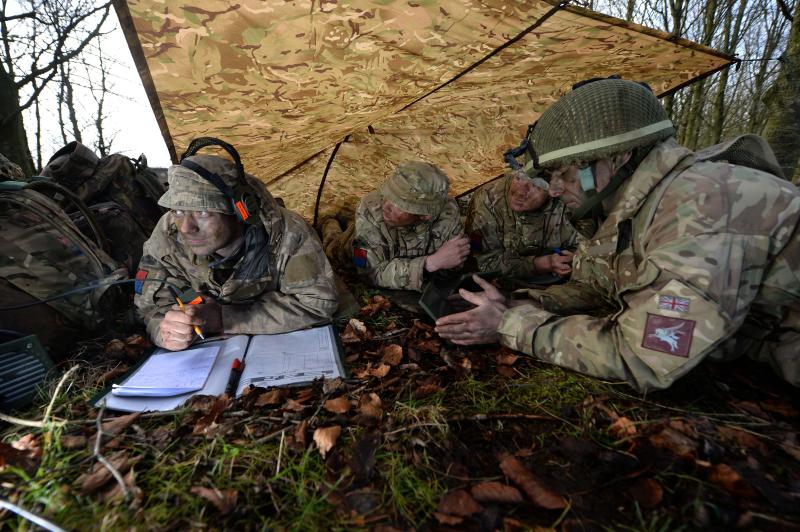 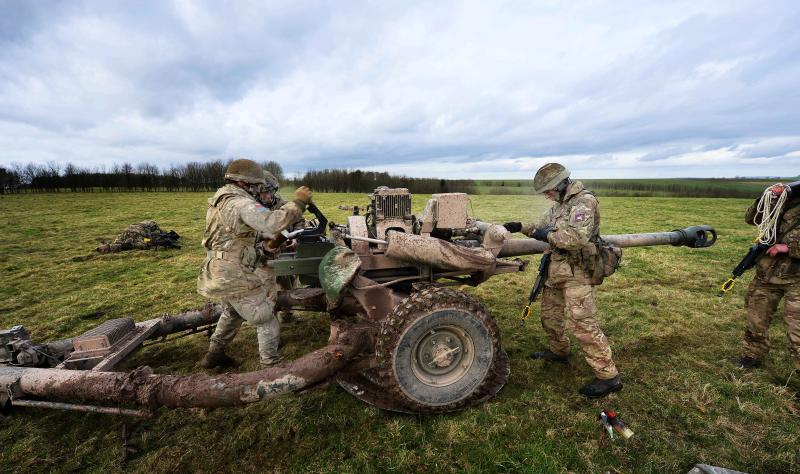 Exercise Cypher Strike has seen 7th Parachute Regiment Royal Horse Artillery (7 Para RHA) practise the early stages of a military operation – known as theatre entry. After a week of build-up training, the gunners were launched into a demanding 72-hour mission on Monday (22 Feb) to fire and move their way across the windswept training area by day and night.

While two 105mm Light Guns were positioned forward to simulate having been dropped by parachute, the troops deployed into the field by RAF Chinook helicopter with Light Guns, Pinzgauer vehicles and ammunition carried as under slung loads. The gunners then engaged targets identified by their Fire Support Teams – who co-ordinate artillery and close air support for troops on the ground – while continuing to change position by helicopter or vehicle moves.

The training is preparing the gunners for their role providing offensive fire support to 16 Air Assault Brigade, the British Army’s airborne rapid reaction force. In April, F (Sphinx) Parachute Battery takes over from G (Mercer’s Troop) Parachute Battery to serve in the Air Assault Task Force, which is ready to deploy anywhere in the world at short notice for contingency operations.

Lieutenant Colonel Matthew Birch, Commanding Officer of 7 Para RHA, said: “Our batteries are busy across the year supporting The Parachute Regiment and Exercise Cypher Strike is our chance to come together as a Regiment and work on our core artillery skills. It has been high tempo training to test how we would survive and operate with the minimum of equipment after deploying by air, the specialism that defines our role and character.”

Gunner Tom Phipps, 21 from Bideford, Devon, said: “We’ve been working hard but it’s exciting to move the guns by helicopter and fire them. When we get on the ground it’s all about working as a team to de-rig the gun and sort out the ammunition so the gun can fire as quickly as possible.”