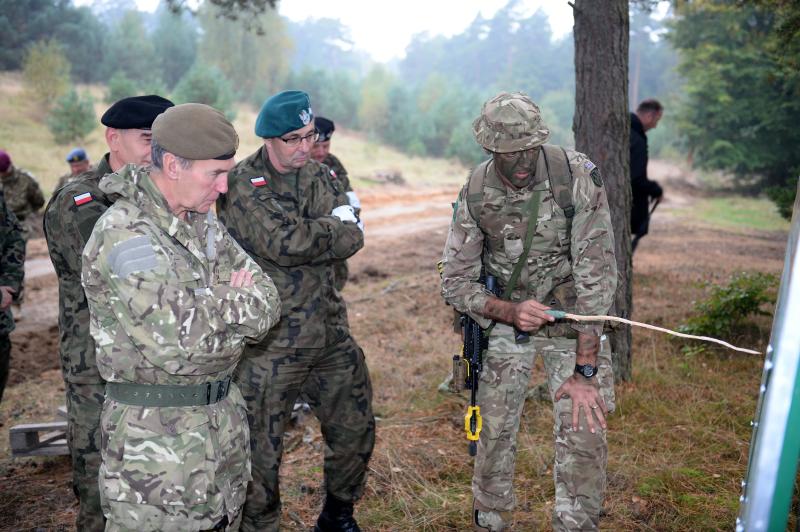 Chief of the Defence Staff, General Sir John Nicholas Reynods Houghton GCB, CBE, ADC Gen visited the 3rd Battalion The Parachute Regiment, whilst they were on manoeuvres with Polish Paratroopers and other NATO troops in Poland. Paratroopers from 16 Air Assault Brigade have built bridges to their Polish counterparts as they train together on a NATO exercise in Poland to practise capturing bridges. Exercise Anakonda has seen A Company, 3rd Battalion The Parachute Regiment (A Coy, 3 PARA) work with the Polish 16th Airborne Battalion.

The troops have planned and carried out missions side by side, to improve their understanding of the similarities and differences between so that they are better prepared to operate together.The fortnight-long training at Drawsko Pomorski in north-west Poland is part of a programme of joint exercises and immediate assurance measures designed to reassure NATO allies in Eastern Europe. The exercise culminated in a joint parachute assault, with troops jumping from an RAF Hercules and Polish aircraft to capture bridges on the training area.

NOTE: Anakonda is the Polish spelling of Anaconda