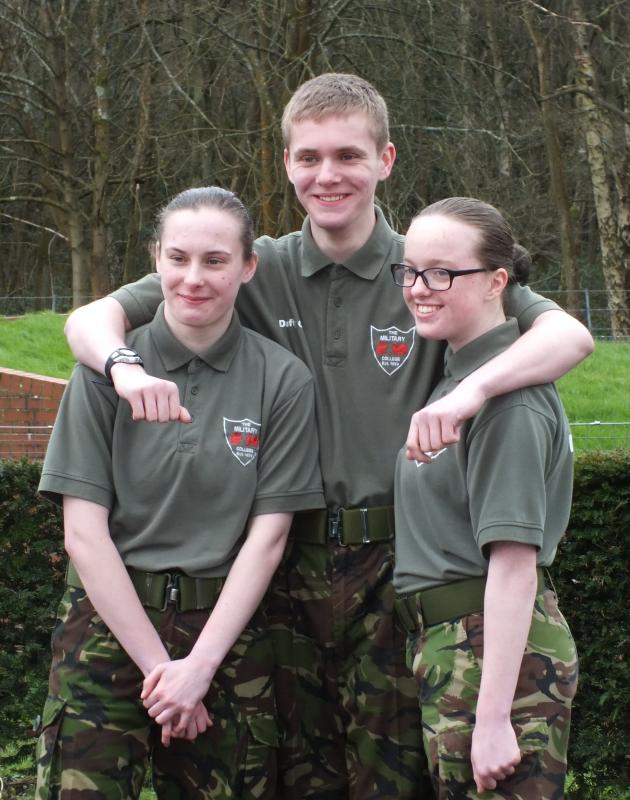 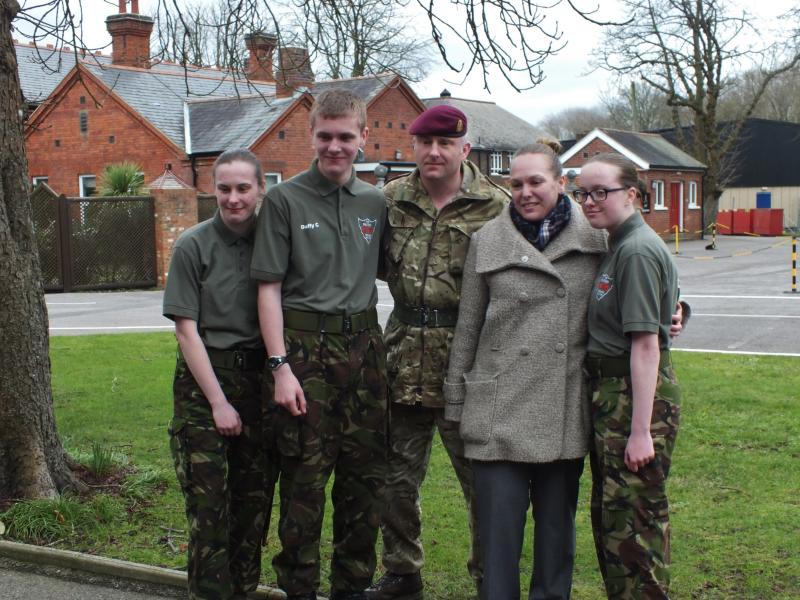 Three 16 year olds who are currently living in Hampshire are the first set of triplets to serve in the Army at the same time. Connor, Lauren and Mirran Duffy were born in Middlesbrough but have lived everywhere from Catterick and Germany to Colchester as a result of their fathers military postings. In a small ceremony the triplets received awards to mark their progress at Farnborough Military Preparation College. The next step in their careers sees Connor and Mirran begin their initial training at Harrogate, Yorkshire next month and Lauren will follow in September. Being born just a minute apart and having grown up together, attended the same school and mixed with the same group of friends their whole lives this will be the first time the triplets have been split in order for them to pursue their chosen military paths.

Mirran wants to follow directly in her father’s footsteps and become a combat medic in the Royal Army Medical Corp, Connor wants to join the Army Air Corps and Lauren wants to become an air despatcher in the Royal Logistic Corps and go into dog training at a later stage.

Their father Warrant Officer Class One Mark Duffy (39) currently serving with 16 Medical Regiment based in Colchester and mother Traci Duffy (40), who served in Queen Alexandra's Royal Army Nursing Corps and is now a receptionist at a defence firm said, “We are very proud of the Triplets, we can’t explain how we feel, we are over the moan that they have chosen something that they all want to do. I suppose with us both coming from a military background it’s been imbedded in them, they have made their own decisions and we have just supported them in their choices.”

The Military Preparation College is a free college funded by the Government and the European Social Fund, which helps 16-to-19 year olds prepare for careers in the armed forces.