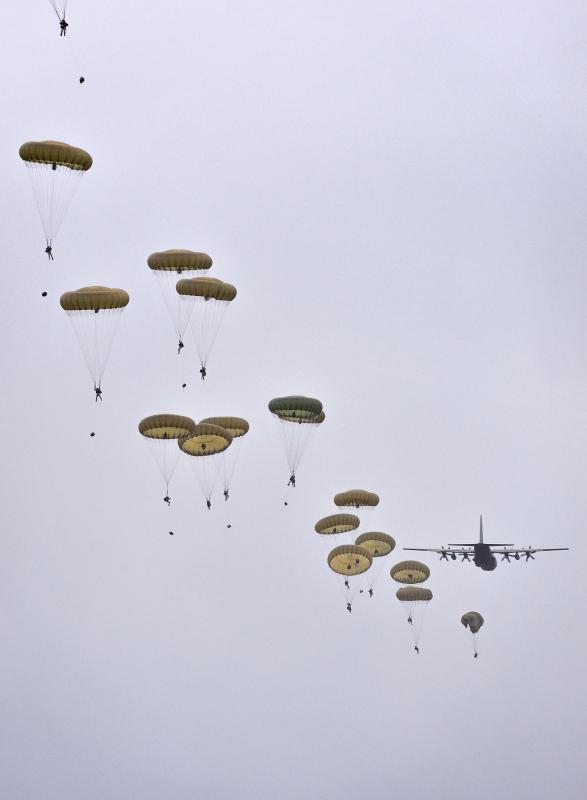 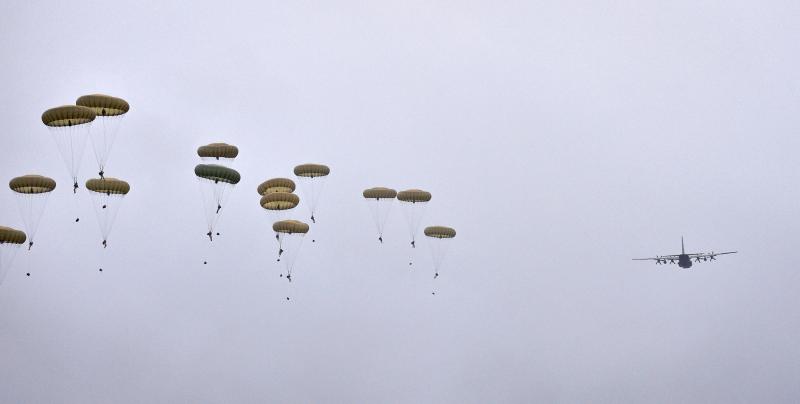 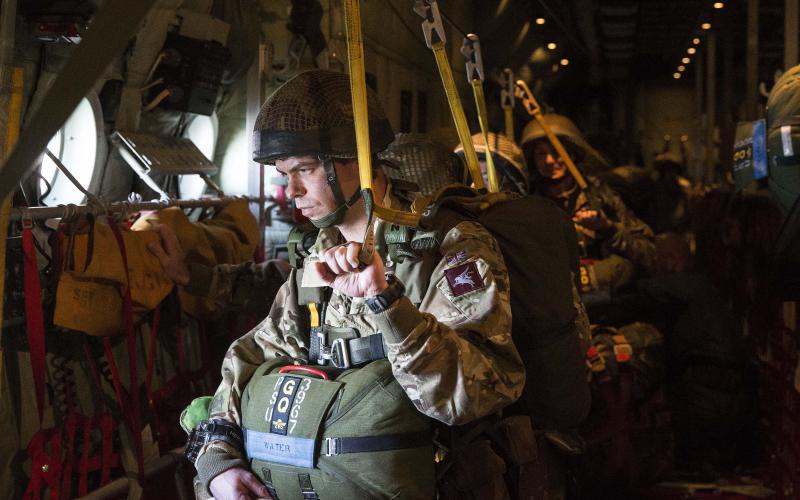 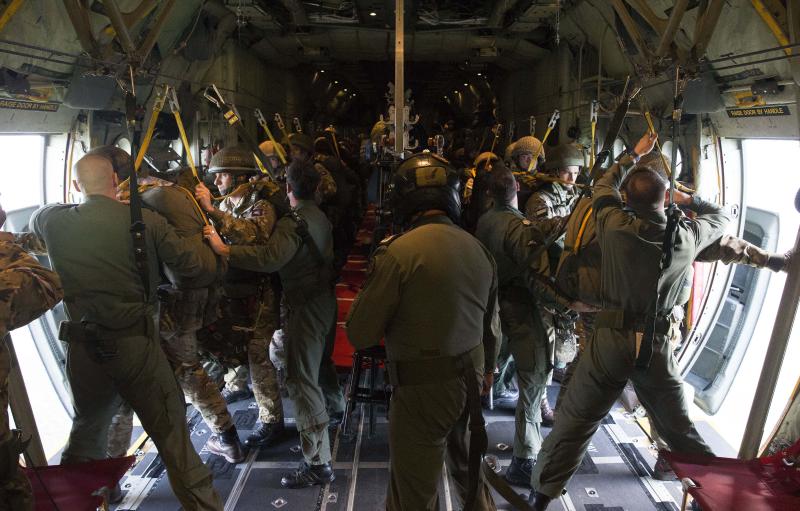 The largest military parachute drop in the UK in more than decade has demonstrated the airborne capability jointly provided by 16 Air Assault Brigade and the Royal Air Force.

Some 200 Regular and Reserve soldiers from 16 Air Assault Brigade jumped from four RAF C-130J Hercules transport aircraft onto Salisbury Plain today (Tue 8 Dec). The jump was mounted from RAF Brize Norton, with the soldiers jumping from 800 foot onto the Imber drop zone in overhead assault mode, carrying light equipment so that they would be ready to start operations when they hit the ground.

For 16 Air Assault Brigade the jumps maintained the skills of soldiers to parachute as part of the Air Assault Task Force, which is held at very high readiness to deploy anywhere in the world. It was also the first major jump since the Brigade adopted Pegasus, the iconic image of an armed man being delivered into battle from the air, as its emblem.

Brigadier Colin Weir DSO MBE, Commander of 16 Air Asslt Bde, said: “We enjoy a close relationship with the Royal Air Force and this jump is a powerful demonstration of our joint capabilities, which we continue to develop. The RAF’s Hercules transport aircraft and Puma, Merlin and Chinook support helicopters are vital to the air manoeuvre capability that defines 16 Air Assault Brigade’s unique role."

“It has also been an excellent way to mark the end of 2015, a fruitful year for the Brigade in which we have improved our interoperability with US and French paratroopers through major airborne exercises and redefined our identity and ethos through the re-adoption of Pegasus. The achievements of the soldiers who fought wearing Pegasus in the Second World War set the high standards we aim for today and we are all hugely proud to jump wearing Pegasus.”

Squadron Leader Calvin Bailey MBE, second-in-command of 47 Squadron, said: “This exercise is a key milestone in the UK’s return to an organic theatre entry capability. Having transferred our knowledge from exercising with the United States Air Force earlier in the year, this exercise has allowed us to prove our own skill set which will ensure that the Air Mobility Force has the experience to migrate this capability on to the A400M Atlas and integrate the C17 Globemaster in the coming years.”

For Private Andrew Lester, 19 from Folkestone in Kent, it was his ninth jump in 18 months serving with 3rd Battalion The Parachute Regiment. He said: “It was great conditions for jumping, with clear skies and barely any wind, and I had a soft landing. When you’re on the plane you don’t have much time to think, it’s just a case of jumping out of the door and concentrating on following the routines we’re taught in training.”