The Salford Red Devils rugby league team put through its paces by The Parachute Regiment, December 2015. 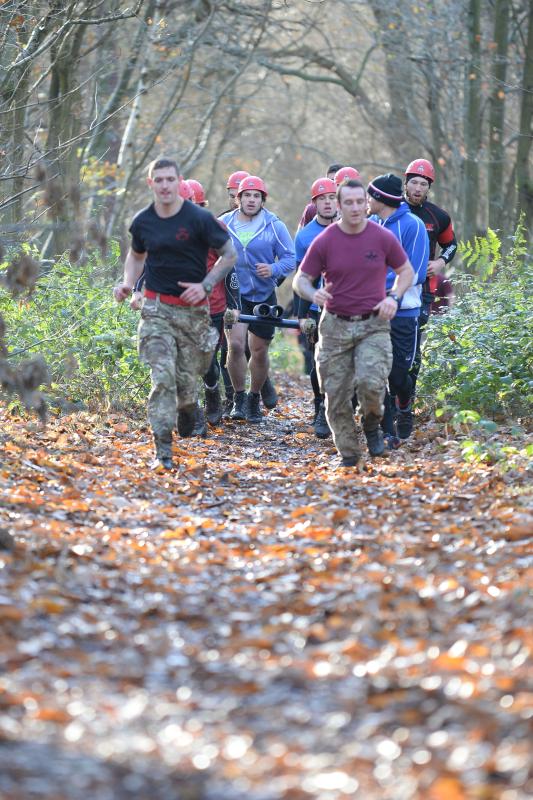 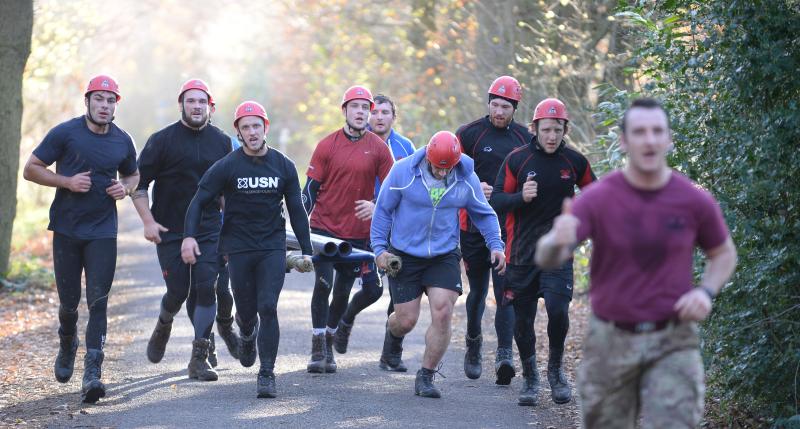 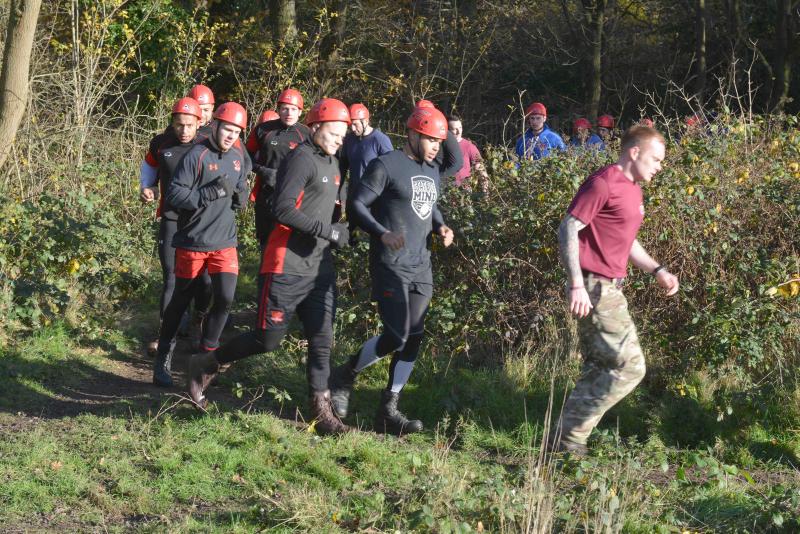 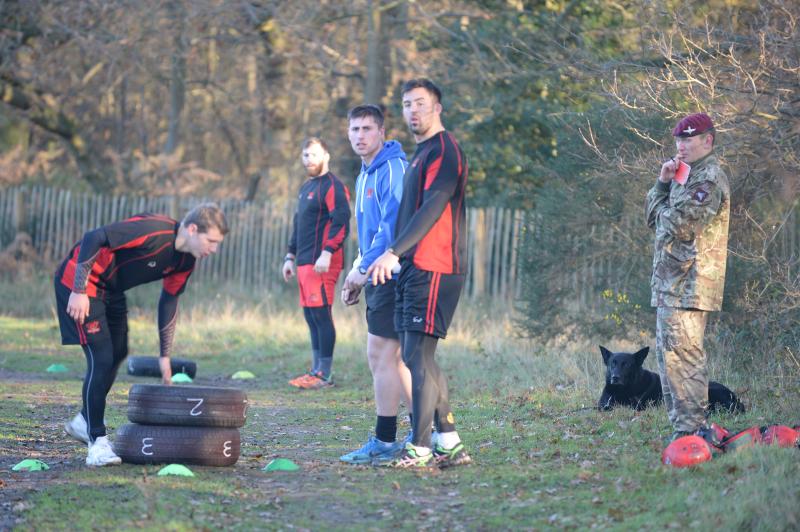 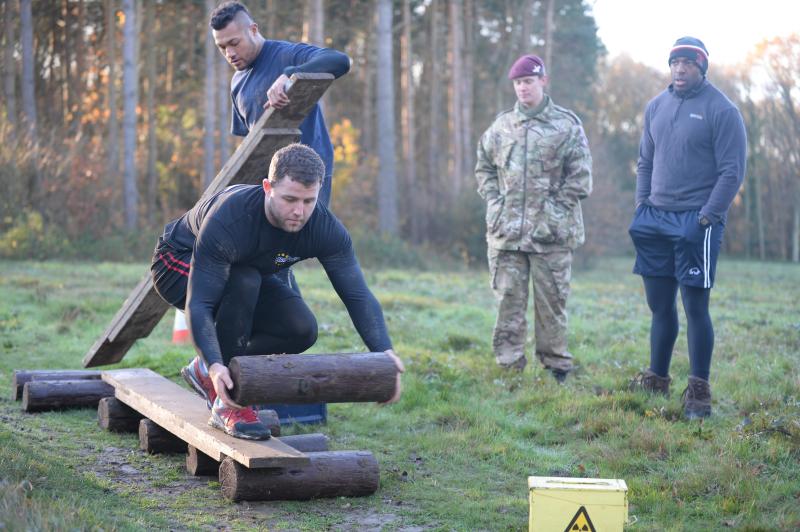 Red Devils learn from each other.

The Salford Red Devils rugby league team is being put through its paces by The Parachute Regiment, itself nicknamed the Red Devils.

The squad is being given an insight into the demands of Army life to help build team spirit ahead of the start of the Super League season in February. Across a demanding 36 hours at Colchester’s Merville Barracks, the team is working to military discipline under the watchful eyes of B Company, 2nd Battalion The Parachute Regiment.

The training started today (Wed 9 Dec) with a morning of command tasks and a four-mile stretcher race around Friday Woods, followed by an assault course and ground training for parachuting. The players will be giving a coaching session to the Battalion’s rugby team tomorrow (Thu 10 Dec) to share their skills with the Paras.

The visit is part of an arrangement which saw the club host the Trafalgar Cup rugby league match between The Parachute Regiment and The Royal Marines in July.

Major Nick French, Officer Commanding B Coy, said: “We’re helping to get them to come together as a team, using the same training that we use to develop leadership and team work skills among our soldiers. What we’re doing is very different for the players, but I’m impressed by their approach and we can learn as much from how they train and conduct themselves as they are learning from us.”

Red Devils head coach Ian Watson said: “The club has a great relationship with the military that we’ve built up over a number of years and working with the Paras is a great way to kick off our pre-season training. The guys are being worked hard and I can already see the benefits in developing team spirit, mental sharpness and ability to keep on pushing until the end.”

Mark Flanagan, a recent signing for the club at loose forward, said: “I wouldn’t say I’m enjoying it, but it’s the tough work out that we expected and we’re getting a lot out of it. The stretcher race really demands team work and determination, which we can apply in a match when we’re on our last legs and we’ve still got five minutes to play. It’s good to do something different to get to know the guys and we’ve learnt a lot about each other.”

Physical training instructor Corporal Alexander Sales, 31 from Orpington in Kent, led the players around the stretcher race. He said: “The physical exercises we’re doing are very different to rugby league, which demands short and intense bursts rather than endurance, but the players have stepped up.From what I’ve seen we share a determination to keep going until we win, whether that’s on the battlefield or the rugby pitch.”