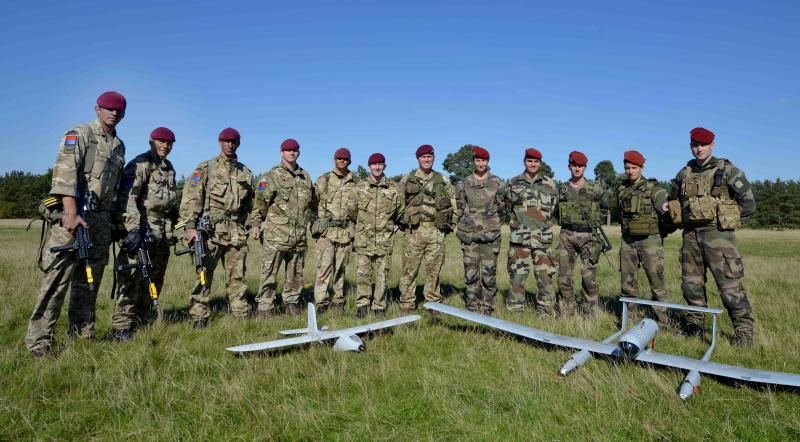 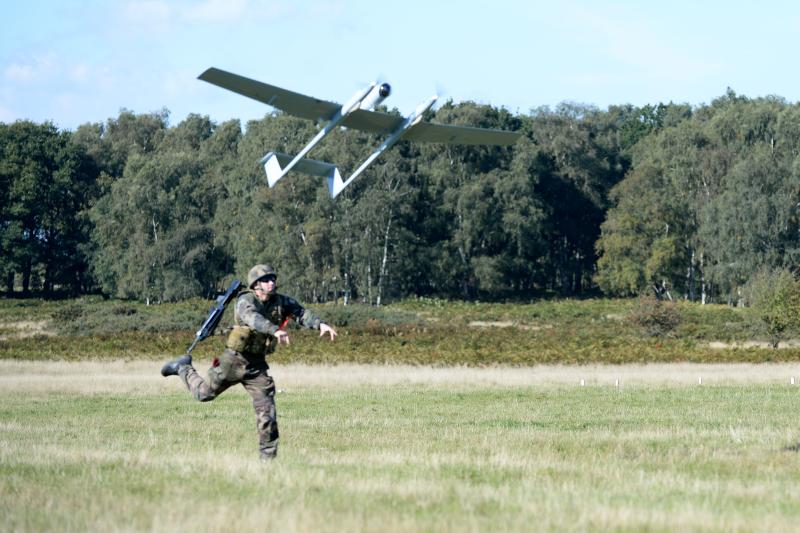 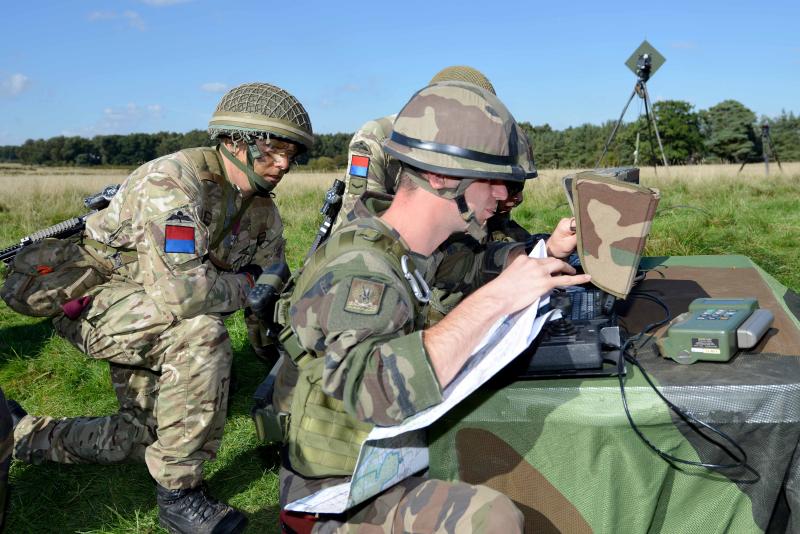 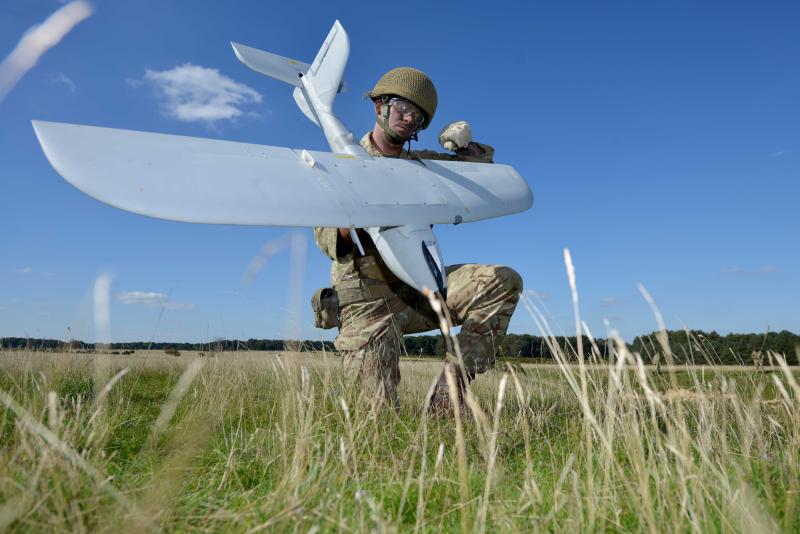 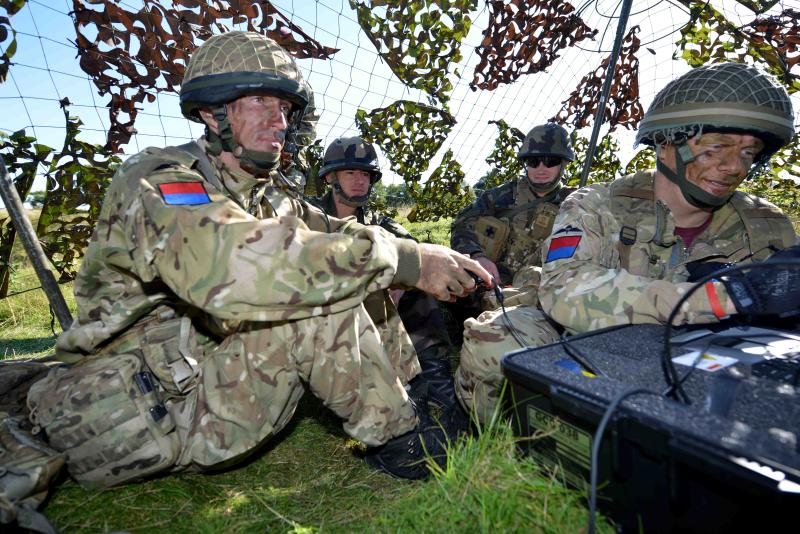 British and French ‘eyes in the sky’ fly together.

British and French Mini Unmanned Air Systems (MUAS) are training together for the first time as part of a major exercise to improve the two armies’ interoperability.

The British Desert Hawk 3 (DH3) and the French Drone de Reconnaissance au Contact (DRAC) are flying in the skies over the STANTA ranges in Norfolk as part of Exercise Eagles Amarante. Both MUAS - operated by 21 (Air Assault) Battery, 47 Regiment Royal Artillery and 35e Regiment d’Artillerie Parachutiste respectively - are designed to give commanders an ‘over the hill’ view of the battlefield.

The two units started the two-week exercise with familiarisation training to learn about the capabilities of each other’s equipment and tactics. They then progressed to flying joint missions in support of troops on the ground.

Major Kevin Cammack, Battery Commander of Larkhill-based 21 (Air Asslt) Bty, said: “We have very different pieces of equipment to do the same job and this training is about finding out how we can operate together to give commanders the best possible picture of the battlefield. It’s important that we train with the French so that, if we deploy together on an operation in the future, we already understand each other’s capabilities.”

Captain Marie De Lazzer, of 35e RAP, said: “This is the first time DRAC has flown on an exercise with DH3 and it has been a very interesting to share our experience of using MUAS on operations, Mali for DRAC and DH3 in Afghanistan. We have learnt a lot about ourselves and how we operate by looking at a different unit doing the same job as us.”

Both the DH3 and DRAC offer a man-portable aerial video surveillance capability that can operate by day and night.

Bombardier Trevor Lambden, 26 from Portsmouth, said: “We’ve got on well with the French and it’s been interesting to see how they work. It’s six of one and half a dozen of the other between our two systems. The DRAC is more stable than DH3, but that’s because it’s bigger and more bulky to transport than the DH3, which can get closer to the target without being observed.”

DH3 has also been flying in support of enemy forces on the exercise.

Major Cammack said: “We are training for contingency operations and we do not know who the enemy will be and what capabilities they will have. It is important that we give our troops a chance to train against MUAS so they have to think about counter-measures.”

MUAS interoperability is one element of joint working across the exercise, which has seen 1,800 troops from 16 Air Assault Brigade and 11e Brigade Parachutiste training together. The force – built around 2nd Battalion The Parachute Regiment and 1er Regiment de Chasseurs Parachutistes – has been challenged with a simulated mission to restore stability to a troubled region.

Both brigades provide their armies’ rapid reaction forces and are at the forefront of Franco-British military co-operation. Together they form the Interim Combined Joint Expeditionary Force (I-CJEF) which is ready to deploy at short notice on operations anywhere in the world.