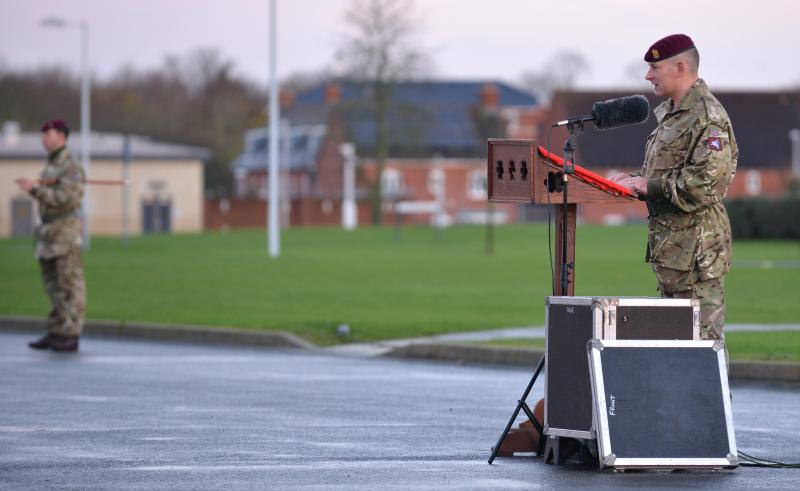 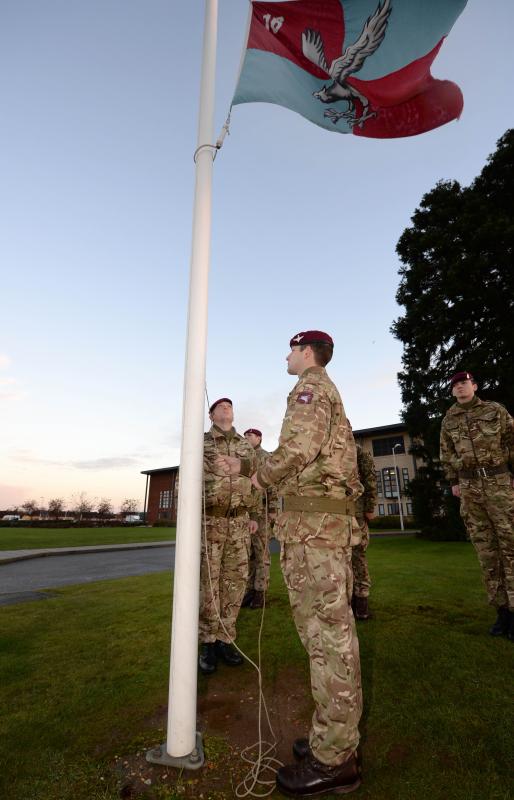 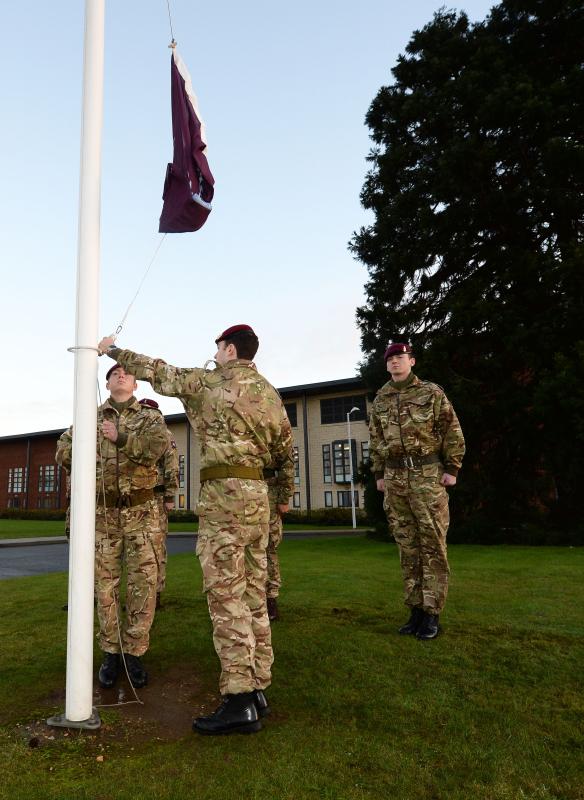 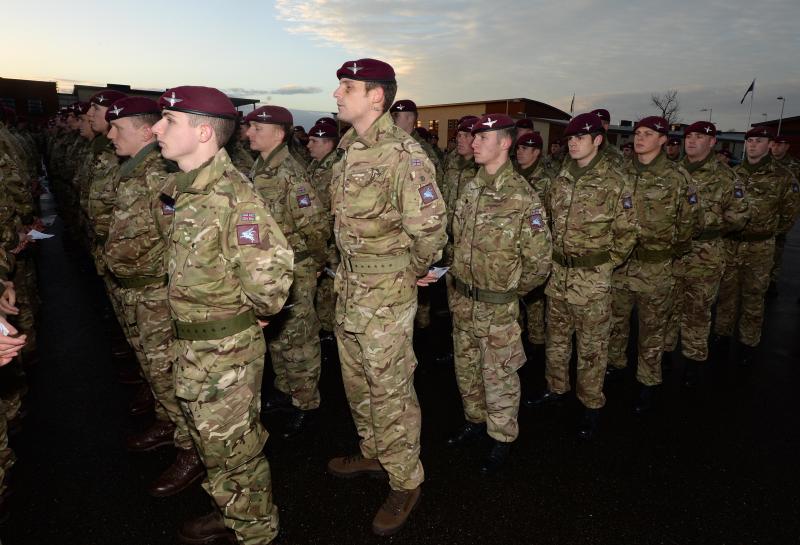 Pegasus has become the emblem of 16 Air Assault Brigade as part of changes to the Brigade’s structure and command relationships.

Pegasus is recognised internationally as the defining symbol of British Airborne Forces and replaces the Striking Eagle used as 16 Air Asslt Bde’s emblem since its formation in 1999.

Pegasus has been adopted as 16 Air Asslt Bde leaves Joint Helicopter Command (JHC) to come under the direct command of the newly formed Headquarters Field Army. The Attack Helicopter Force - formed of Wattisham-based 3 and 4 Regiments Army Air Corps and 7 Air Assault Battalion Royal Electrical and Mechanical Engineers - is remaining within JHC along the military’s other helicopter forces, but will continue to work closely with 16 Air Asslt Bde.

The change was formally marked today (Wed 25 Nov) at a sunrise parade at Merville Barracks in Colchester. Some 2,000 troops and civilian support staff from all of 16 Air Asslt Bde’s units gathered to watch the Striking Eagle flag lowered for the last time and Pegasus raised in its place.

The ceremony, led by Senior Chaplain Reverend Alan Steele MBE, retired the Striking Eagle with dignity and gave soldiers a chance to reflect on the operations in Northern Ireland, Sierra Leone, Macedonia, Iraq, Afghanistan, Libya and Mali for which it served as the Brigade’s emblem.

The Pegasus adopted by 16 Air Asslt Bde is the same emblem used by the 1st and 6th Airborne Divisions and the 44th Indian Airborne Division in the Second World War. The parachute and glider troops who served at battles such as D-Day, Arnhem, the Rhine Crossings and in Burma set the high standards expected of today’s Airborne Forces.

“The parade has given us an opportunity to gather together as a Brigade and reflect on our history under the Striking Eagle, to pay tribute to those killed on operations while wearing it and look to our future under Pegasus."

“The Brigade is continuing to develop its airborne capabilities alongside the Royal Air Force and Joint Helicopter Force and working ever more closely with our partners in the US and French armies. Whatever, whenever and wherever the next operation is for 16 Air Assault Brigade, Pegasus and its ethos will once again be in the van of battle.”