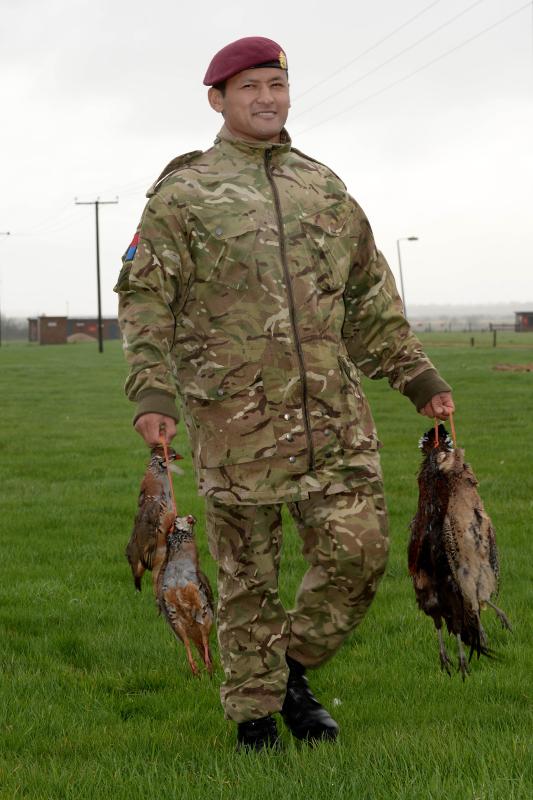 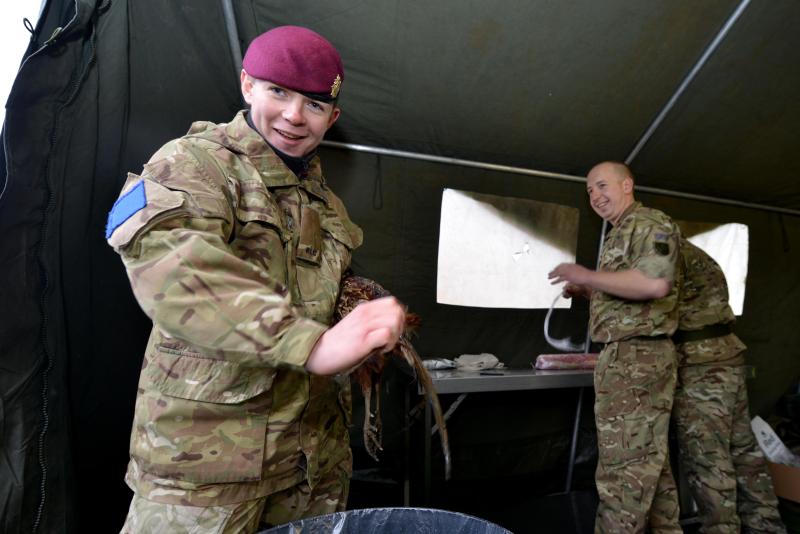 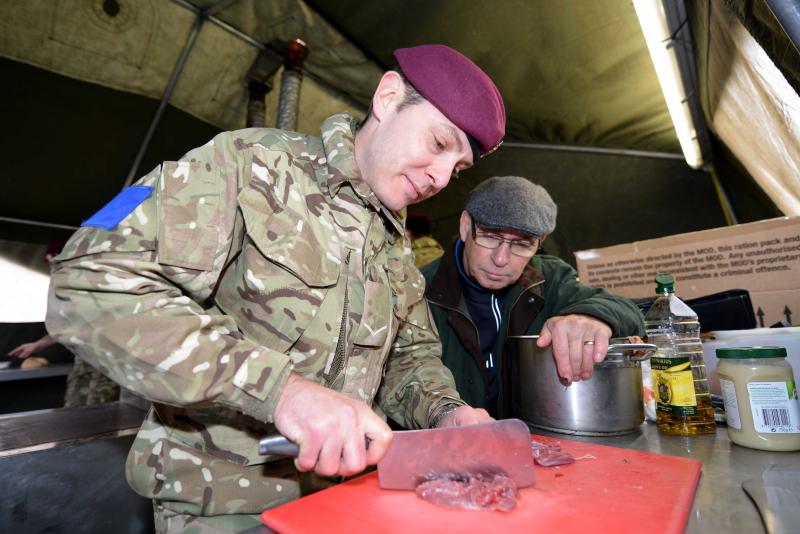 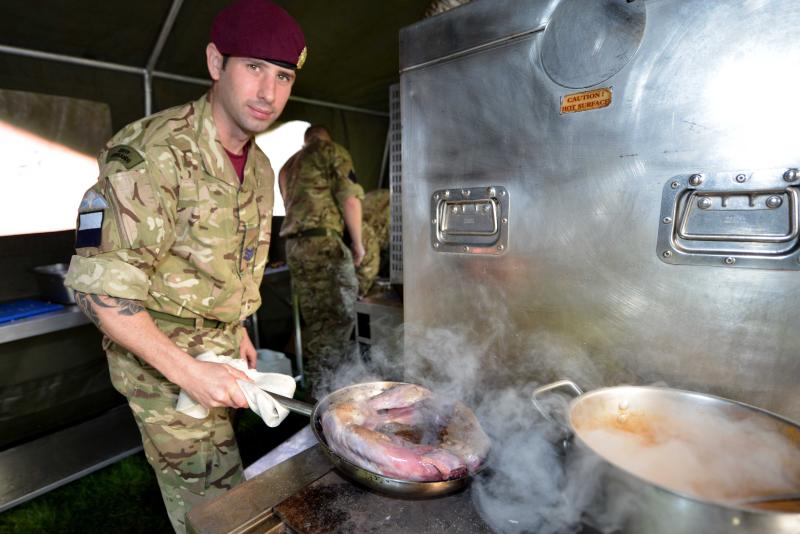 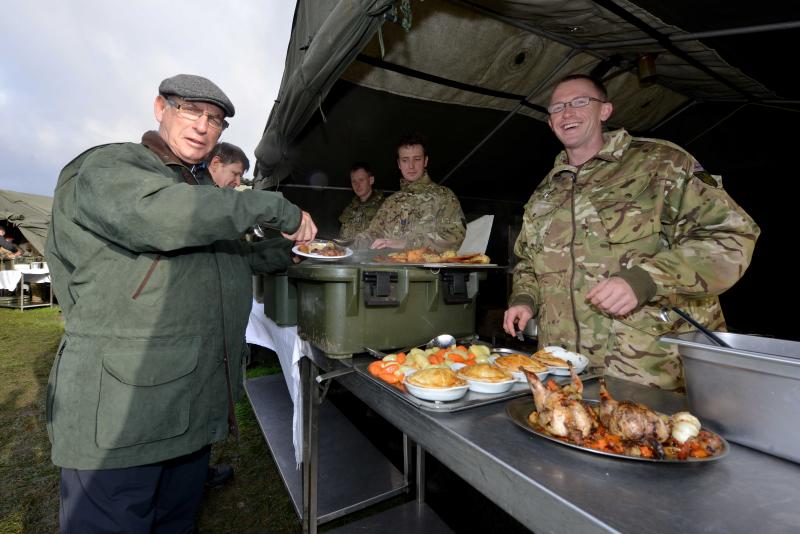 From on the wing to on the plate, chefs from 16 Air Assault Brigade have taken a master class in cooking game.

Exercise Eagles Game challenged chefs to work with unfamiliar ingredients to widen their skills and prepare for the challenge of operations in austere environments.

The training, held at Fingringhoe Ranges today (Sat 21 Nov), saw chefs given game shot by the Colchester Garrison Shoot to prepare and cook. It was designed to prepare the chefs for catering in the early stages of a military operation, where the supply system may not be fully established and they may have to work with locally-sourced ingredients.

The exercise also helped develop teamwork and leadership skills, with mixed teams of chefs from different units working together.

Sergeant AJ Huyser, of 2nd Battalion The Parachute Regiment, headed up one of the cooking teams. The 35-year-old South African said: “For many of our younger chefs it is their first time cooking with game and working with meat that has not already been butchered. Dealing with feathers and fur is a new experience and they need to learn different skills to prepare game."

“This is relevant to our operational role because there might not always be the logistic chain to deliver rations and our chefs might have to improvise to ensure soldiers are fed. What we’re doing today will give them the confidence and skills to think outside of the ration box and adapt."

Goose and spring onion pie, partridge curry and game casserole were among the dishes cooked under the watchful eye of Geoff Acott MBE, vice president of catering trade organisation the Craft Guild of Chefs.

Mr Acott, a former Army chef, said: “I’m here to give technical advice to help the chefs prepare game safely to cook. The basic skills of Army chefs are a lot better than when I started out and they have had more experience of working in the field. I’m impressed with how they’re adapting their skills and recipes to different ingredients.”

2 PARA chef Lance Corporal Sam Jakubowski, 26 from Winchester, said: “We started the day with 10 partridges to pluck and butcher, which was my first experience of preparing game. It’s good to learn new skills to work with different ingredients, which could be useful on operations.”