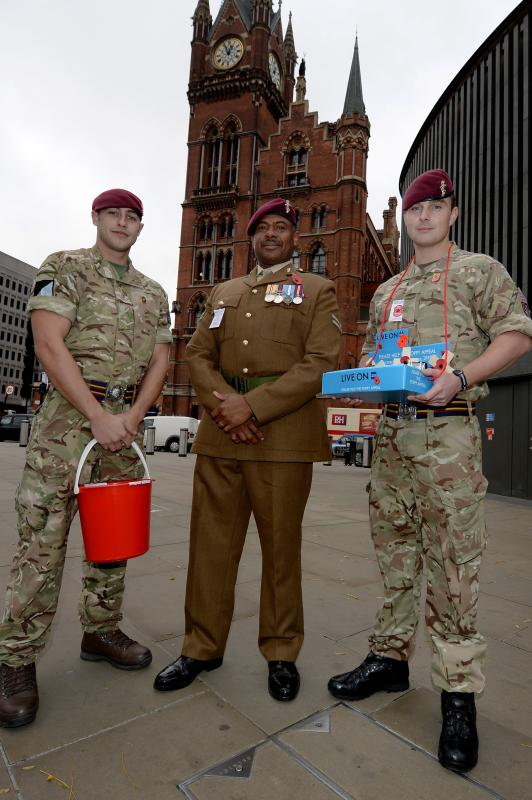 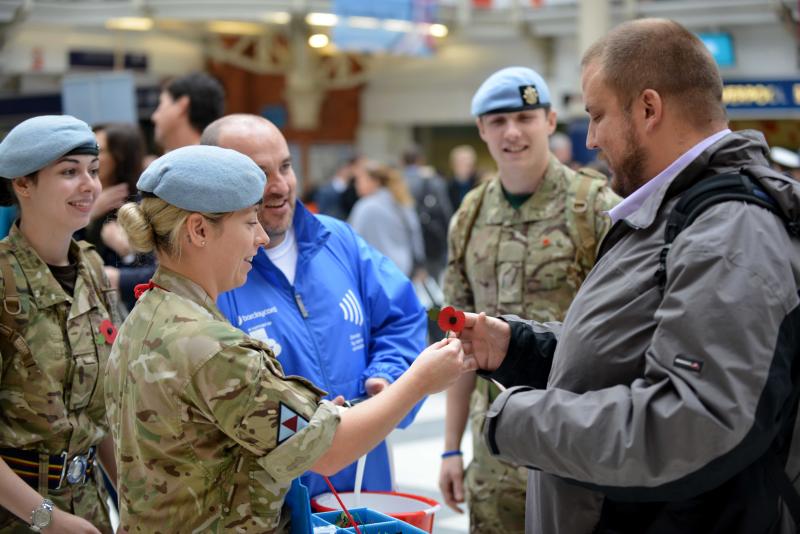 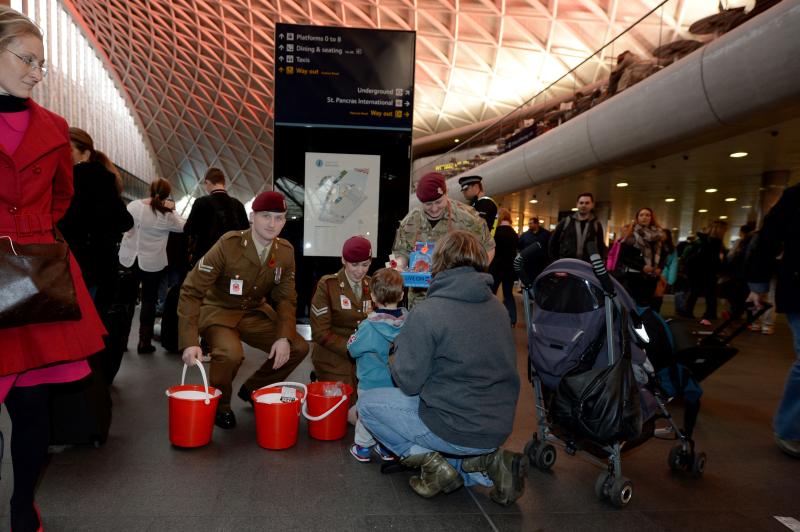 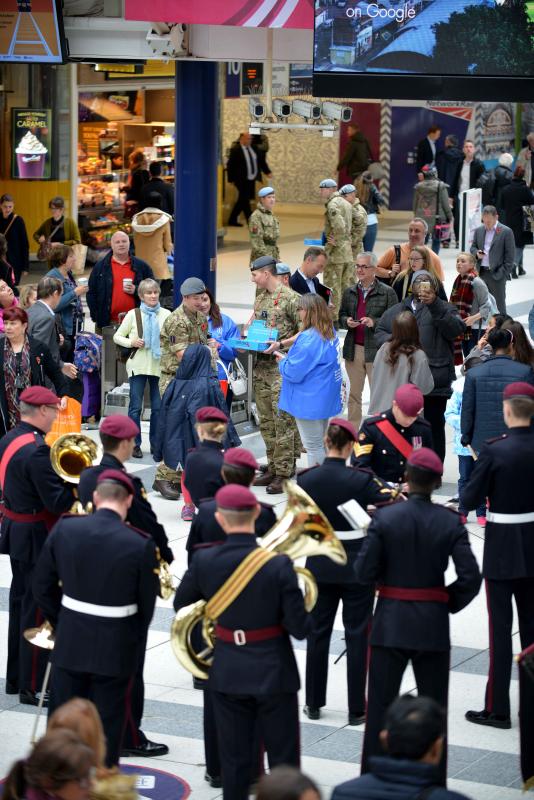 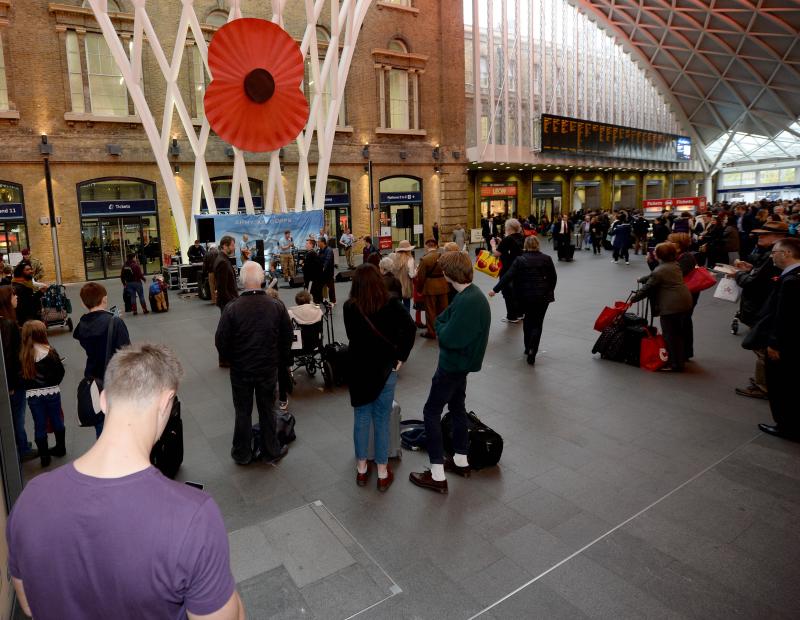 Approximately 150 troops from the Brigade's units based at Colchester's Merville Barracks and Wattisham Flying Station in Suffolk have travelled down to London to raise funds for the Poppy Appeal.

The troops collected donations from commuters, tourists and workers in Liverpool Street, King's Cross and St Pancras stations and the surrounding streets. The Band of The Parachute Regiment and The Band of The Army Air Corps, both based in Colchester, set the fundraising efforts to music.

The 22-year-old from Peterborough said: "The Poppy Appeal is really important to everyone in the Army, because it's about supporting our past and those killed in war. The public have been really supportive towards us and generous in their donations."

The 28-year-old from Ballymena said: "London Poppy Day has been a really good experience. Everyone has been really interested in talking to us and thanking us for what we do, and it's great to feel that support. People have been really generous in giving to the Poppy Appeal - my team filled five donation buckets across the morning rush hour, which is amazing!"