Paratroopers on Exercise Arrcade Fusion 2015 in the Baltic States, November 2015. 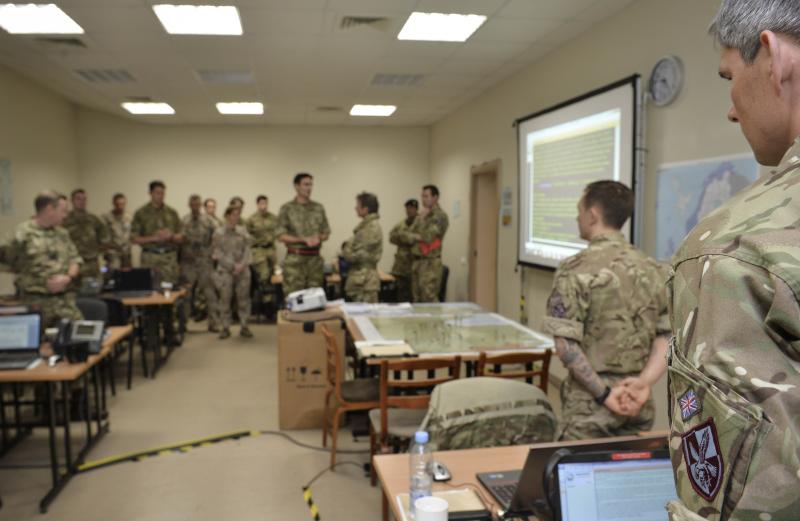 Paratroopers exercise on AF15 in the Baltic States

Troops from 16 Air Assault Brigade have deployed to Latvia to support an annual exercise run by the Allied Rapid Reaction Corps (ARRC). Exercise Arrcade Fusion 2015 (AF15) sees NATO troops working alongside each other to test how they would respond to a security situation.

The Brigade Headquarters planning staff, based at Merville Barracks in Colchester, have been conducting joint planning alongside their Latvian colleagues. They have been looking into how each other would conduct different types of operations to provide security in the region.

Lt. Gen. Tim Evans, Commander of the ARRC said, "It's great to have 16 Air Assault Brigade supporting us here in the Baltic. This is a great opportunity to refine our processes and better understand how our Latvian partners can support a NATO force deploying into their country."

Lt. Col. John Clark, Commanding Officer of 23 Parachute Engineer Regiment said, "This exercise not only tests our ability to deploy to a foreign country and plan operations in unfamiliar territory, but also allows us to work closely with NATO allies, in this case the Latvians. Every nation's Armed Forces deal with dynamic security challenges differently so it's a great learning opportunity for us as well as demonstrating the strength of the Alliance."

AF15 is a command post exercises for HQ staffs. The unit is not jumping.