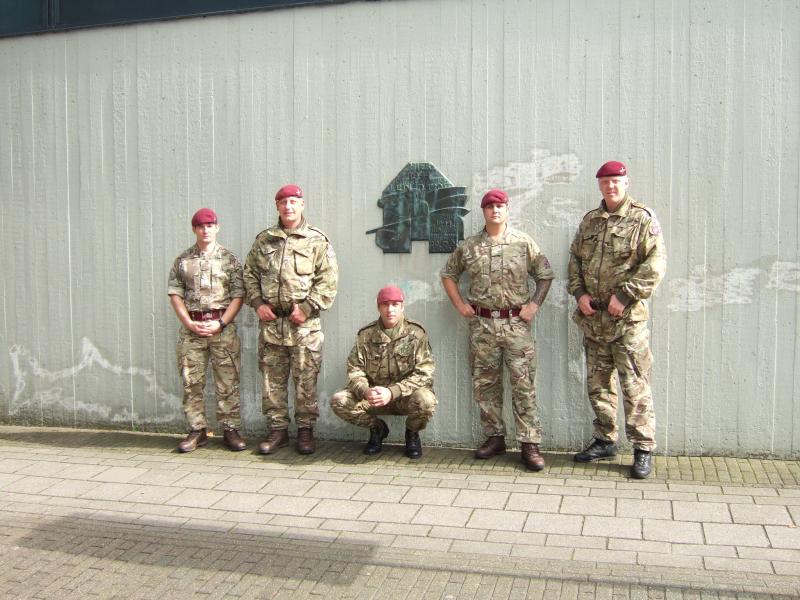 Some of the Senior NCO's of the 2 PARA group that carried out a battlefield tour on Friday, 18 September 2015.

Photograph taken in Arnhem at the site of Lieut-Colonel John Frost's headquarters in September 1944.

2 PARA were the lead contingent from the British Airborne Forces, with over 200 men, taking part in a joint forces exercise, to commemorate the Battle of Arnhem. The exercise, called ‘Exercise Falcon Leap 15’, involved troops from 5 other nations, with a combined total of 1,200 men. During the week a series of battlefield tours were carried out around the area, with the Assistant Curator from the Airborne Assault Museum, Bob Hilton, conducting them.