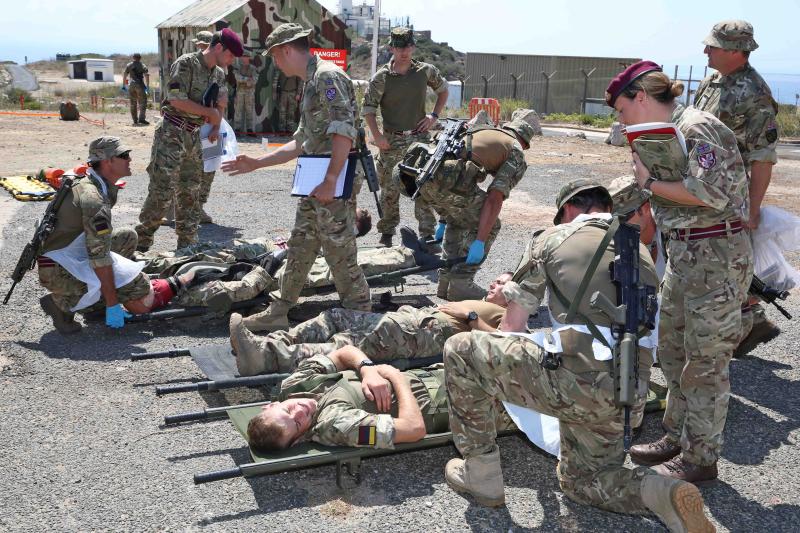 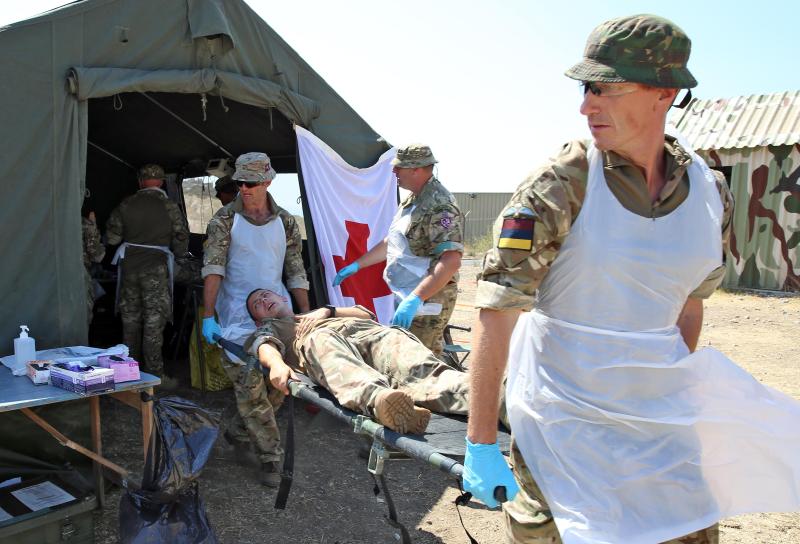 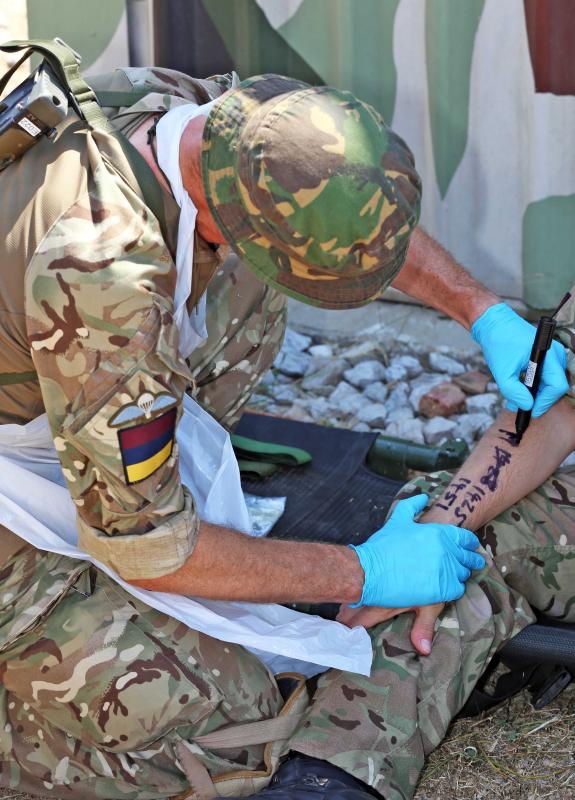 Over 100 regular and reserve troops from 16 Medical Regiment, which provides dedicated medical support to 16 Air Assault Brigade, have been in Gibraltar conducting a two-week training exercise.

Major Steve Wignall, Officer Commanding 19 Medical Squadron, explained: “The first part of the exercise concentrated on military medical skills; it has been especially useful being in Gibraltar because we have been able to use the complex tunnel system, which is a unique training environment and very useful for our medics who have the added complication of extracting casualties backwards to a Role 1 Post. The second phase provided 144 Squadron with Role 1 validation which essentially ensures they are able to deploy on operations with their regular counterparts. Finally, we have been able to carry out some adventure training, which has been a real morale boost for my soldiers because we have been extremely busy.”

For 144 Parachute Medical Squadron, which is the only medical reserve unit with parachute capability, the exercise not only provided their essential quality assurance validation but it also gave them the opportunity to work closely with their regular counterparts and share knowledge and best practice.

Major Eric Bellew, Officer Commanding 144 Parachute Medical Squadron, said: “A proportion of our reserves already work in the medical profession as doctors, nurses, ambulance technicians, paramedics and other emergency services which are all pertinent to the type of work they carry out in their reservist roles. When we train together there is always a cross pollination of skills, we get so much out of training with the regular element and we also bring in our experiences from a wide variety of civilian roles.”

Reservist Major Sam Ley, who is an anaesthetist at a Glasgow hospital, explains how the training has a direct benefit to both military and NHS medical care.

He said: “We gain so much more experience working with the military because working in an NHS environment we don’t actually see patients as badly injured as we have done on operations. The great thing is we can take all that knowledge back into the NHS and improve the services. Within my hospital there have been some changes to services as a direct result of knowledge gained in Afghanistan and Iraq. We both have different training that we do and the combination of these two backgrounds is what gives us the good results that we have managed to achieve.”

The experience and knowledge sharing was not only limited to the British Army, with four medics from the United States Army attached to the exercise as part of an exchange programme. Captain Michelle Levesque from 224th Area Support Medical Company, based in Maryland, USA, discovered that whilst there are some strong similarities between the two countries, her role as a Physician Assistant is fulfilled differently within the British Army.

She said: “In regards to medics it is honestly very much mirrored. As a Physician Assistant, I notice that they don’t have that particular position in the British Army, but they do have components of it. I function in the United States Army alongside the Physician and work in a Role 1 just like this. It has been great to be able to train and learn with them and we have integrated with them also.”