HRH The Prince of Wales with young recruits, 10 September 2015. 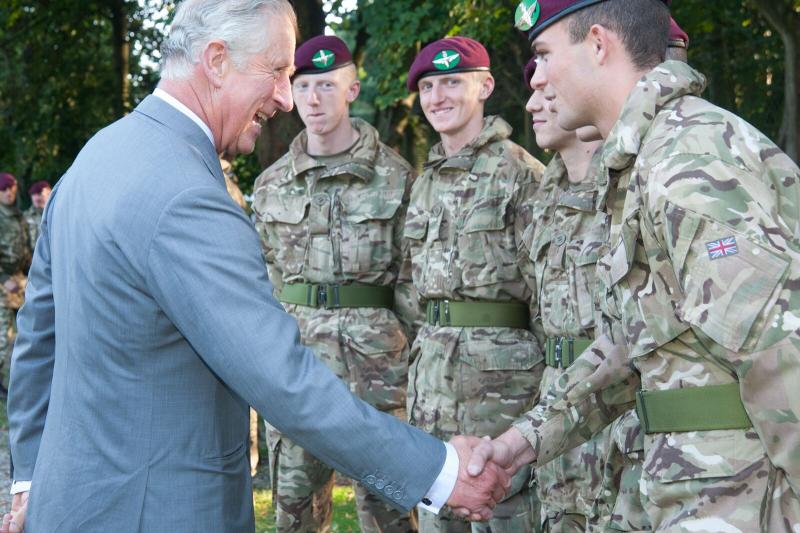 Despite a tight schedule The Prince of Wales made time to have a photograph taken with all the training teams before being treated to a Trainasium demonstration by the young recruits. Accompanied by The Regimental Colonel, Lt Col Radbourne, The Prince of Wales also took the time to talk to members from all three Battalions, as well as a selection of recruits, where he was pleased to hear that many in the audience had come in from leave especially.