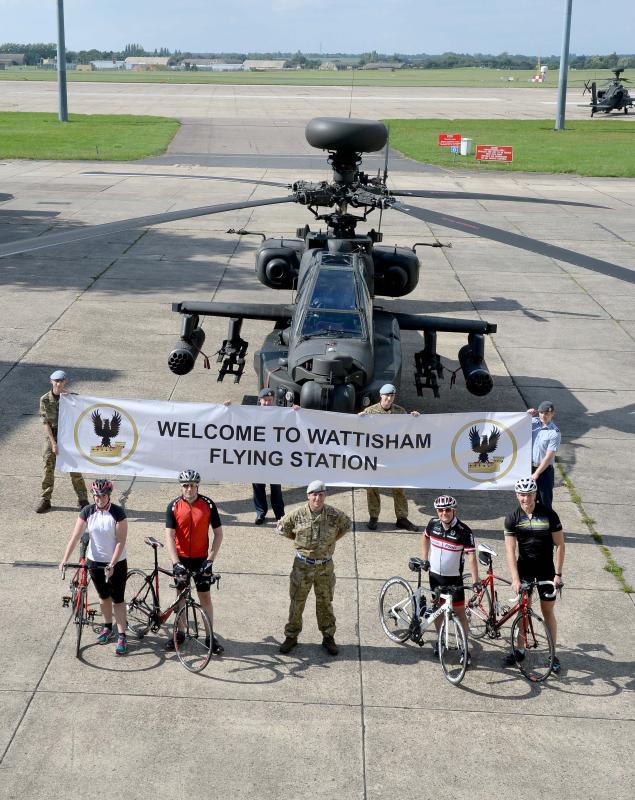 Excitement is building at Wattisham Flying Station ahead of the Aviva Tour of Britain sprinting through the base on Saturday 12 September.

Wattisham – the main operating base for the British Army’s Apache attack helicopter – will welcome the world’s top cyclists as they race through the base during the 142-mile-long stage from Fakenham to Ipswich.

The base’s 2,400-metre runway will host an intermediate YodelDirect Sprint, sponsored by parcel delivery company Yodel. The start of the sprint will be marked by Phantom and Hunter fighter jets, recalling the station’s history as an RAF base during the Cold War, while the finishing line will be flanked by a pair of Apaches.

The riders are expected to reach Wattisham Airfield at 2.27pm and to have left by 2.35pm on their way to the stage finish on Princes Street in Ipswich. As an operational military airfield, the general public will not be allowed in to Wattisham, but the race will be broadcast live on ITV4 and British Eurosport as it passes through.

Flight Sergeant Darren Kerridge, an RAF survival equipment fitter for 3 Regiment Army Air Corps, volunteers for British Cycling to encourage people to get on their bikes.

The 43-year-old said: “My wife Julie and I are passionate cyclists, with seven bikes between us! We’re really excited about Saturday and we’ll be riding over from our house in Colchester to watch. The professionals will whizz through, but it’ll be great to see them riding through where I work.

“There’s been a definite buzz at Wattisham about the race coming down the runway and I’ve noticed more people riding around the base. I got into cycling watching the Tour de France on TV and hopefully seeing the race in the flesh will inspire people to try it.”

Colonel Jason Etherington, Commander of Wattisham Flying Station, said: "The Tour of Britain is a great sporting occasion for Suffolk and the sprint along Wattisham's runway will provide a unique challenge. There are many keen cyclists at Wattisham, who compete at both military and civilian events, and we look forward to watching the professionals in action."