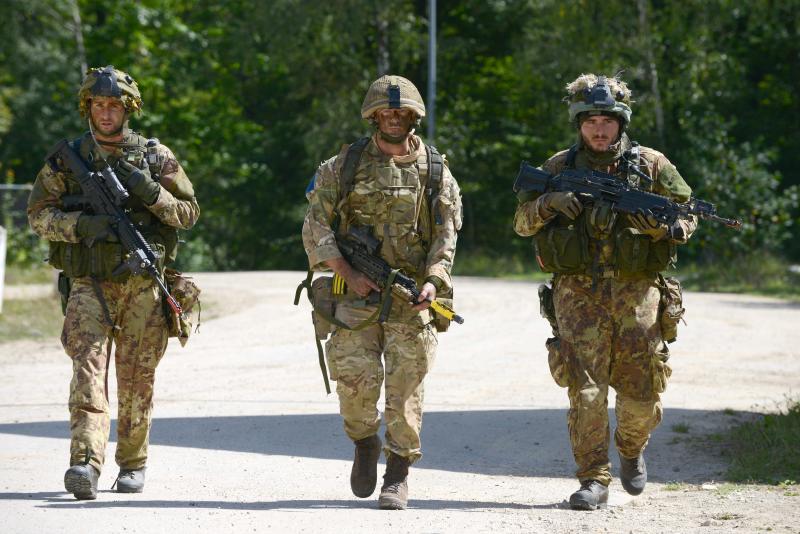 Colchester-based paratroopers are training alongside Italian soldiers on a US Army-led exercise in southern Germany.

C (Bruneval) Company, 2nd Battalion The Parachute Regiment (C Coy, 2 PARA) is on Exercise Swift Response, the largest multinational airborne exercise in Europe since the end of the Cold War. Some 4,800 soldiers from 11 NATO countries are training together to improve their ability to operate together in response to international crises.

C Coy is under the command of the Italian 183° Reggimento Paracadutisti Nembo, which also includes a company of American paratroopers for the exercise. The joint unit is part of a larger task force built around the US Army’s 1st Brigade Combat Team, 82nd Airborne Division, which is challenged to restore security to a country dealing with the aftermath of a failed coup and the threat of international terrorism.

The British and Italian troops parachuted in to the Hohenfels Training Area from two RAF C-130J Hercules as part of a mass drop of 1,300 paratroopers from 13 aircraft. From the DZ, the paratroopers marched overnight to capture an airstrip for additional troops and equipment to be landed. From there, the paratroopers carried out a non-combatant evacuation operation to take international observers to safety. As the security situation worsened, the task force launched offensive operations against the insurgents.