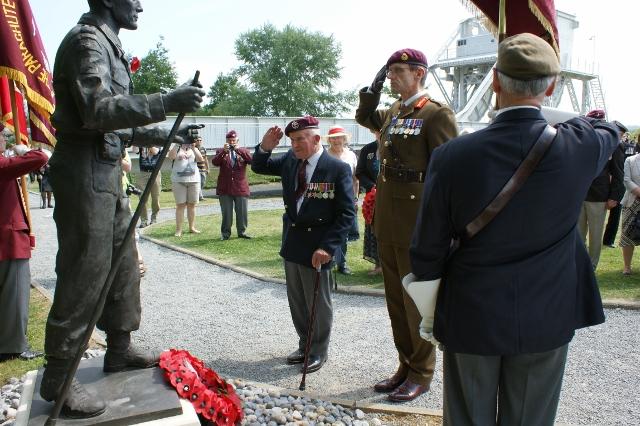 On 6 June, the day’s events began with the Service of Remembrance in the Ranville Cemetery which started with the traditional welcome speech by the Mayor, M. Jean Luc Adelaide at the 13th Battalion Memorial at the Ranville crossroads. Large numbers of local people from Ranville, including local school children, attended the ceremony. Herr Jochen Vogl, the Burgemeister of Motten in Germany, one of Ranville's twin towns, was also in attendance. The speeches were expertly given both in French and English by the Leader of the Veterans Laurie Weedon, who along with the Colonel Commandant laid a wreath at the 13th Battalion Memorial.