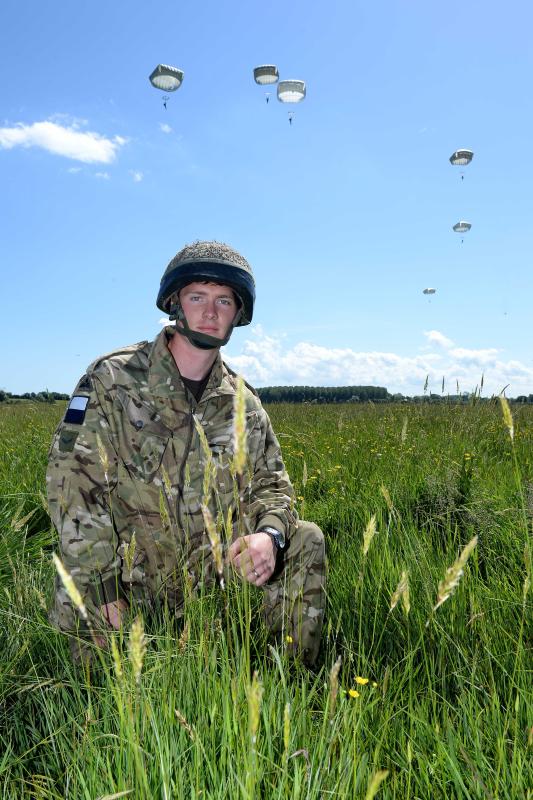 Paratroopers from 16 Air Assault Brigade jumped alongside counterparts from across the world at Ste-Mère-Église in Normandy to conclude commemorations of the 70th anniversary of D-Day.

Nearly 1,000 paratroopers descended onto fields on the outskirts of the town on Sunday (8 June) in a mass jump organised by the American 82nd Airborne Division. The 60 British soldiers joined colleagues from America, The Netherlands, France, Germany and Belgium for the joint jump. The soldiers jumped from 14 Hercules transport aircraft from different nations, including an RAF aircraft, in an impressive display of joint airborne capability in front of a crowd of 40,000 people.