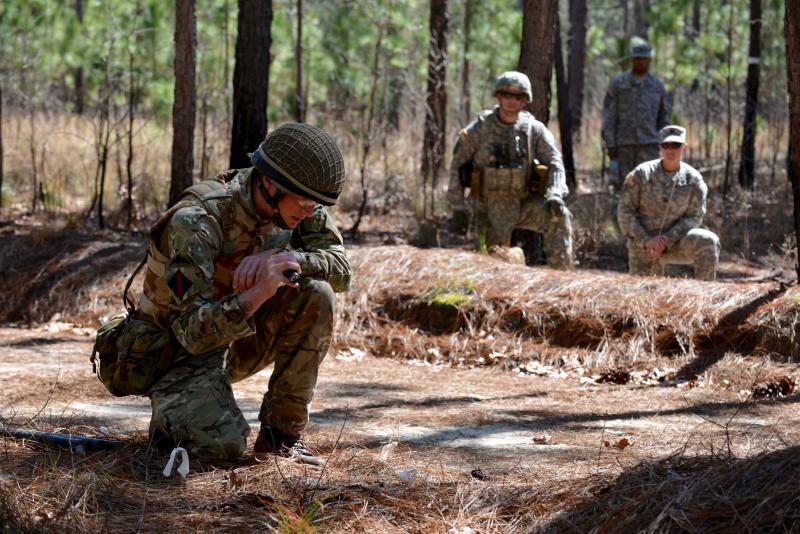 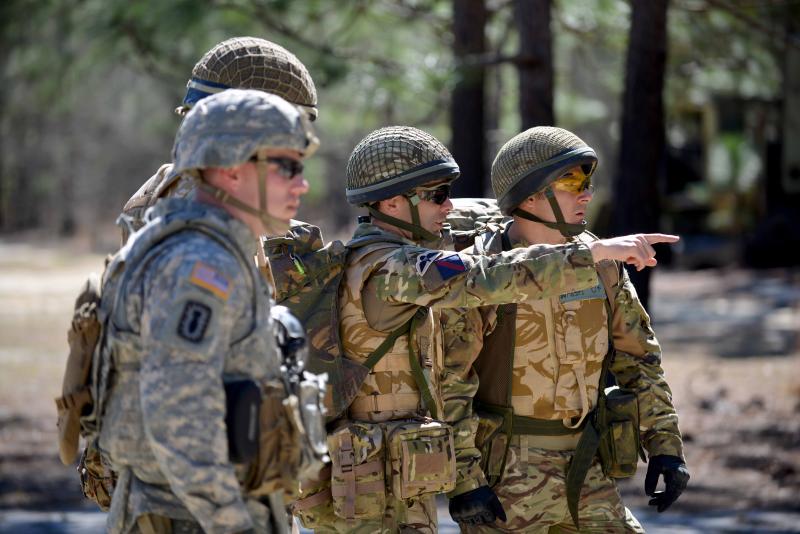 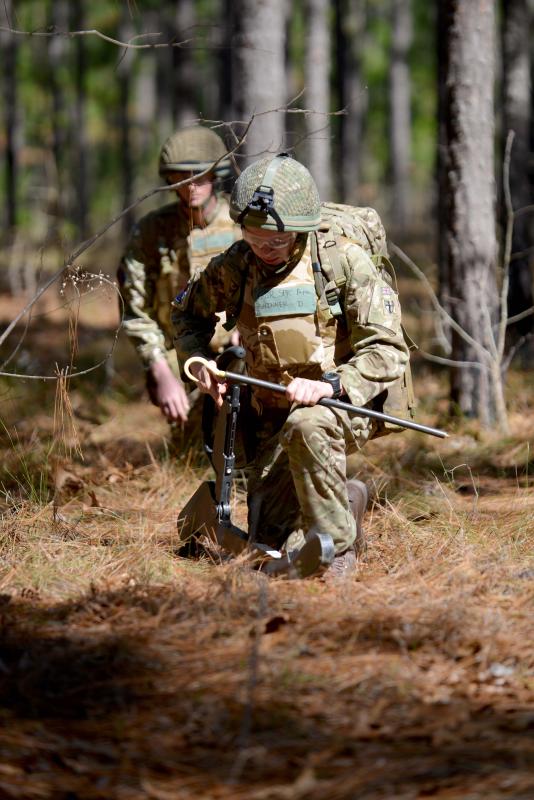 British and American bomb disposal experts have been training together to improve their ability to operate together in the future.

Sappers from Wimbish-based 33 Engineer Regiment (Explosive Ordnance Disposal) have recently returned from the Combined Joint Operational Access Exercise, held in Fort Bragg, North Carolina. The training was about developing the ability of 16 Air Assault Brigade and the US Army’s 82nd Airborne Division, which both serve as their respective armies rapid reaction forces, to deploy as a joint force in response to international crises.

The troops from 33 Engr Regt (EOD) worked with the American 192nd Ordnance Battalion (Explosive Ordnance Battalion). Each unit demonstrated their skills and equipment to the other ahead of a simulated mission in which 2,100 British and American troops and their equipment parachuted into a troubled region to work side-by-side to restore stability.

The 36-year-old from Lockerbie said: “It’s been a really good experience for the guys and the relationship with the Americans has worked really well. We’re sharing our skills and drills and learning about and from each other.

“We have a broader range of skills than our American counterparts. They don’t have the specialist search teams that we do, they are more focussed on disposal. Also, we can parachute in and start work on the drop zone, which is something they aren’t trained to do.”

A key training serial saw British troops search a road for IEDs, calling in American engineers to deal with what they found.

192nd ORD’s Captain Whitney Lee said: “We have opened up to each other to show how we operate, demonstrate our kit and share trade secrets. We have a stronger disposal capability, but the British have better search skills and they are parachute-trained. For them to be able to jump in and clear an area for our forces to follow through is a great pairing.

“The combination of our two capabilities makes for a much stronger team, which is what this exercise is all about.”

For Sapper Dave Shinner, CJOAX was his first overseas exercise in his three-year Army career. The 20-year-old from Fazakerley said: “The training is going really well, they’re very friendly and we understood each other straight away because we’ve got similar skills and mindset.”