Three veterans of the Battle for Plaman Mapu, hosted by 2 PARA fifty years on! April 2015. 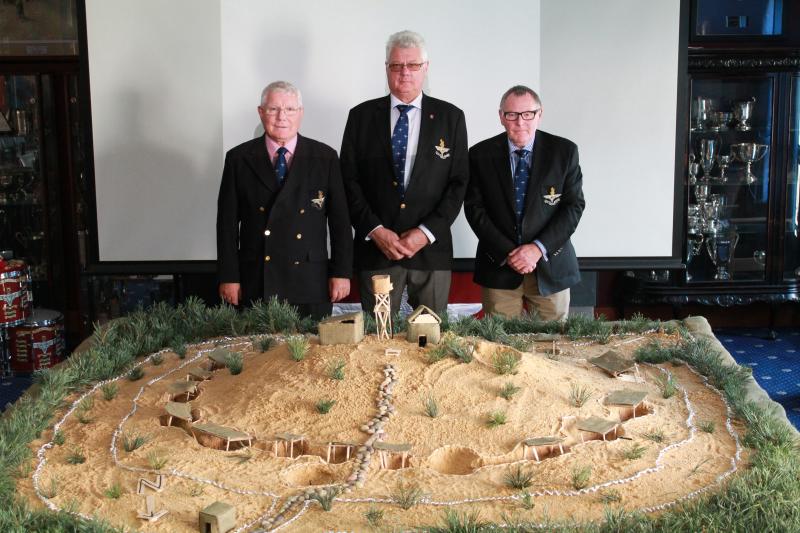 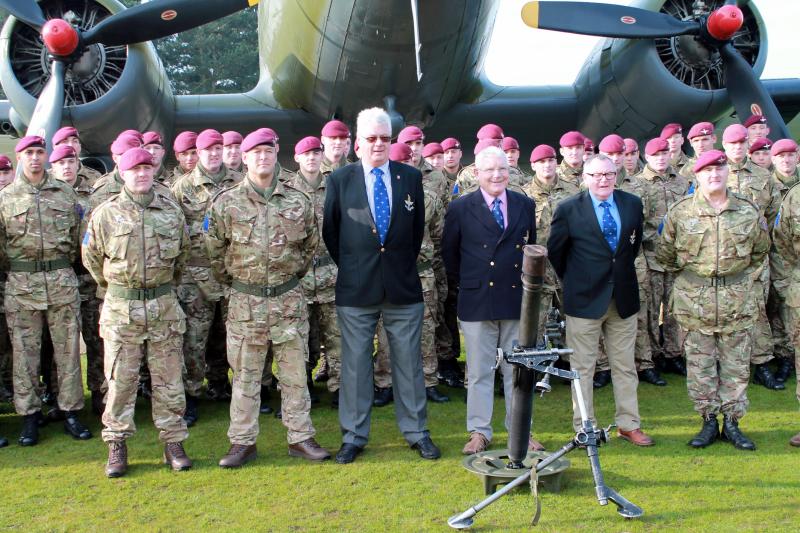 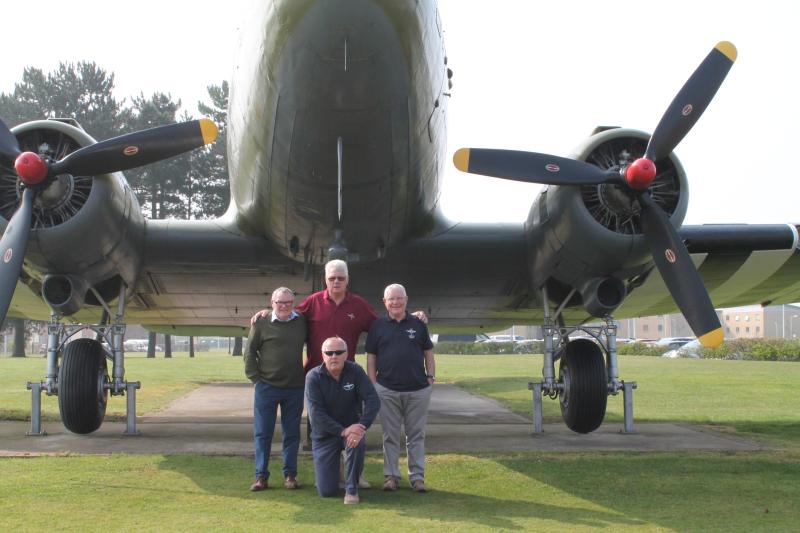 During the week of 6 April 2015, Gil Boyd and the three B Company 2 PARA veterans George Averre, Mick Murtagh and Les Simcock were hosted by Lieutenant-Colonel Kingsbury OBE, CO 2 PARA at Merville Barracks, Colchester.

Whilst there Gil gave an in depth overview of the Battle for Plaman Mapu in the presence of Major General James Bashall CBE (ex CO 2 PARA), CO 2 PARA Lt Col Kingsbury OBE, Officers and Senior NCOs of 2 PARA in front of a model of the camp at Plaman Mapu. The briefing model of the battle location was built by Patrol Platoon 2 PARA.

Later in April Major General Bashall is accompanying the veterans back to Plaman Mapu to lay a plaque on a cairn prepared by the villagers to commemorate the 50th Anniversary of the battle.

On the last day of the visit to Merville Barracks the veterans were gathered under the Dakota at Merville Barracks with current members of B Company 2 PARA…. a very fitting and emotional end to their visit to the Battalion who had laid on various stands during the week.