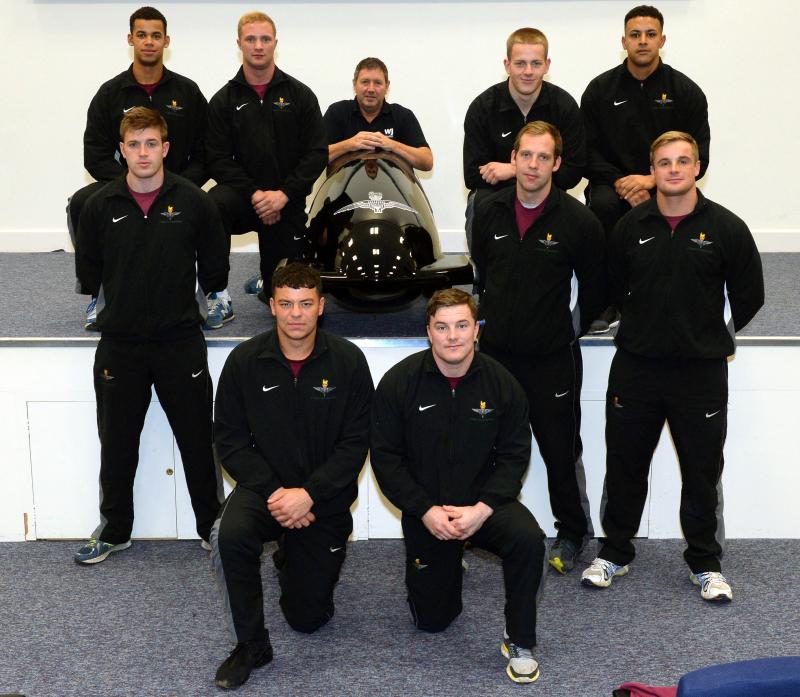 Paratroopers are preparing for the winter sports season with a brand new bobsleigh.

Soldiers from Colchester-based 3rd Battalion The Parachute Regiment are competing at the Army Bobsleigh Championships in La Plange in France in January. To help them on their way, the team has received a new competition bobsleigh funded by Active Essex and security and logistics firm Wilson James.

3 PARA has a good history in the competition, dominating the novice category in the 2012/2013 season by winning first, second and third and fourth place. They are hoping for a repeat of this success in the New Year with their new equipment and new team members straight from basic training.

Private William Summers, 21 from York, is one of the team’s newest members. He said: “When I joined the battalion in July I never thought in my wildest dreams that I’d be sitting in a bobsleigh going down an ice track at 75mph. We train eight times a week, doing a lot of weight lifting and also sprinting, and have just come back from a week in Austria where we have been learning to drive the sleds, it was mega.”

Gary Sullivan OBE, the chairman of both Wilson James and Active Essex, said: “Active Essex is an organisation that’s part funded by Sport England and part funded by Essex County Council. We promote people having an active lifestyle including everything from PE in school right the way through to elite athlete development. We facilitate people’s involvement in sport right across the county.”

Mr Sullivan, who served with The Parachute Regiment in the 1980s, said: “You never stop being a paratrooper, being back here is like being back in the family for me. I went to see the team training last year and became hooked on the sport. It’s great to be able to support 3 PARA’s bobsleigh team. The bobsleigh has got a Parachute Regiment capbadge on it so no-one will have any doubts about who’s driving it!”

Private Ivan Londal, 24, from Durban in South Africa, said “It’s brilliant to have this new sled, it’s far more advanced than the old ones that we have been using. It puts us in a good position to do really well this year. Two years ago, even though we were all novices, we were really successful. Now we are even more focussed and have some great new guys on the team. In January, we have the Army Championships in La Plange. Hopefully, off the back of that, some of us will be selected for the Army team to take part in the inter-services championships in March. “