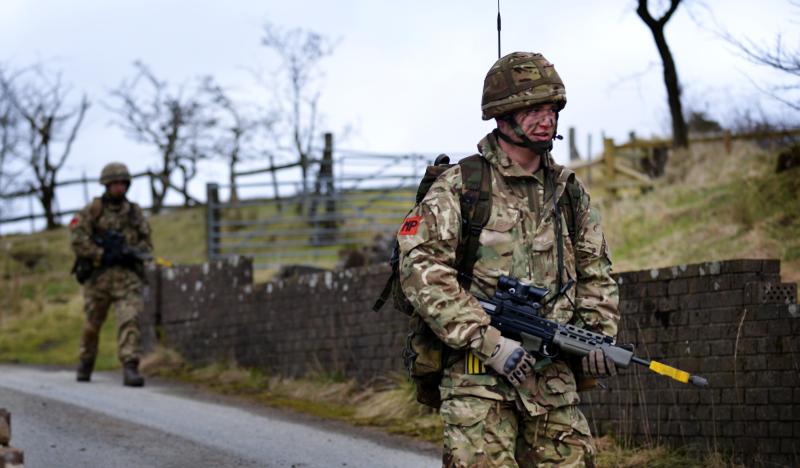 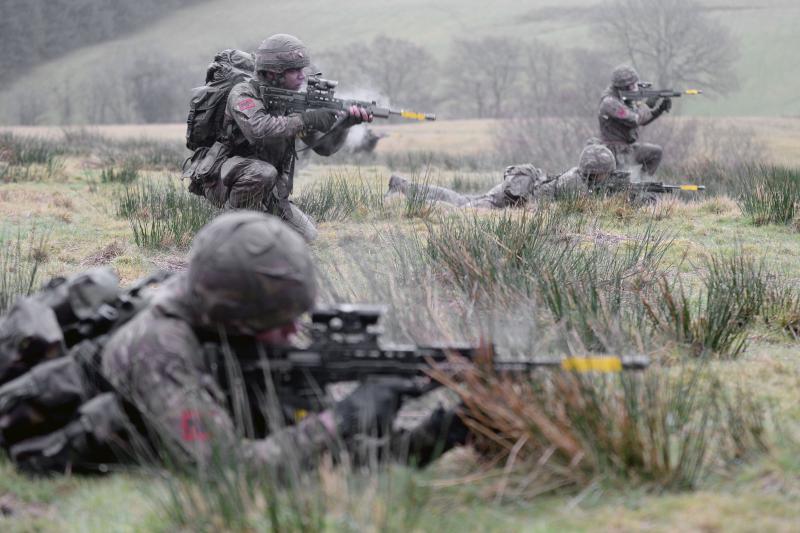 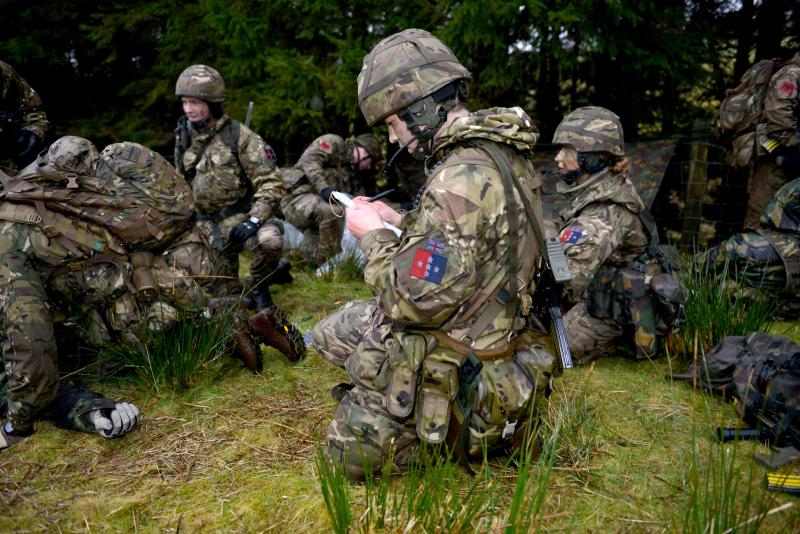 Military police have gone back to the past as they train for future operations with the British Army’s rapid reaction force.

Exercise Eagles Redcap has seen 156 Provost Company, 4th Regiment Royal Military Police (156 Pro Coy, 4 RMP) training in the harsh environment of Sennybridge in South Wales. The exercise placed the troops on a mission to support and train an ally’s security forces as they tackle an insurgency backed by a hostile neighbour.

The Colchester-based troops stayed in the field throughout the week-long training, relying on their boots to move through the rugged hills of the Brecon Beacons and the kit carried in their backpacks to do their jobs and live off. They practised the specialist policing skills of evidence gathering, detainee handling and route reconnaissance and signing, as well as the wider soldiering skills of infantry attacks, first aid and patrolling.

Captain Carl Ingham said: “This training is about preparing for our high readiness role with 16 Air Assault Brigade. With the end of operations in Afghanistan, we need to move on and train for different operations, environments and adversaries. That means relearning conventional military policing skills that have not necessarily been forgotten but weren’t needed in Afghanistan. There’s been a lot of dusting off of old doctrine and going back to our basic skills and drills, such as route signing.

“Sennybridge has proved the arduous and demanding environment that we wanted, but everyone’s performing well and morale is high.”

Lance Corporal Tom Dutton, 24 from Newark, said: “We’ve been actively patrolling on foot across the area to interact with the local population, setting up vehicle checkpoints and investigating incidents. It’s been tough, with cold weather, heavy rain and very boggy conditions underfoot, which adds to the fun!”

Lance Corporal Jasmine Clifford, 23, said: “This has been a challenging exercise that’s tested both our general soldiering and specific policing skills. I’ve only been with the company for eight weeks so it’s good to get out in the field to show my capabilities to everyone and better understand our particular role on operations.”

The training is 156 Pro Coy’s first major exercise since it moved from being a standalone company within 16 Air Asslt Bde to join 4 RMP. The change, carried out with the creation of 1 Military Police Brigade as part of the Army 2020 reforms, is designed to pool resources and best practice and ensure the independence of military policing.