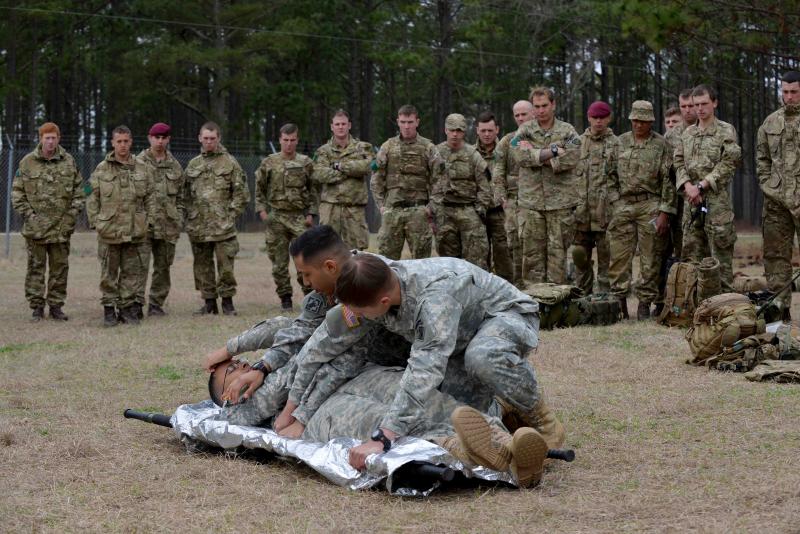 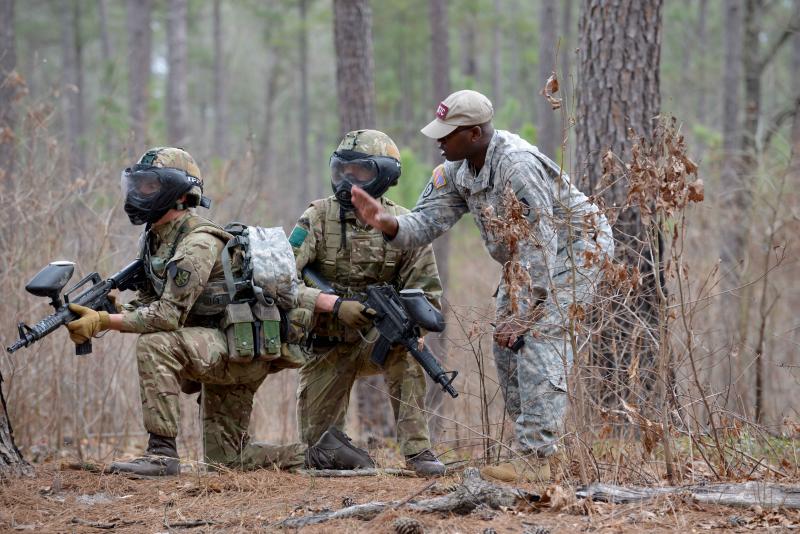 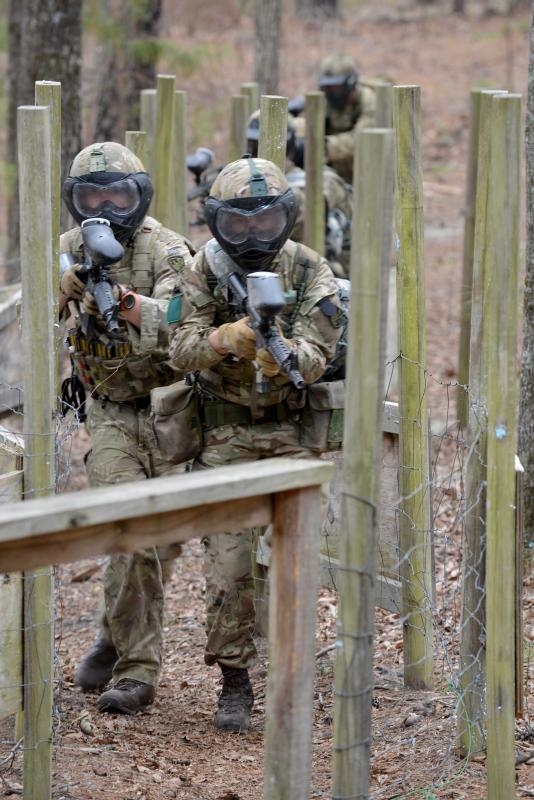 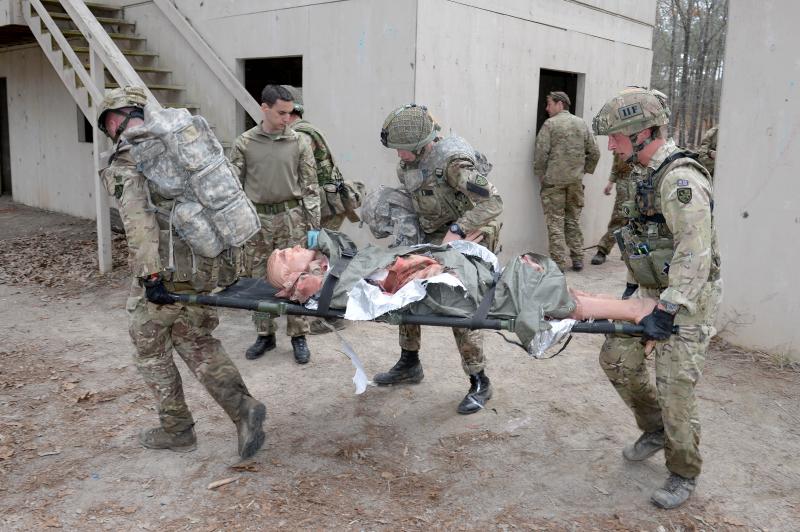 With smoke grenades exploding and under a withering fire of paintballs, paratroopers have been put under pressure as they train with US Army medical equipment and techniques.

A Coy 3 PARA is working alongside their fellow airborne infantry of 2nd Battalion, 325th Airborne Infantry Regiment (2-325th AIR), known as the White Falcons. American medics taught the British troops the medical drills and reporting procedures they use on operations. These skills were then tested on a battle run through the pine woods of Fort Bragg, North Carolina, which saw the paratroopers crossing obstacles and treating simulated casualties while under fire.

After leading his section through, 3 PARA’s Corporal Gavin Lovett said: “The paintball range gives a real sense of working under fire and adds extra realism. Once we started taking casualties you feel the pressure rising, but everyone stepped up and performed very well.

“Our work with the White Falcons is going really well and we’ve done joint urban training and medical skills with them so far. As paratroopers, we’ve got the same role and ethos and we’re pulling together well.”

Specialist Jared Ortner, a medic with 2-325th AIR, said: “I’ve been very impressed with the 3 PARA soldiers’ medical training and their willingness to learn. They really paid attention when I was teaching and thought about how to adapt their skills to the kit and techniques that we use in the US Army. Our equipment and practices are 80% the same to do the same job, but there are always differences.”

Some 1,000 troops from the 3 PARA Battlegroup are on the eight-week long CJOAX. The training is about developing the ability of the British and US Army’s airborne rapid reaction forces to deploy together in response to international crises. It culminates in a simulated mission in which 1,900 British and American troops and their equipment will be parachuted into a troubled region to work side-by-side to restore stability.