Pte Scaife is presented with the Mackenzie Award by WO1 Conductor Jules Rann, 17 March 2015. 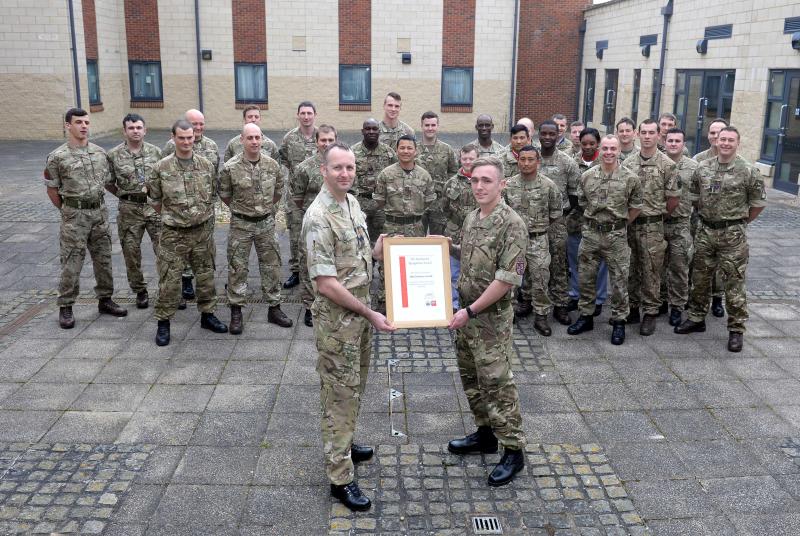 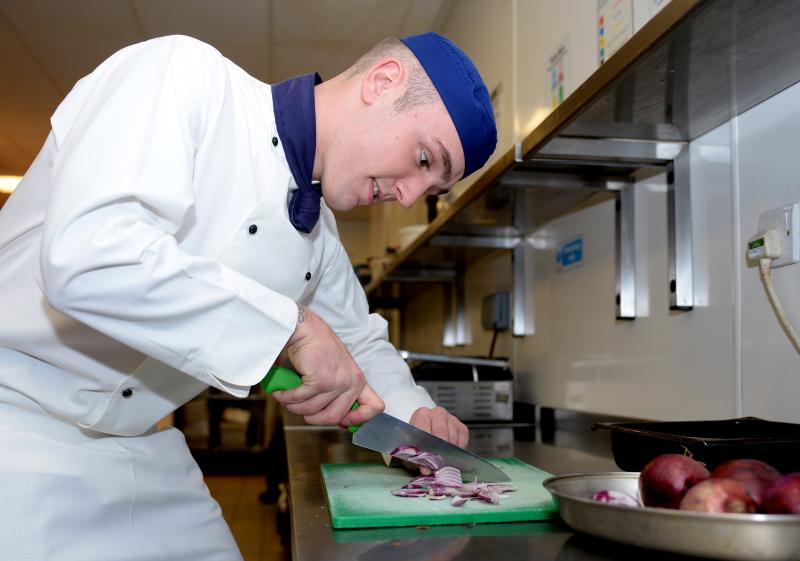 An Army chef from Greenstead has been recognised for his educational and charitable achievements.

Private Dominic Scaife, a chef with 2nd Battalion The Parachute Regiment, was presented with the Mackenzie Award by Warrant Officer Class 1 Conductor Jules Rann, head of the Army’s catering trade. The award is made every three months to a chef who has made outstanding achievements, either in or out of the kitchen.

Pte Scaife, 19, was recognised for scoring high marks in his Modern Apprenticeship in professional cookery. He has also organised a boxing night to raise money for a friend suffering from cancer and is one of the team of chefs who cook dinner once a week for homeless people at Colchester Night Shelter.

The former Colchester Academy pupil was presented with the award at Merville Barracks yesterday (Mon 16 Mar) in front of chefs from across 16 Air Assault Brigade.

Pte Scaife, who has been in the Army for three years, said: “I’m very proud that my sergeant and my NVQ assessor thought I was worthy of nomination for an award, let alone to win it! I enjoy my job and am very happy with the progress I’m making in my training and enjoy getting out to do other things. Cooking at the Night Shelter is particularly rewarding, and it’s nice to help out people less fortunate than I am.”

WO1 Cdr Rann said: “Everyone in the Army sees chefs working behind the hotplate in barracks, on exercises and operations and doesn’t think much more about us. Catering in the field is demanding in itself, but this award is about highlighting the wider achievements of our chefs.

“We had strong nominations from across the ranks for this award, from private to Warrant Officer Class 2, and picking out a winner was a difficult process. Private Scaife stood out for his all-round achievements and he should be rightly proud of himself.”