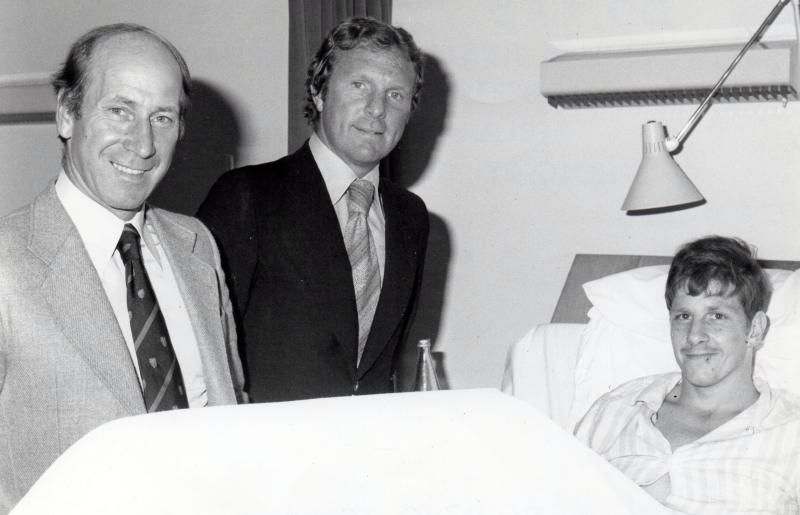 On the sporting side the Battalion has had mixed fortunes with some resounding successes and a few disappointing near misses. In soccer, for example, the Battalion won the Berlin League and the Berlin six-a-side competition. The team then fought its way through, to the final of the BAOR, Infantry Cup. The final, against 1st Battalion, Welsh Guards, was fiercely contested but ended in a draw, even after extra time. Two of our star players, L/Cpl Joey Lear and Lieutenant John Ibbotson, ended up in hospital so a depleted side took the field next day. They were unlucky to lose by a single goal - and that a penalty.