37 Pattern Waist Belt, Braces and Basic Pouches connected and worn on the mannequin from the Airborne Assault Museum, Duxford. 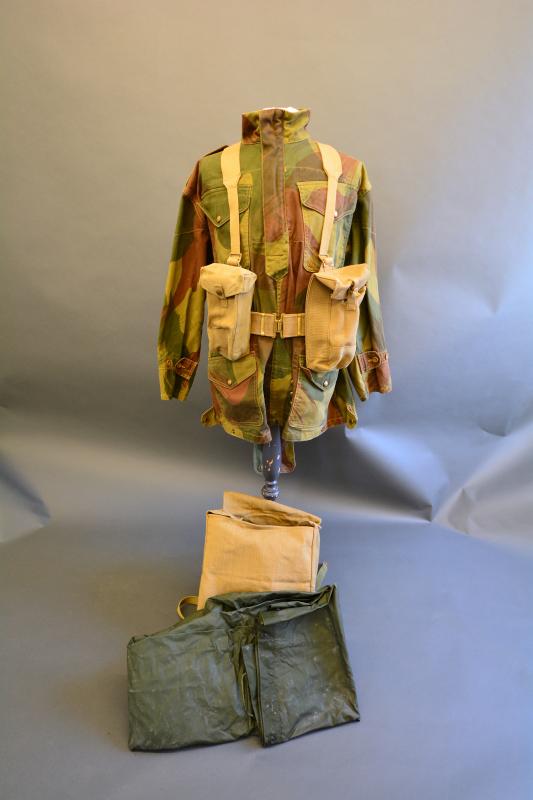 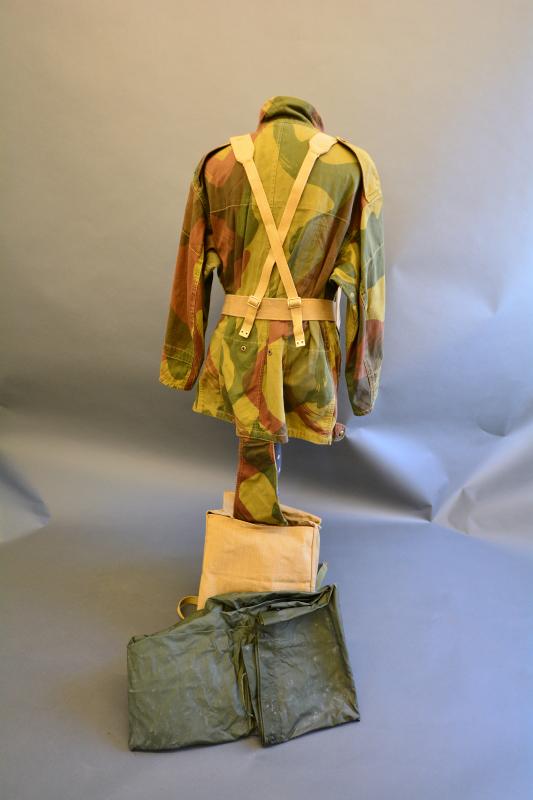 Here the belt, braces and pouches have been attached together and mounted on the mannequin.

The Large Pack is from the Airborne Assault Museums Collection and is one of several examples handed straight from stores to the museum upon the withdrawal of 37 Pattern equipment from use.

Following the ground sheet was a 37 Pattern waist belt and 2 basic pouches (for ammunition).

Interestingly they are of 2 versions - one button fastening and the other with a later issue quick release loop system. This demonstrates that recruits often got reissued equipment and had to make do!