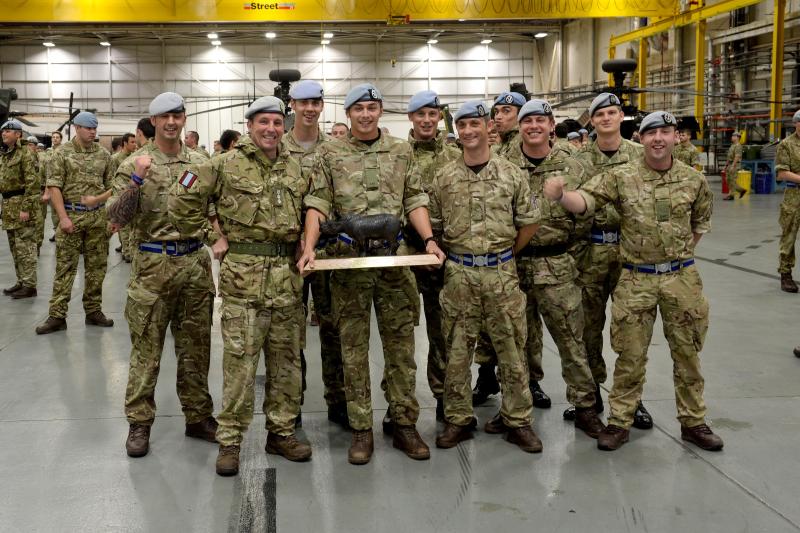 Soldiers who fly and maintain the Apache attack helicopter have competed against each other to be the best as they relearn the skills needed for future operations.

Staff Sergeant Gregg Allen, 36 from Great Yarmouth, said: “We’ve put a lot of effort in to preparing for the competition and we’ve been rewarded by winning. With the cycle of operations in Afghanistan we haven’t used some of the abilities we’ve been tested on today for some years. Doing this competition has been a good way of start relearning these skills, as well as bringing the units together and building team spirit.”

“It means a lot to win,” he said. “As HQ Squadron the frontline squadrons look down on us a bit, but we’ve proved that our skills are just as good.”

Colonel Etherington said: “The trophy was last presented in the 1980s and was sitting at Army Air Corps headquarters, so a call went out for units to use it. I came up with the idea of a competition to test our sub-units, both on how they operate the Apache and their general military skills.

“We operated the Apache in Afghanistan for eight years and Camp Bastion was a hardened and secure area to work in with a steady pattern of training and deployments. We didn’t need to use our wider military skills, and this competition is about resetting our mindset and refreshing the skills we need to operate in austere environments anywhere in the world.”