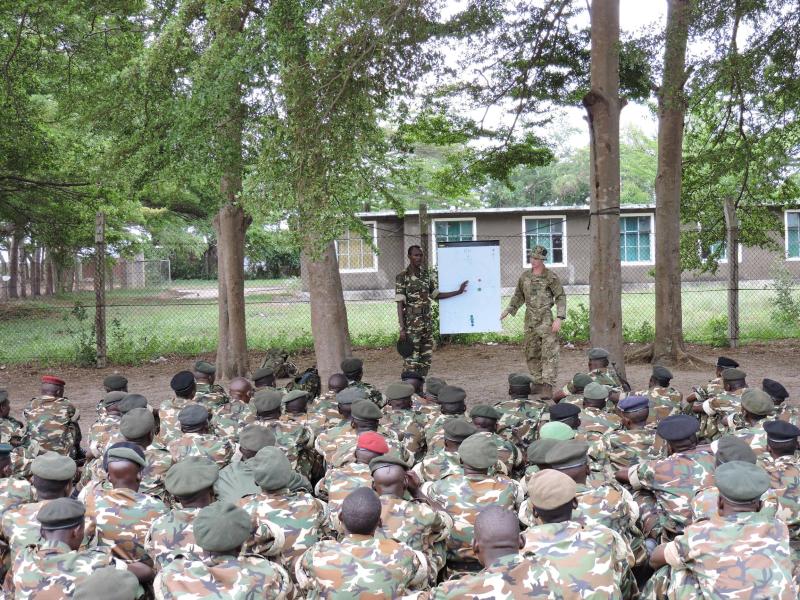 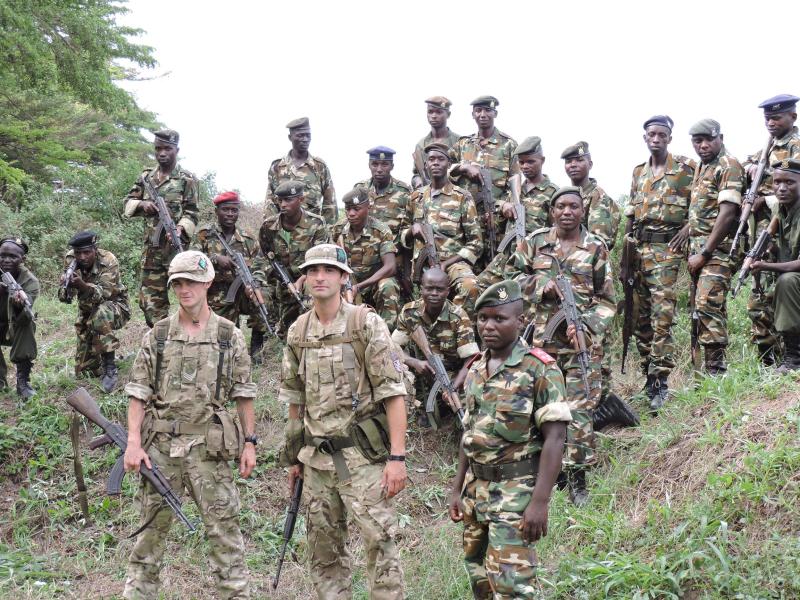 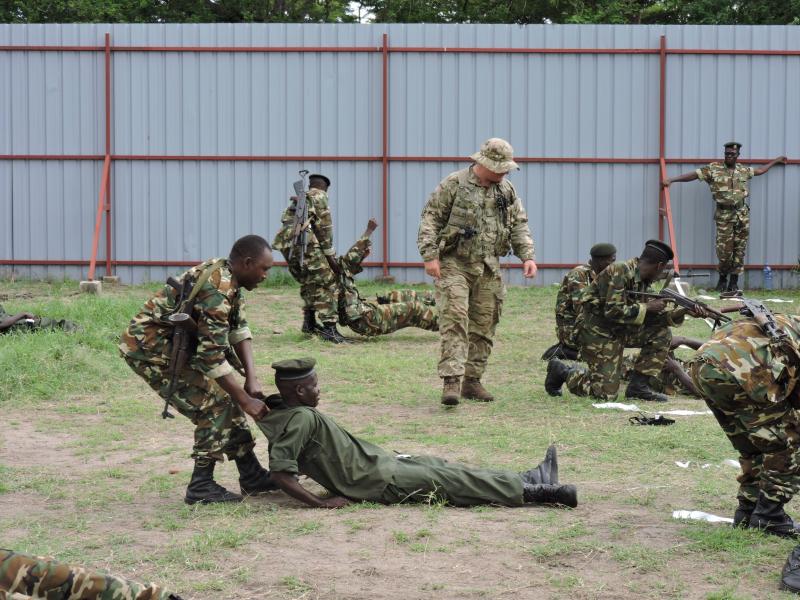 The deployment of 1 R IRISH and 2 R IRISH in this joint Short Term Training Team (STTT) confirms the success of the pairing of the Reserve and Regular Battalions. The working relationships forged between the Battalions during operations are now being used to great effect to support STTTs such as this. The wealth of mixed experiences that the different members of the team, both regular and reservist, bring to the task is greater than the sum of its parts. Ideas can be discussed and viewed from different perspectives to give a more rounded way forward and, more importantly, suitable for working with the Burundi soldiers.

It was also an opportunity for those conducting the training to develop personally and professionally. Sgt Stewart from 1 R IRISH explained “working under and with 2 R IRISH adds a different dimension to training. They are hugely experienced in Africa and they can think about problems differently to produce results best suited to the local military solutions. Working with 2 R IRISH and training the Burundians was a fresh and new challenge that I relished.”

Sergeant Richard Aicken from Ballymena gave his impression of the deployment and the Burundian soldiers he had worked with, “This has been one of the most rewarding experiences of my professional career as a member of the Army Reserve. The positive attitude, enthusiasm and willingness of the Burundian soldiers to learn have greatly added to the satisfaction.”

Over the course of the two weeks the Team delivered a training package, with the initial part of the training concentrating on basic level patrolling skills by day and night, FOB routine and C-IED training. The culmination of the training was a confirmatory 72 hour final Exercise where the soldiers had an opportunity to practice the skills learnt during the training and also plan and execute their own operations.

The training culminated in a Certificate Ceremony for the soldiers of 30 Battalion BNDF on Friday 10 October. The soldiers now await a date to deploy for their yearlong tour of Somalia’s Sector 5.