A member of the Airborne Task Force taking part in Exercise Joint Warrior on the DZ, 2012. 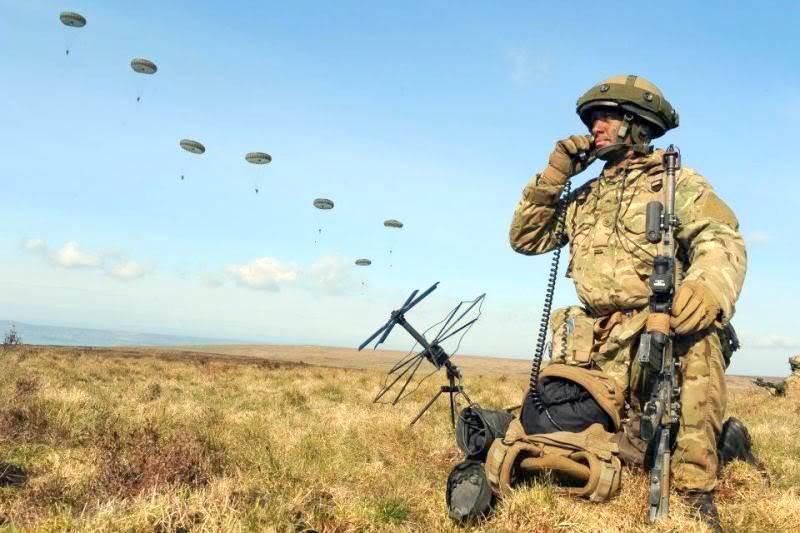 The operation took place in South West Scotland between 15-21 April and focused on a Theatre Entry operation into a notional country.

The Airborne Task Force (ABTF) used a combination of parachute, air assault and Tactical Air Landings (C130 Hercules) to seize and secure the airfield at West Freugh in a military exercise that involved more than 1600 troops, supported by Apache, Chinook, and RN Sea King Helicopters from the Joint Helicopter Force. RAF Fast Jets and support aircraft, as well as several US, French aircraft and French personnel from 11 Parachute Brigade also supported the exercise.