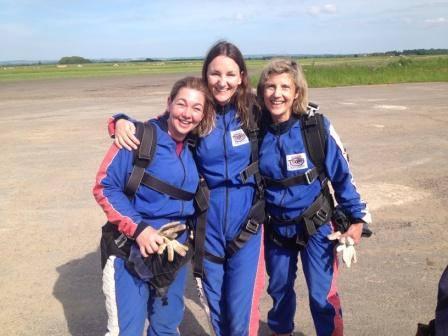 To commemorate the 70th anniversary The Parachute Regiment Charity held a commemorative skydive on the 7th June at Skydive Hibaldstow.

Although hoping for 70 jumpers to mark each year passed since D-Day, we fell a few short, but this didn’t dampen the enthusisam for the jump, with some people even going back up for more!

The weather forecast for 2014 wasn’t much better than it had been in 1944 and so a few of the jumpers decided to either bring forward their jump or postpone it to a later date. No such luxury existed 70 years ago!

One group, calling themselves ‘The Nutty Floaters’ and made up of Helen Joyce, Cathy Austin, Laurence Gonzalez-Caravajel, Athene Roy, Andy Parker, Dale Parker jumped on the anniversary of D-Day itself (6th June) and raised a staggering £1785.00 between them.