The Bricklayers Arms Troop 75 mile march to raise funds for The Para Charity, 2014. 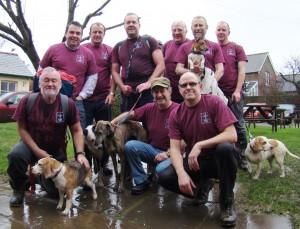 On 17 September 1944, the plan devised by Montgomery to end the war by Christmas commenced, flying 35,000 US, Polish & British paratroopers 63 miles behind German lines in an attempt to capture with “thunder clap surprise” the bridges between Lommel in Belgium and Arnhem in Holland.

To commemorate the 70th Anniversary, the ‘Bricklayers Arms Troop’ undertook a 75-mile march in memory of the soldiers who did not return, crossing each of the nine bridges during their five day route march and raising funds for the Para Charity.

To read more about how the team got on please go to: http://paracharity.org/operation-market-garden-2014/