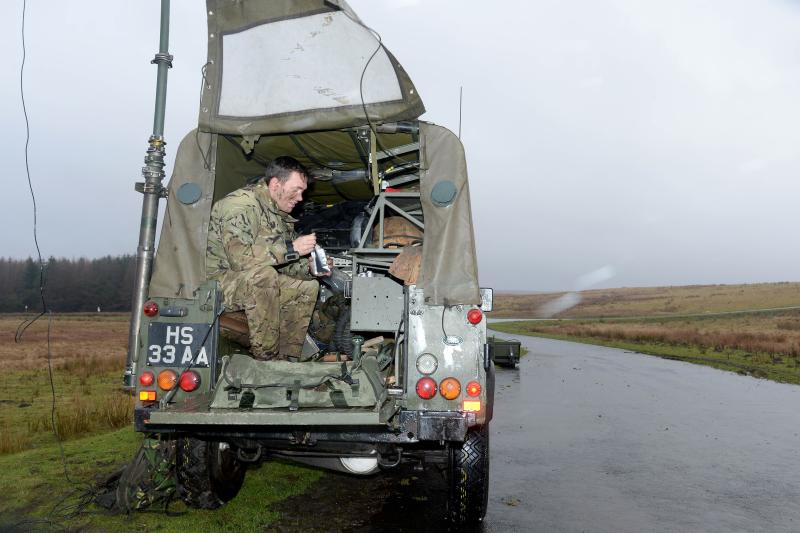 From demolishing roadblocks to building helicopter landing sites, Regular, Reservist and French engineers have trained together to ensure the British Army’s rapid reaction force can fight, move and live.

Exercise EAGLES BUILD has seen 23 Engineer Regiment (Air Assault) work alongside gunners, medics and signallers from 16 Air Assault Brigade to practise the engineering skills needed to allow other units to carry out their roles.

The two-week long exercise, in the harsh climate and unforgiving landscape of Otterburn Ranges in Northumbria, placed troops in a country facing the threat of invasion by a hostile neighbour. Their role was to strengthen the country’s defences and be ready to resist any attack.

The sappers, based at Woodbridge in Sufffolk, were joined by Reservists from 299 Parachute Squadron Royal Engineers and French troops from their sister unit 17e Regiment du Genie Parachutiste.