Paratroopers from 3 PARA at Kinloss Barracks for Exercise Joint Warrior 2014. 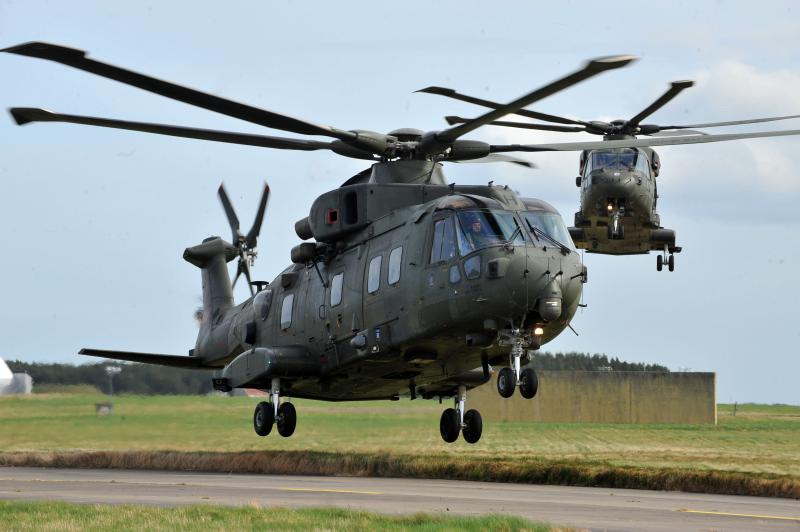 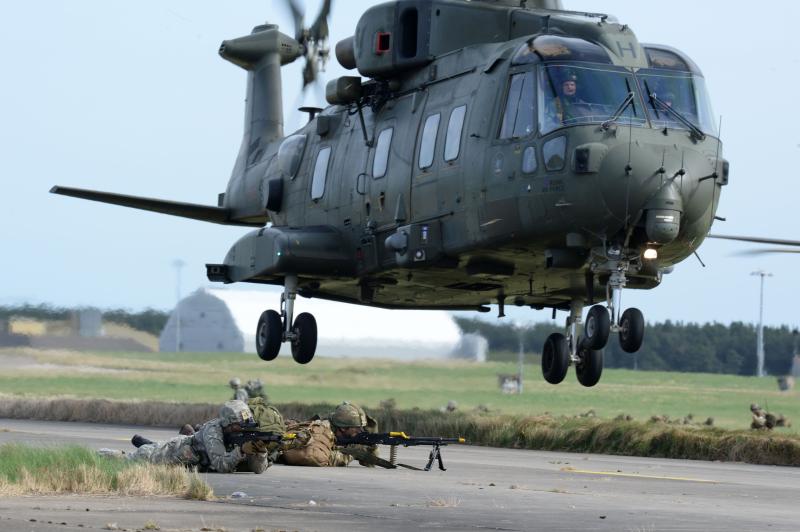 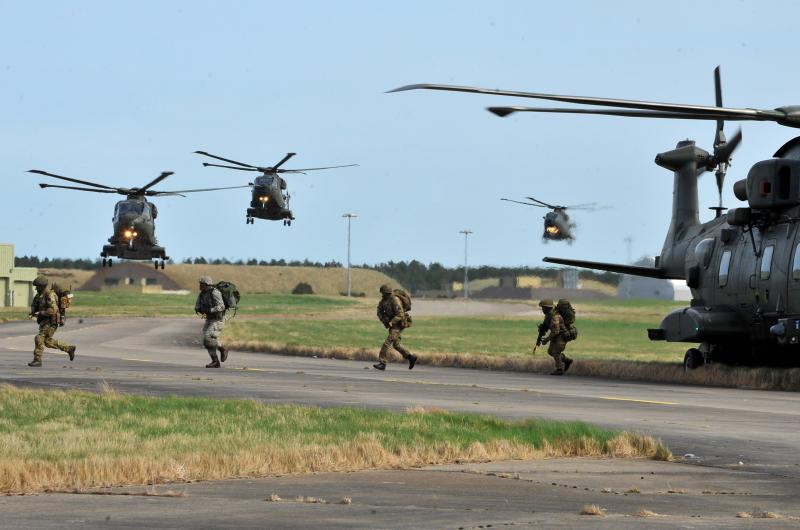 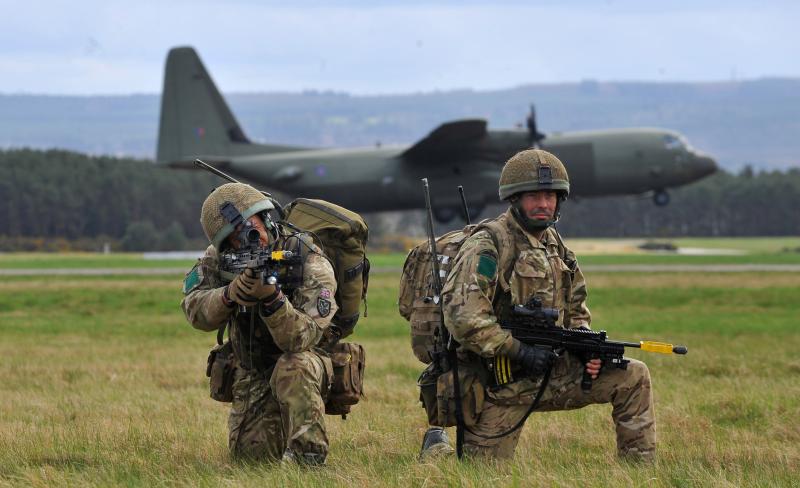 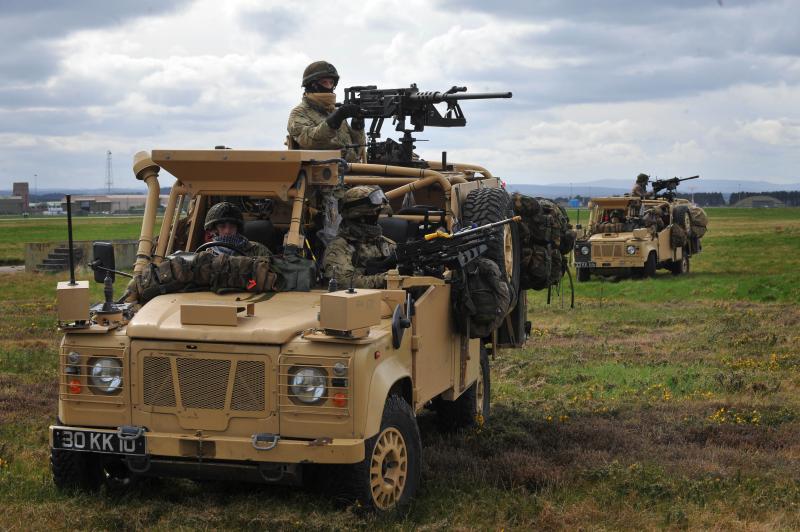 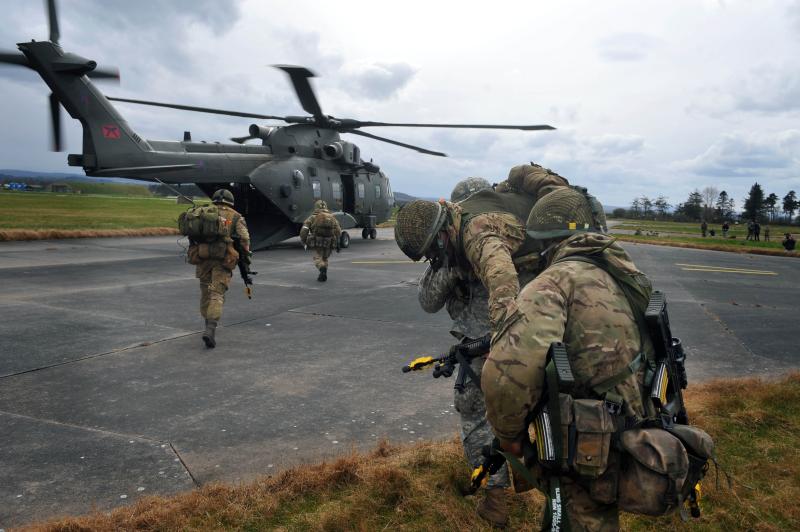 The British Army’s rapid reaction force has demonstrated the unique reach and agility that its specialist air manoeuvre capabilities provide to the military.

Troops from the 3 PARA Battlegroup landed at Kinloss in Chinook, Merlin and Puma 2 support helicopters, protected by Apache attack helicopters, to assault the airfield. Once secured, more troops and heavier equipment were delivered across the day by C-130 Hercules transport aircraft.

Airfield capture is a key skill required for the brigade’s role as the Air Assault Task Force, which is ready to deploy anywhere in the world at short notice to conduct the full range of military operations from non-combatant evacuation operations to warfighting.

The operation was planned and launched from West Freugh, some 250 miles away near Stranraer. The troops deployed from their base in Colchester last week, passing through the Joint Air Mounting Centre (JAMC) in South Cerney, Gloucestershire, for vehicle and personnel checks. On Saturday (5 Apr) they took over West Freugh from 3 Commando Brigade Royal Marines and carried out battle preparations. Kinloss will now be established as a base for further missions, which could include helicopter-borne infantry strikes and stabilisation operations.

The 1,600-strong 3 PARA BG deployed on Joint Warrior is built around the airborne infantry of 3rd Battalion The Parachute Regiment bolstered by artillery, engineers, medics, signallers and logisticians from 16 Air Assault Brigade. The 600-strong Joint Helicopter Force, part of the Joint Helicopter Command, which includes Royal Navy, Army and Royal Air Force helicopters providing transport, attack and reconnaissance support to troops on the ground, is being commanded by the brigade’s 3 Regiment Army Air Corps, based at Wattisham in Suffolk.

“This is realistic and well-resourced training that reflects the type of operations that the brigade could be called on to do, both in terms of the tactical challenges and their expeditionary nature. The mission we have achieved in a short space of time, and what we will go on to do across the exercise, is a powerful demonstration of the unique flexibility, reach and agility of airborne and air assault troops.”

Exercise Joint Warrior involves 13,000 military personnel from eight countries, more than 30 warships and 25 different types of aircraft and helicopters. Taking place twice a year, the training aims to test how the Royal Navy, Army and Royal Air Force work together and with allied forces.