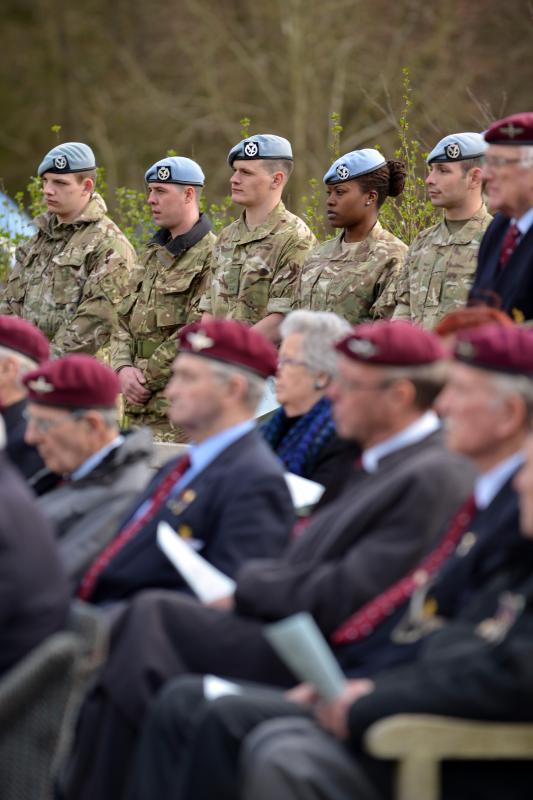 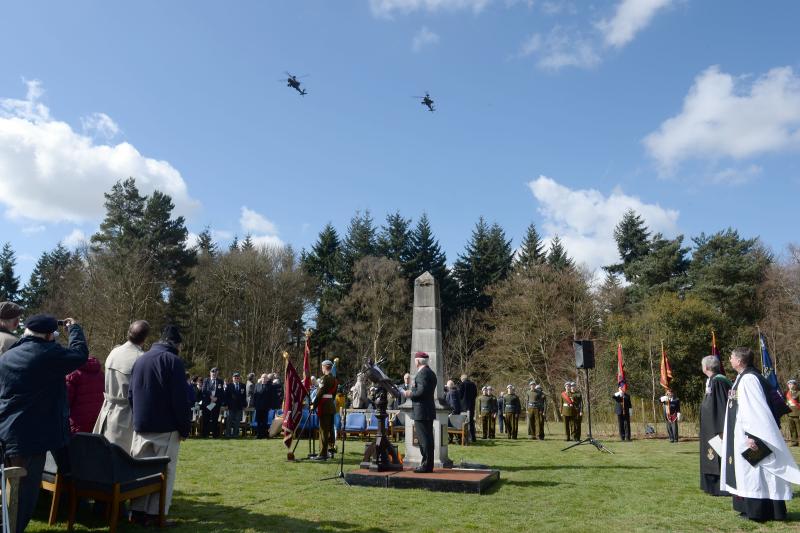 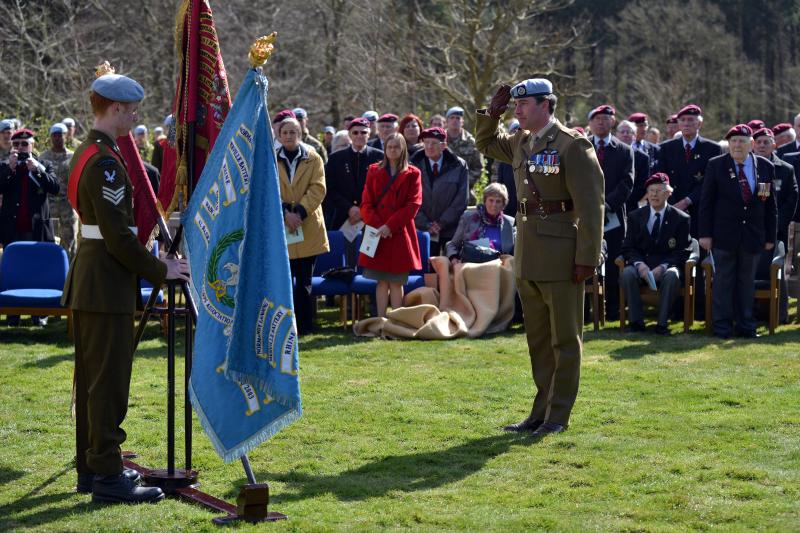 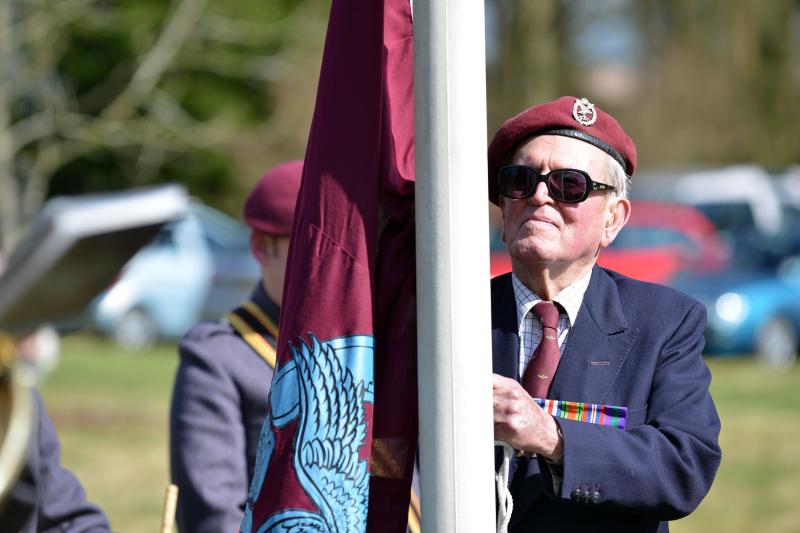 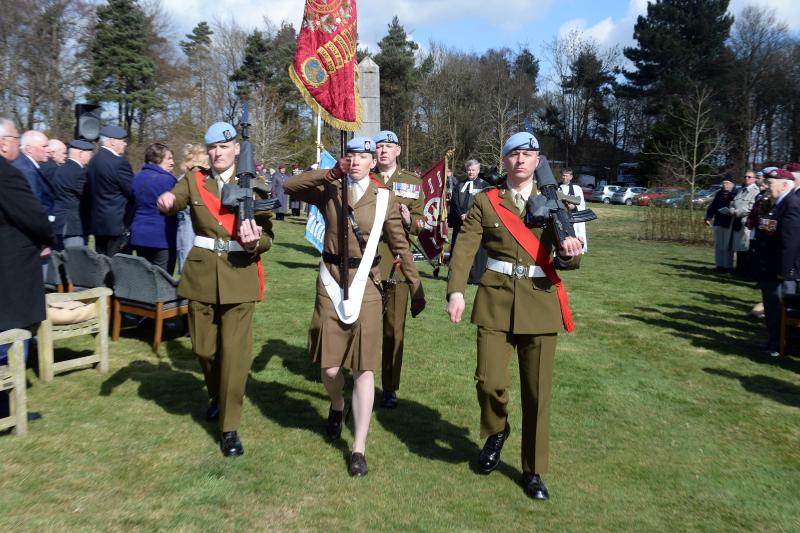 Soldiers past and present joined together to commemorate the anniversary of the largest airborne operation of the Second World War.

Operation Varsity saw 40,000 British and American troops landed by glider and parachute in March 1945 to successfully secure a bridgehead across the River Rhine, opening the way for the final advance into Germany.

Today (Mon 24 Mar) a service at Marks Hall, near Colchester in Essex, marked the 69th anniversary of the mission and particularly the Glider Pilot Regiment’s involvement. The Regiment, which was disbanded in 1957 and absorbed into the Army Air Corps, had 98 pilots killed and 77 wounded on the operation. Of 416 British gliders that took part, only 88 were undamaged.

Marks Hall was the headquarters of the RAF’s 296 and 297 Squadrons, which were based at nearby Earls Colne Airfield. On Operation Varsity the squadrons’ Halifax transport aircraft towed into action 60 Horsa gliders carrying troops from the British 6th Airborne Division. The estate, now an arboretum, features a memorial in the form of a scale replica of Earls Colne’s runway layout.

The annual commemoration is organised by 4 Regiment Army Air Corps, which is based at Wattisham in Suffolk and flies the Apache attack helicopter, with the unit’s 664 Squadron currently deployed on operations in Afghanistan.

Today’s event saw soldiers from the light blue berets of 4 Regt AAC soldiers on parade match the headdress of veterans in attendance, with music from the Band of The Parachute Regiment and a flypast by two Apaches.

Major Simon de Labillière, the Regiment’s acting commanding officer, said: “It is both a privilege and an honour for the Regiment to serve as the custodians of the memory of Operation Varsity. It is particularly significant for us to be here today to honour past operational achievements while one of our squadrons is deployed in Afghanistan.

“The wartime achievements of the Glider Pilot Regiment to deliver troops to the battlefield are astounding, given that they were flying gliders made of wood and had only crude instrumentation to assist in their flight and navigation. It is important that our soldiers have the opportunity to mix with veterans and learn about their experiences, which help to create the sense of identity, history and purpose that is behind our current achievements on operations.”

David Brook, who is chairman of the East Anglian branch of the Glider Pilot Regimental Association, suffered shrapnel wounds when the glider he was piloting was hit after it landed near a German artillery position.

The 91-year-old said: “The importance of this service is to honour our colleagues who didn’t come back and to keep alive the memory of a very successful operation. The experience of war is not something that you can really describe, or want to, and what is important to me is to remember the faces of the friends I served with. Many of them died on Operation Varsity and as the years go by the number of surviving veterans gets fewer.”

The event marks the start of a significant summer of anniversaries for Airborne Forces, with 2014 marking the 70th anniversary of D-Day in June 1944 and Arnhem in September 1944, with commemorative events planned in Normandy and Holland.