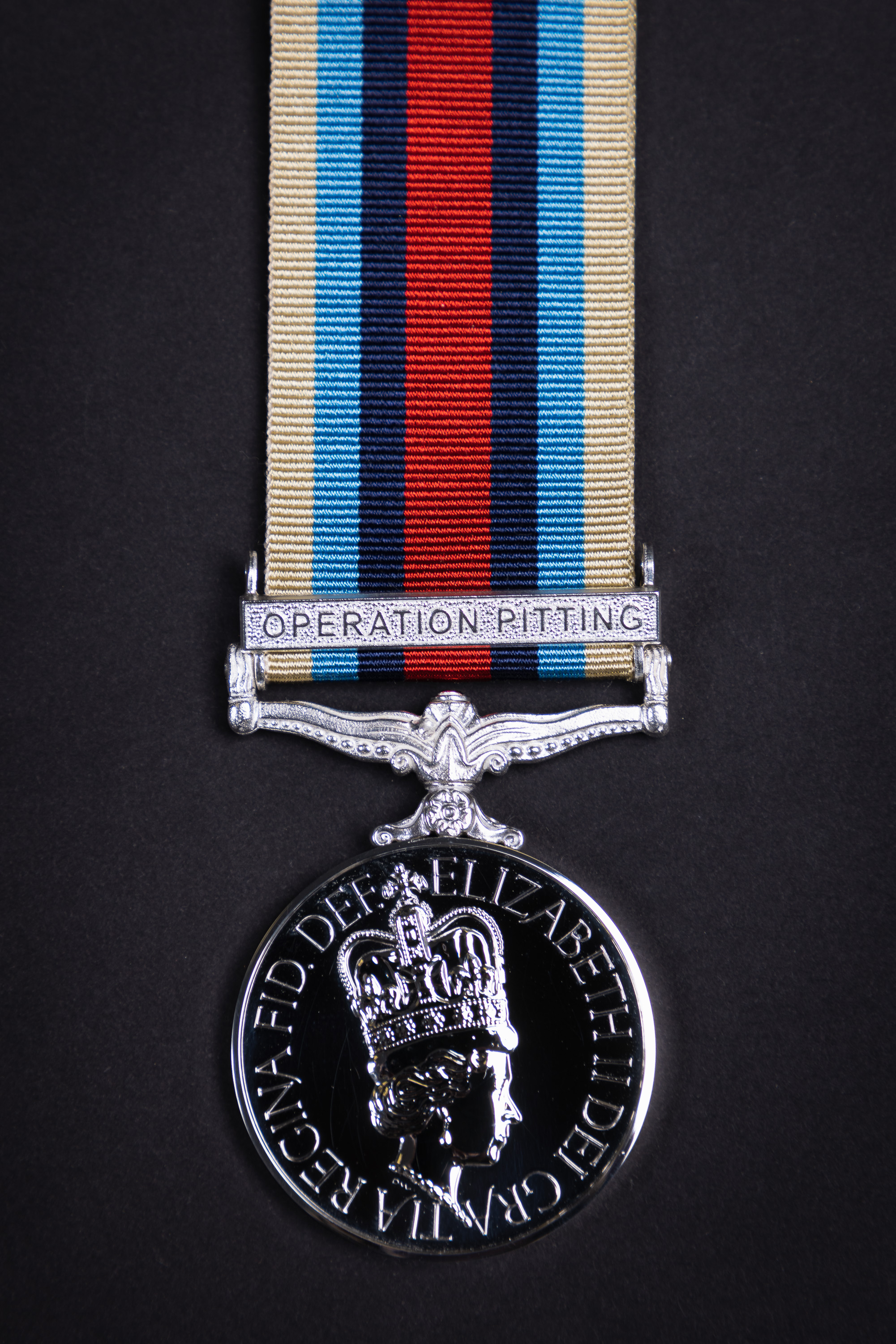 Members of the Armed Forces who were deployed in August 2021 to support the evacuation from Afghanistan will receive medallic recognition for their contribution. This was the largest humanitarian aid operation in over 70 years.

Personnel from across the Royal Navy, British Army and Royal Air Force will receive the Operational Service Medal (OSM) Afghanistan, with its own distinctive clasp, for their involvement in Operation Pitting – an evacuation effort to airlift thousands of Afghans and British nationals from Afghanistan as the Taliban seized control of the country.

“I’m delighted that Her Majesty The Queen has given permission for a special medal to be awarded to all those who deployed to Kabul,  to honour their heroism in the face of extreme adversity.

“Operation PITTING will go down as one of the great achievements of our UK Armed Services and their civilian counterparts in the post-war era. The whole country can be immensely proud of their tireless work to bring men, women and children to safety. They represent the very best of us.” Commanded from the UK’s Permanent Joint Headquarters in Northwood, Operation Pitting began on 13th August 2021 and assisted those eligible for relocation to the UK under the Afghan Relocation and Assistance Policy from Afghanistan. During this period of humanitarian crisis, the military provided food and water, clothing, medical supplies and hygiene products for evacuees and policed the airport alongside multiple forces from across the world. 16 Air Assault Brigade put 600 soldiers on the ground to provide force protection and logistical support to the vast operation at Kabul Airport.

The RAF also completed a record-breaking flight with a passenger number of 439 on a Globemaster.

“As the security situation worsened by the hour, our service men and women stepped up and delivered the largest British evacuation since the Second World War. They will rightly receive medallic recognition for their efforts.

“I would like to thank them, and all our service personnel, on behalf of the public and UK Government for safely evacuating endangered Afghans through some of the most desperate scenes imaginable. You have done us all proud.

“Following approval from Her Majesty The Queen, they will now receive the medallic recognition their efforts deserve.”

The medal is the existing OSM Afghanistan, but with an 'OPERATION PITTING' clasp. Those who already have the OSM Afghanistan with the 'AFGHANISTAN' clasp will receive the new clasp to affix to the ribbon. The medal is silver and circular in shape.

No personnel awarded this decoration